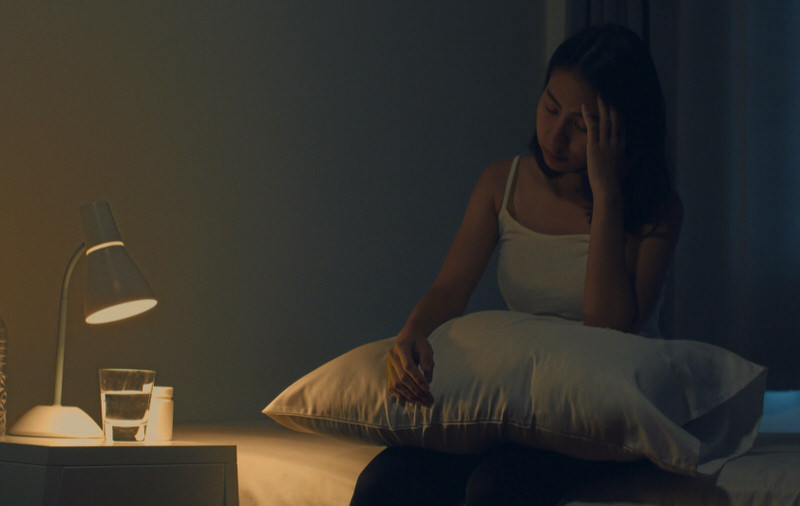 There are various ways, each taking a different response time, to get aspirin out of your system. The list includes dialysis, gastric lavage, alkaline diuresis, activated charcoal, physical exercise, medical therapies, and avoidance of salicylate-rich products, among many others. Aspirin usage also causes a deviation from normal platelet aggregation, which normalizes a few days after stopping aspirin usage.

Centuries ago, a Greek physician found out that the bark of willow trees could cure pain and fever. Acetylsalicylic acid, also known as aspirin, could probably be the ingredient in the bark of the willow tree that caused the fever and pain relief.

Today almost every average person may at some point have used aspirin for treatment or prevention of specific body ailments. Besides treatment of pain and fever, aspirin may sometimes get used to prevent strokes and heart attacks.

Due to the great relief in the medical world, aspirin got overused, and the side effects in wrongly administered proved life-threatening.

Aspirin poisoning, its symptoms, and cures

Although aspirin may be pretty invaluable as a medication, it might amount to toxic levels in the body. Aspirin poisoning can occur accidentally, such as to children who find the drug in reach and ingest it innocently.

When aspirin poisoning occurs, it elicits several notable symptoms in the victims. In extreme cases, you may witness instances of ringing in the ears, vomiting, dehydration, double vision, fever, hyperventilation, and even fainting and convulsions.

Another way of noticing aspirin poisoning could be when someone confesses having taken excessive aspirin, notwithstanding the motives.

However, when these excessive poisoning episodes happen, medics must make sure they have the correct diagnosis of excessive aspirin in the body and thus proceed to get it out of the victim’s body.

There happen to be several ways of getting aspiring out of the body system, which varies in methodology, extent, and even time.

Activated charcoal may get administered to help remove excess aspirin from the body. Other methods may include; dialysis, intravenous fluids, alkaline diuresis, and in extreme gastric lavage may get done. The stomach contents get emptied during gastric lavage to prevent aspirin from being further absorbed in the body.

Among many other things, the several procedures used to take aspirin out of our system determine the speed it takes. We shall discuss some of them herein.

Procedures to get aspirin out of your system

When you ingest something, it goes straight to the stomach, where it may end up staying for a while for the process of digestion to kick off.

Drugs, on the contrary, tend to begin being absorbed into the body almost immediately after being broken down by gastric fluids.

A tube gets introduced in the nose through the nasal cavity during gastric lavage. The tube further goes into the esophagus, all the way down to the stomach. Suction may then be applied to the tube to suck out all the contents of the stomach that happen to contain the aspirin.

The process of gastric lavage happens to be most effective in the short period following aspirin poisoning. The period of up to four hours after ingestion may be when gastric lavage may play an essential role in preventing any further absorption of aspirin into the body.

Over-staying after aspirin poisoning may convince physicians to rule out gastric lavage and opt for other ways since most aspirin has gets absorbed into the bloodstream.

When aspirin gets absorbed into our systems, it may later break down to form several waste products. Therefore, the blood may fill with aspirin and many related waste products.

Kidneys serve to functionally remove such toxins and waste products from the body and the blood.

In aspirin poisoning, there may be a build-up of toxins in the blood that needs to get removed. Such high levels of aspirin may tend to be too high or too risky for the kidneys to handle on themselves. Therefore the need for using dialysis becomes indisputable.

Dialysis may get conducted using hemodialysis in which a dialysis machine may be used or through peritoneal dialysis during which dialysis fluid is introduced into the abdominal cavity to interact with the peritoneal fluid, thus cleaning the blood of waste products such as aspirin.

Centuries ago, scientists discovered that activated charcoal could be used as an emergency gastrointestinal decontaminant after a parson has ingested almost any toxic drug or chemical.

Activated charcoal effectiveness gets based on the fact that it reduces the rate of absorption of any toxic substance by almost 60%. Moreover, activated charcoal combines with many other poisonous substances to lower their toxic nature.

Most doctors and first aid experts prefer activated charcoal over other decontaminants because it happens to be tasteless, odorless, fine, and works both in the stomach and the intestines.

Activated charcoal also comes in importantly after gastric lavage to prevent further absorption that may not have been taken care of by the gastric lavage.

Notwithstanding the emergencies in which medical practitioners use activated charcoal, a doctor must administer it. After determining the correct dosage per the victim’s weight, the administration should be after selecting the proper dosage.

In the case of aspirin poisoning, you should seek a doctor’s prescription of activated charcoal to reduce the absorption of more aspirin into your system. The less the aspirin gets absorbed into your body, the faster it would be to get it out of your system.

Alkaline diuresis may be a very convenient way of reducing the salicylate, the contaminant found in aspirin, from the body.

During the process of alkaline diuresis, a person who might have had aspirin poisoning gets compounds that alter the chemical composition of the blood so that it becomes easier for the kidneys to remove the aspirin from the body system functionally.

The process of alkaline diuresis stands out and happens to be very independent of dialysis. During alkaline diuresis, intravenous tubes come in handy to introduce the alkaline compounds into the body, whereas dialysis occurs in a machine that might be separate from the body.

Specifically, an alkaline compound like sodium bicarbonate may make urine and the blood less acidic. When the blood and urine become less acidic, the kidneys likewise become encouraged to capture more salicylate to eave the body through the urine.

During alkaline diuresis, you may find out that other compounds such as potassium may be used. Such compounds aid the entire process, and their deficiency may be detrimental to the body.

Potassium may be notable by its function of maintaining the blood acid-base balance.

Aspirin contains salicylate, which is the primary contaminant. Anyone who might be experiencing aspirin poisoning might have to consider avoiding all products that have salicylate in them.

Others may choose to prevent salicylate-rich products due to a condition known as salicylate intolerance.

Products that contain salicylate that you may need to avoid may be fruits such as prunes and raisins, vegetables such broccoli and cucumbers, spices such as curry and cinnamon, and beverages such as rum and wine.

You should avoid substances that contain salicylates, such as drugs containing aspirin, mint-flavored toothpaste, perfumes, and shampoos. Others include conditioners, mouthwash, lotions, medications, and various preservatives.

During treatment for aspirin poisoning, several medical therapies are carried out that may play a crucial role in stabilizing our bodies and buying us enough time to get more specific treatment.

The therapies mentioned above may not specifically reduce aspirin levels in our bodies. Still, the role they play in the entire procedure of reducing aspirin in our bodies is quite invaluable.

Due to increased metabolism during intense exercise, sweating also regulates body temperature during such moments.

In the event of long-term aspirin usage or any aspirin poisoning, physical activities such as labor-intensive work, sports, and physical workouts can be used both as a substitute to other medications.

Physical exercise also enhances other bodily functions such as good kidney functioning and a proper acid-base balance in the body. The mentioned factors altogether play a vital role in getting rid of aspirin and other possible toxins and contaminants from our bodies.

Physical exercise cuts across as a gradual and relatively slower method in taking aspirin out of our system.

How long will it take to get to normal after stopping aspirin?

You may not entirely return to normal after stopping aspirin. People who use aspirin are at a considerable risk of suffering a cardiovascular event once they quit using aspirin abruptly.

Such cardiovascular events may include heart attacks and stroke, which may be fatal or very detrimental to anyone’s health.

How long does blood take to return to normal after stopping aspirin?

The period blood takes to return to normal after stopping aspirin usage may vary from 3-6 days depending on the dosage and the period you have been using aspirin.

Decades of medical drug usage from time to time have taught me several things that I may here and now wish to share with you and maybe see whether they can be either applicable or helpful to you.

Always get the proper diagnosis and prescription and avoid over-the-counter medications for treating non-diagnosed symptoms. If you follow those two simple principles, no drug, not even the commonly misunderstood aspirin, will ever be a hurdle for you.