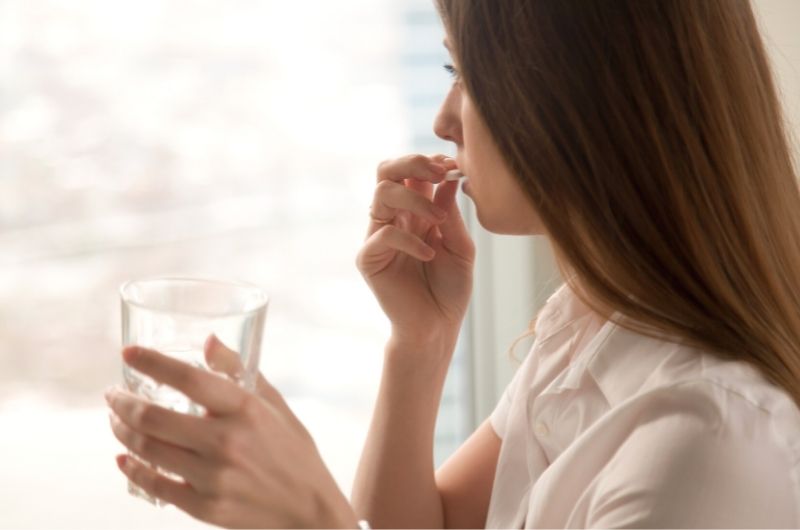 Aspirin has varied uses for different people. Some take it once in a while to treat common issues such as headaches, period cramps, muscle strain, fever, or cold and flu. Others might take it as part of their ongoing treatment for problems relating to the heart. In any case, it’s important to remember not to take too much of this drug, for it can result in other health issues. It takes about 10 days for the effects of one tablet to wear off from your system entirely. This is why if someone is going for surgery, their doctor tells them to stop taking this medicine about a week before. If you’re taking it as part of your daily treatment, it’s vital to let your doctor administer your dosage.

Whenever you’re having a headache or running a fever, you reach into your bedside drawer and pop in an aspirin, and in no time, you start feeling okay, and the headache has calmed down.

Aspirin is one of the over-the-counter medicine that doesn’t require a prescription and has the potential for misuse intentionally or unintentionally.

The everyday issues for taking aspirin include relieving headaches, reducing swelling, and reducing fever. But some people also use it as an anti-inflammatory or a blood thinner.

For some, the longer the drug from this medicine stays in their system, the happier they are.

For others, they want to get the drug out of their system as fast as they can. Let’s see how long this drug stays in your system.

Before going into detail about how long aspirin stays in your system and if longer use of it can negatively impact your body, it’s essential to know its uses.

Aspirin is an NSAID and helps people with pain fever and lower their inflammation. But it’s not a steroid and is a non-narcotic.

It relieves health issues such as:

But a larger section of society takes it as regular therapy for their cardiovascular problem.

The daily low dose of aspirin reduces the risk of preventing blood clots from forming, as aspirin makes blood thinner.

It helps people with issues such as:

It’s also beneficial in part of a treatment plan for people who recently had:

Apart from the issues mentioned above, there’re other uses of aspirin where it’s part of a treatment for certain chronic health conditions too, such as:

Low-dose aspirin is recommended to people with retinal damage, people suffering from diabetes for more than 10 years, people taking antihypertensive medications, and those with a risk of colorectal cancer.

Effectiveness of aspirin in your body

Looking at the number of uses of aspirin based on the health condition of a person and how long they’re prescribed for different people, the number of days it stays in their body also varies.

The dosage of this medicine also changes how long the drug will stay in your system. But for starters, we can say that the effects of aspirin take 10 days to wear off after you completely stop taking it.

Taking aspirin once in a while for issues like headache, fever, or inflammation is acceptable and won’t harm you in the longer run.

Things change when one takes daily aspirin therapy as it can impact your body in various ways.

The drugs work against thromboxane production, and even a tiny dose prevents production. This is what helps the platelets in your blood to stick together.

When you take this medicine, it stops its production and makes your blood thinner, helping you with the health issues you took it for.

When one takes aspirin for even 10 days, they have no thromboxane left in their platelets. So, their blood will clot normally, but their platelets don’t stick together, and they might bleed a bit more than usual when facing a cut or a scratch.

This is why people are told to hold off taking aspirin seven to nine days before any surgery they might be heading for, as it stays in the system for around 10 days.

With blood being thinner, the surgery could lead to potential disaster.

Taking aspirin daily for your heart

Patients with a higher risk of heart attack and other cardiovascular issues have the treatment of which aspirin is a big part.

While it does help in preventing blood clotting from forming, it’s always administered by a doctor and is not something you should self-medicate with.

Scientists have ascribed aspirin’s exclusive heart benefits entirely to its dramatic effects on thromboxane and platelets for many years.

When a person takes this medicine regularly, the platelets should slide smoothly right past the ruptured plaque, allowing blood to continue flowing through the damaged vessel. But new studies also show that it works as an anti-inflammatory for the heart too.

A new Dutch study suggests that people who took aspirin at bedtime might get more protected against heart attacks or strokes.

Heart attack mainly occurs in the peak hours of the morning because it’s also when platelets and blood cells aid in clotting.

Taking it before your bedtime can help prevent the chances of cardiovascular issues.

This drug already has a long-lasting effect on platelets helping thin blood. It helps more when taken in the evening by reducing platelet activity more than taking it in the morning.

In comparison, other anti-inflammatory drugs like ibuprofen and Naprosyn stop thromboxane production for only a few hours at a time and have far less potent effects on platelet stickiness than aspirin does.

Possible side effects of daily aspirin in body

Taking this medicine once in a while won’t have any harmful effects on you, but if you start taking it daily without any supervision, you can face possible side effects in some time.

If you had dental work, let your doctor know when taking this medicine as part of a treatment for your health condition.

If you take it daily, you need to discuss it with your doctor before stopping taking it on your own, as it might worsen your health issue.

Who should not take aspirin?

Aspirin has different uses for different people, helping them solve their mundane issues such as headaches and even helping prevent cardiovascular problems. But not everyone is supposed to take this medicine because it can prove harmful rather than beneficial for some.

Those who suffer from bleeding or clotting disorder shouldn’t be taking it.

Neither should people who already suffer from stomach ulcers or gastrointestinal bleeding as it can worsen their current health condition.

How safe is aspirin?

When taken once in a while, you won’t have any side effects, and even if you do, they’re mild in nature which should go away in some time.

These common side effects include:
-Stomach or gut irritation
-Indigestion
-Nausea

When someone starts taking this medicine regularly without any supervision or doesn’t know about drug interaction with other medication, they might have serious side effects such as bleeding in the brain or stomach or kidney failure.

The rare side effect of the daily dose could result in a hemorrhagic stroke.

How much aspirin is too much?

Even a tiny tablet of aspirin is enough to get your headache to calm down. So a low dose such as 75 to 100 milligrams (mg) is effective too.

Usually, people take 81 mg as part of a treatment plan for their cardiovascular issues.

It would be an overdose if you take 200 to 300 mg/kg and anything above that is just lethal. One needs to be supervised if taking daily therapy of aspirin.

Can daily aspirin cause acid reflux?

Those who depend on daily aspirin therapy should be taking it under the guidance of a doctor, for it can cause various health issues.

It can cause esophagitis by disrupting how prostaglandins protect the esophagus.

Prostaglandins are molecules that travel all around your body and help heal injuries.

Heartburn and indigestion are also potential side effects.

When it comes to taking aspirin, it’s one of the convenient over-the-counter medicine to be bought without any prescription.

And so it becomes that much easier to be taking this medicine whenever one feels a headache, inflammation, cold, or period pain.

It’s a blood thinner, so doctors advise stopping this medicine a week before when one is about to go in for surgery.

It’s best not to depend on it daily because too much of this drug in your system can lead to some adverse effects.

Those who take it as part of their treatment daily need to take doses of aspirin under the supervision of a doctor.

If you want to get the effects of aspirin out of your system, you’ve to wait for about 10 days to let its effects wear off!