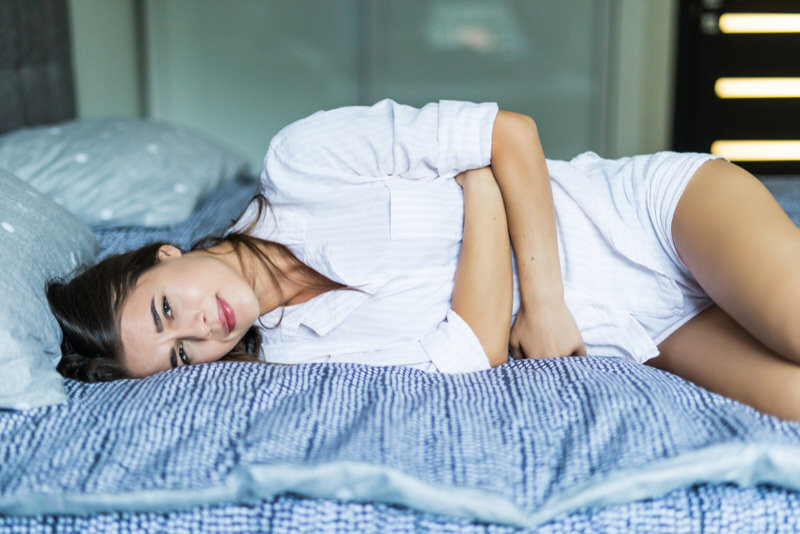 A particular use of copper IUD is more responsible for contracting IUD repeatedly. A copper IUD leads to a heavier period flow for the first 2-3 months and irregular bleeding after insertion that disturbs that natural pH level of your vagina. It leads to a breeding ground for bacterial vaginosis bacteria, and it reoccurs every few months even after following the proper treatment. It might lead to a possibility of contracting other infections too. Removing an intrauterine device (IUD) is the safest and quickest way of getting rid of all these recurring infections. If you’re suffering from similar issues, then talk to your gynecologist.

Bacterial vaginosis (BV), although a common vaginal infection, can be quite troublesome with symptoms present like odor, different colored vaginal discharge, and causing discomfort all the time.

Many women suffer from BV, a combination of aerobic and anaerobic bacteria throughout their lives and sometimes recurring multiple times. And if you use an Intrauterine device (IUD), there’s a high chance they are connected.

Not many women know the link between their recurring BV while they’re on IUD. A lot of it also goes unnoticed if symptoms aren’t directly visible. But if you noticed a recurring BV even after taking proper medications and following your gynecologist’s instructions, then it has something to do with the IUD you’re currently using.

Let’s find out the connection between these two and how your IUD might be responsible for the never-ending BV.

Is IUD responsible for recurring BV?

When looking into various birth control options, IUD is one effective option people tend to go for. Birth control pills can be very problematic with your hormones, so IUD is widely considered a great option.

They release small amounts of hormone into your body, preventing pregnancy. Then there’s the fifth option, ParaGard, a copper T IUD and is hormone-free.

The copper IUD lasts longer than the other IUDs but is also the type of IUD that’s more responsible for your recurring BV.

How is recurring BV caused due to IUD?

Bacterial vaginosis, a combination of aerobic and anaerobic bacteria, is stressful for any woman suffering from it as it hampers with their vaginal flora.

While many women might not have noticeable symptoms, there’s a lot of them who do, including vagina discharge, fishy odor, itchy skin, a burning sensation, and painful sex.

In a 2018 published paper from the Annals of Clinical Microbiology and Antimicrobials, about 100 IUD users were involved in a longitudinal study for over 2 years. “In 28% of the IUD, different anaerobic bacteria typically found in BV with or without other aerobic bacteria were found by culture method.”

It’s found that the long-term use of IUDs may lead to biofilm formation on the surface. IUDs have a 4-5 years usage period, depending on the manufacturer’s recommendation. There’s hesitation in using IUDs as birth control because it leads to some upper-genital tract infections like recurring BV and pelvic inflammatory disease (PID).

Studies have shown that there might be a relation between people using IUD for having recurring BV.

One possible association is increased duration and volume of menstrual flow accompanied by irregular bleeding. If that’s something you’ve been experiencing lately, IUD is likely responsible for your current condition.

Is the increased duration of menstruation responsible for recurring BV?

Among all the solutions your gynecologist suggests to stop your BV from recurring, one might try maintaining a healthy pH level for your vagina.

It includes not applying any kind of scented cream, soap, or other products down there and just using regular water to clean the area. Usually, vitamins with rosa hips are a great option accompanied by antibiotics.

Now, the only thing that could hamper the normal pH is your menstruation. It’s due to the reason that menstrual blood has a very high pH. It increases your overall vaginal pH and causes lactobacilli counts (an important vaginal bacteria that plays a significant role in maintaining vaginal pH and preventing infections like BV) to fall.

ParaGard, a copper IUD is one such IUD that doesn’t release hormones in your body once inserted, but it does affect your menstruation. In the first 2-3 months, it makes your period flow heavy accompanied by irregular bleeding and thus disturbing your vaginal flora.

And if you’re someone whose periods last longer than 4-5 days, then it can totally disbalance your normal pH.

Your body might struggle to recover healthy amounts of lactobacilli if you’re experiencing heavier-than-usual periods or irregular bleeding for a longer duration. You might need to talk to your healthcare provider to choose a different birth control method.

Why is IUD removal necessary?

IUD is a foreign object that’s currently present in your body. There’s a high chance that the sole reason behind your recurring BV is the unwanted bacteria sticking to your IUD.

Even if you go through the complete course of medications and follow your doctor’s instructions, your BV might be recurring because its bacteria are stuck to your IUD.

80% of women who go for BV treatment end up with a recurring infection in three months, according to the European Journal of Obstetrics & Gynecology and Reproductive Biology.

A recurring BV disturbs your vaginal flora. It makes you prone to a higher risk of developing other vaginal and uterine infections such as yeast infections, contracting STIs such as gonorrhea and Chlamydia, and acquiring and transmitting HIV.

Of course, you must follow all your gynecologist’s instructions to prevent recurring BV, such as taking probiotics, taking boric acid suppositories, wearing cotton underwear, using condoms when having sex, and trying not to stress. But all of these might go in vain when your healthy vaginal pH level is not maintained.

Whenever suspecting any kind of vaginal infection, it’s best to go for IUD removal. It’s the best way to get your infections from recurring. You might instantly start feeling better and soon witness your vagina going back to its healthy self by IUD removal.

Although you still need to follow some medications, you won’t experience recurring bacterial vaginosis.

Can an IUD cause recurrent BV?

IUD users are at a higher risk of recurring BV, especially if you’re using a copper IUD. IUDs can cause irregular bleeding or increase your period flow, completely destroying your normal pH balance of bacteria and breeding ground for BV.

What are the disadvantages of IUD?

IUD might disturb your normal pH balance by increasing period flow or irregular bleeding. It might also create problems for more issues such as not protecting against STIs. So using a condom is still recommended.

If you get infected using an IUD, then it could lead to some serious pelvic infection if not tended to immediately. In addition, a recurring BV could make for a weird and painful experience.

How long does it take for BV to go away without treatment?

Usually, BV goes away in 3-4 days. But if you’re on IUD, it could lead to other complications such as other infections or even recurring BV. Sometimes, the symptoms are present, and sometimes they aren’t.

You need to keep an eye on your vaginal health. If the situation worsens and infections continue recurring, you might need to get your IUD removed.

How does copper IUD affect your period?

A copper IUD is better in the way that it doesn’t contain hormones that can interfere with your body’s natural menstrual cycle. But a copper IUD does lead t a heavier menstrual cycle, especially in the first 2-3 months of inserting it. It might also lead to irregular bleeding, providing a breeding ground for bacteria to stay longer.

There are different IUDs available in the market, both hormonal and non-hormonal (copper). But according to some studies, there’s a relation between using a copper IUD and recurring cases of BV. The reason is disturbing the natural pH level of your vagina that provides a higher risk of a breeding ground for bacteria.

While there are many different ways, the harmful bacteria that causes BV and prevent it from coming back, those with a copper IUD end up getting it again after a few months, creating an endless cycle of infections.

It’s better to discuss every possible cause with your gynecologist. But mostly, the easiest way to get out of this endless cycle of BV is to get your IUD removed.