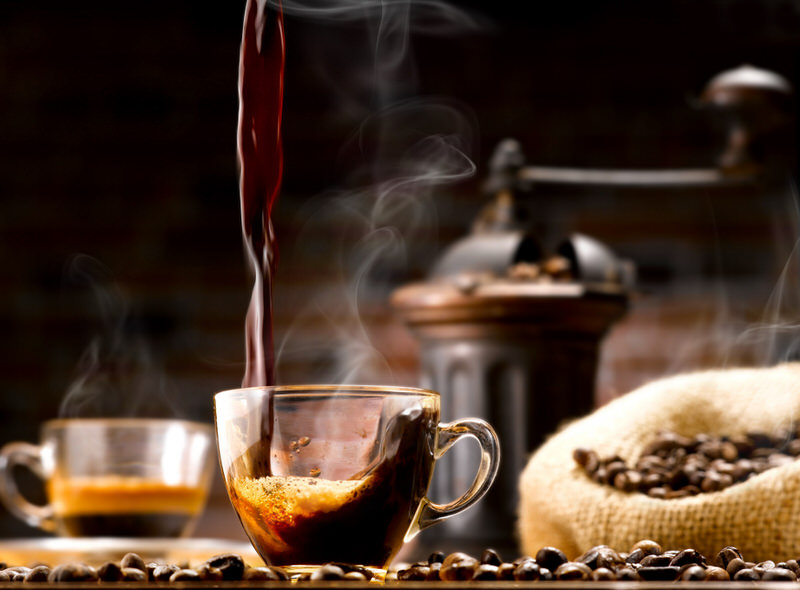 The first thing that comes to your mind when you read the word caffeine is probably going to be coffee. Coffee has become something that we take daily, usually in the mornings to wake us up and get us ready for the hectic day ahead of us. Back when we were studying for our exams, we took more than a few cups of coffee to keep us awake a night. In this day and age, it would be almost impossible to find a single person who doesn’t know about caffeine and its magical power to get rid of sleepiness. But is that all caffeine is useful for?

Caffeine prevents you from getting tired, increases stamina and strength. It also sharpens your focus making it perfect for taking before meditation, exercise, or both. But make sure you don’t go overboard and become too dependent on this drug. Taking too much of it has some nasty side effects and can even cause addiction.

How does caffeine work?

During your average day, your brain releases adenosine. Adenosine is a neurotransmitter that makes you feel tired. As the day goes by, the amount of adenosine in your body builds up making you tired. This acts as a signal for your body and brain saying it’s time to go to sleep or take a nap. Once you drink some coffee, the caffeine binds itself to your brain’s adenosine receptors.

As confirmed by many studies, this prevents your brain from recognizing that you’re tired, which of course means getting rid of your sleepiness.

Even though most of us drink caffeine daily, very few know the actual consequences and benefits of this psychoactive agent. The below table list down the most important things you should know.

It’s important to note that the negative effects almost always appear only after continued and severe usage of caffeine.

Using the benefits of caffeine for exercise

As we have seen above caffeine can be taken before exercising to increase the intensity and the duration of the exercise. This also leads to you burning more calories and fat. Caffeine is also cheaper than buying a pre-workout or a red bull.

It has also been shown that caffeine can –

Using the benefits of caffeine for meditation

You might be thinking that since caffeine tends to give you more energy, it might be a bad idea to take it before trying to meditate, but the below reasons beg to differ.

Again, it’s important to note that these effects might have the complete opposite effect if you take too much caffeine. This brings us to our next topic.

While there is no definite amount you should stick to, the general rule of thumb recommended by most doctors is that you should try to keep your caffeine intake between 300mg to 400mg daily. This comes to about 3 or 4 cups of coffee a day. There are no negative effects associated with this amount.

For children and pregnant mothers, it is recommended that they take no coffee or a maximum of 200g at most. This is to minimize any risk to the growing bodies of a child. But also make sure you note where you might be getting caffeine from. Many people may not know but studies have shown that caffeine is present in soft drinks, energy drinks, and even tea. So coffee isn’t the only common source of caffeine.

Another important point to note is that you should always keep an eye on what happens if you skip your daily caffeine dose. Different people have different tolerances and for some, the effects might be less. Getting headaches or insomnia after stopping your caffeine intake might be a sign of addiction. If this happens it’s best to reduce your coffees until your body adjusts back to normal.

Caffeine has more pros than cons. Especially if you want to play it safe. It has little to no side effects unless taken excessively and can help you meditate and exercise. You can even try to get the best of both worlds by trying an activity like Yoga, which incorporates both meditation and exercises.

Coffee, exercise, and some meditation. Tell me that doesn’t sound like the perfect way to start your day.