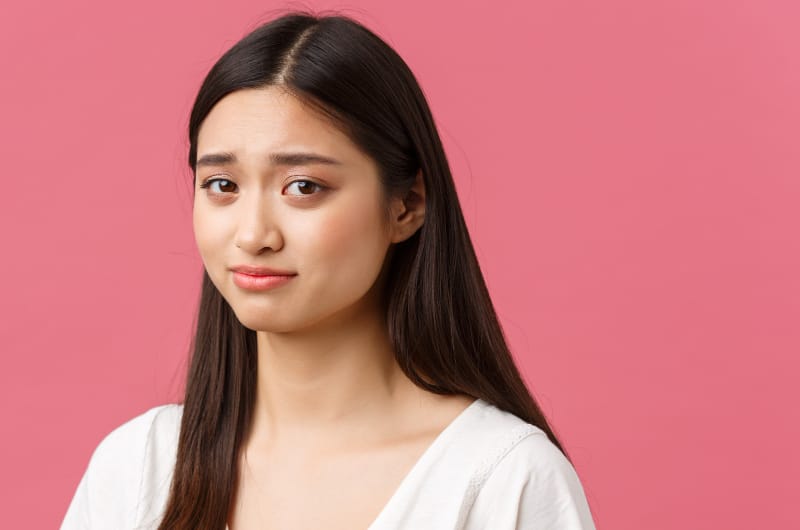 The most common reason for smelling bad down there could be an issue with your urine. It can be anything from dehydration to eating a particular food that left such an effect. As humans, it’s normal for us to have different odors, including bad ones once in a while. But if you constantly have a foul odor down there, it could be because of poor hygiene, sweating down there, sex, or some infection. Reasons might also vary based on whether you have a vagina or a penis. Those with vagina tend to be more sensitive to odor change because of ovulation, periods, sex, pregnancy, or infection.

Humans are very sensitive to smell, especially when it comes to their own smell. Smelling bad is something that can even make an attractive person seem repulsive.

To get rid of the smell from sweating, you can quickly put on deodorant or perfume to handle a tricky situation. But what if you smell bad or strange down there?

You don’t really smell yourself when standing or moving about, but when you sit down in a position with legs apart, you can’t help thinking if everyone else could too?

We tend to become embarrassed and assume the worst. But no one really can smell unless they come close to your groin area.

Smelling bad down there can become an issue and distract you from your daily activities.

You constantly wonder what’s the reason and how to cure it? There could be various reasons, based on your gender too, so let’s cover what the potential cause could be.

Yes, urine smells, but there’s a difference between smelling healthy or bad. Each person has their own unique smell.

Urine smells are based on various factors, but the two most important include the amount of water you drink and your food.

Drinking less makes its color turn yellow, and the more dehydrated you are, the more it will start to smell. Being dehydrated will make you smell like ammonia down there.

Even the food you consume impacts the smell of your urine. The cleaner and healthier you eat, the more healthy smelling your urine will be.

You can clearly notice a difference if you’re a coffee drinker. The pee right after drinking coffee will strongly smell of coffee.

Asparagus is also one such food that leaves a strong odor. It’s caused by the level of naturally occurring sulfurous compounds that the food contains.

This compound is called asparagusic acid, and it goes away once asparagus has passed through your system.

If you want to avoid smelling bad down there, the first thing to take care of is healthy eating and drinking habits to ensure your urine doesn’t smell.

You must accept that some foods might make you smell weird down there, but they should go away soon.

Urine is also the most common issue behind the smell you don’t like coming from your pants.

Other issues that can make your urine smell bad include:

Those who are pregnant might also notice a change in the smell of their urine.

This could be because of the change in vitamins, diet, or the compression of the uterus on the bladder.

Popular reasons why you smell down there

While smelling due to urine is expected, and what mostly comes to everyone’s mind when thinking about the reasons, many other popular issues could be the culprit behind this smell you don’t like!

You can be a person of any gender and still suffer from a bad smell if you don’t take care of yourself properly.

Good hygiene can make a difference between you smelling good or bad.

Regular hygiene consists of bathing daily with mild soap and water to clean oneself from the dust and dirt accumulated the day before.

Even if you’re staying at home all day, you still get dirty because of all the dust our naked eyes can’t see and the sweat or secretions by our body done daily.

Sweating down there is expected and one of the hidden factors behind smelling strongly down there.

Wearing tight clothing or anything other than cotton underwear can worsen things.

Bacterias can accumulate and develop an unpleasant smell you can’t seem to get rid of.

Of course, as you get involved in such activities, it can leave you with various bodily secretions.

Many people tend to not clean up well after themselves, and some even don’t clean. Your body and bed can harbor the smell and leave you with a strong smell afterward.

Getting STI can also do the same, and if you suspect that’s the case, getting it diagnosed sooner can help before it becomes worse.

It’s a common infection that has a strong smell to it.

Some symptoms of this infection include itching, redness, skin irritation, and unusual discharge.

Identifying symptoms can help you start a treatment sooner which can help get rid of the foul odor.

Smelling bad in the vagina

People who have a vagina experiences more changes in smell as compared to those who have penises.

A vagina has its own microbe filled with different bacteria and yeast, some of which are beneficial to health.

Every vagina owner smells different, and there’s no right or wrong smell, but you can expect it to smell a bit sour or musky odor.

It’s natural if it’s not an overpowering vaginal odor for consecutive days. And if it’s not, then different kinds of weird smells indicate a vaginal infection like yeast infection you could be facing.

This is mainly identified as having bacterial vaginosis or popularly known as BV.

When your natural pH balance is disturbed, it’s when there’re chances of getting bacterial vaginosis. Unusual discharge and itching or burning sensations are other symptoms apart from a fishy vaginal odor.

Trichomoniasis could also be an issue known for its fishy odor.

This foul smell can only generate when one forgets a tampon in their vagina. Tampons could be tricky, and even though it’s not that easy to forget, you have one on people do forget it.

It’s not that difficult for a tampon to get lost there, but if you let it remain, it will start to smell really bad.

Other symptoms include difficulty urinating, fever, swelling in or around the vagina, or discolored or foul-smelling discharge.

Some other smells of the vagina

Not all odors are foul but labeled differently from your typical one, and there’s nothing wrong with it.

Can men smell foul down there?

Those with penises can also smell bad as those with vaginas do. There’s nothing to be ashamed about because it can happen to anyone.

How do I get rid of the odor down there?

Keeping general hygiene can help you out in the longer run.

It prevents odors from developing from sweating and having sex, keeping infections away.

Infections could be a big reason behind different odors. This can be treated based on the kind of infection you’re suffering from, but following the doctor’s prescription usually makes it go back to normal.

Also, remember to not always wear tight clothes as it increases the chances of sweating down there. Wearing cotton underwear is the best choice to let your private area breathe.

Why is my underwear always wet and smelly?

Your underwear could be wet due to various reasons such as sweating, experiencing vaginal discharge, or infections.

Wearing tight clothes can make your underwear wet due to sweat which can be taken care of by wearing loose clothes.

If your underwear is still wet, notice if it’s due to your discharge. If the discharge changes in color, smell, and quantity, you might be suffering from an infection.

Be it any gender, one can smell bad and keep feeling embarrassed about it. We are consciously vying if others can smell it, which disrupts our daily routine.

Sometimes that whiff of bad odor is nothing to be worried about as our body is not supposed to keep smelling fresh like flowers all the time. That doesn’t mean you can’t take steps to ensure there’s no bad odor next time.

Keeping a healthy diet can make sure you’re not infected and can help you avoid smelling bad down there. While there are some common reasons for all genders, there are also some specific ones based on the genitalia you possess.

One thing is sure it’s just you who can know about this odor, and people around you have no idea that you do. In fact, even they must be dealing with the same issues as you!