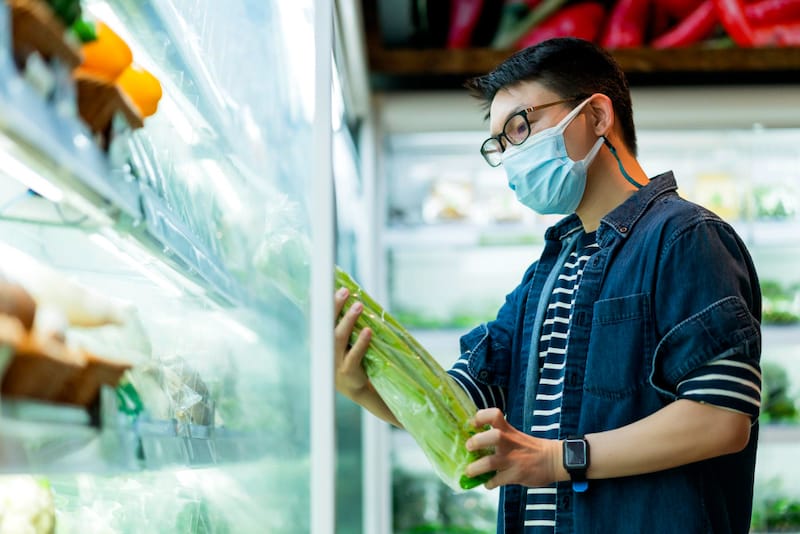 Vegetables such as plants can’t protect themselves from being eaten, so by developing a defense mechanism by producing toxins, they prevent being eaten completely. While small insects and pests ward away as a result of these toxins, humans can still eat them but in moderate quantities. One needs to know how to prepare such plants and what amount to consume. Eating a plant-based diet helps our body become stronger and benefits from the process of hormesis, which also protects against brain disorders such as those provided by broccoli and blueberries.

We all know how important it is to eat fruits and vegetables in our regular diet. Not only do we consume them daily, but we also encourage our children to consume them for their nutritional benefits.

But has it occurred to you that these helpless plants might also be trying to self-defend themselves just like any animal from a predator?

So, do vegetables have defense chemicals too? Is it harmful to consume vegetables now?

Why is eating vegetables important?

To have a balanced diet eating fruits and vegetables is recommended, and a variety of them is encouraged to be consumed daily.

Each vegetable has its specialty, which makes a diet healthier and helps a person gain nutritional value. For years it has been studied and proved that eating vegetables is great for various reasons for the human body.

It can help lower blood pressure, reduce the risk of cardiovascular disease and stroke, prevent some types of cancers, lower the risk of eye and digestive problems, and positively affect blood sugar, which can help keep the appetite in check.

Can eating vegetables be toxic?

Plants have been around on this planet since the beginning of time, and not only us but our ancestors have survived by eating the same plants, leaves, and produce for eons.

While they discovered how to eat, which plant, in what quantity, and how to cook it for it to become edible, plants developed their way of keeping their predators, including us, from consuming them.

Apart from human beings, plants are also edible to various pests, insects, and critters who are as intent on eating them as us. Therefore, to survive as species, plants had to develop a way to prevent extinction.

Over the years, as evolution took place, they also came to produce natural pesticides to prevent their extinction. While these pesticides don’t actually kill insects, it does something more than that.

By attacking their nervous systems, this chemical produced by the plant acts on neurons called sensilla in the bugs mouthparts.

Similar to taste bud cells in the human tongue, these signals from the cells are transmitted to the brain. The brain then decides not to consume that particular plant again.

Are defense chemicals in vegetables bad for you?

If plants and vegetables contain this defense chemical to prevent themselves from being eaten, how is it possible that it doesn’t harm us even when we have been consuming them for ages?

Our ancestors looked for ways to ensure they found the right plants, roots, leaves, and fruits to eat and use for medicinal purposes. But that doesn’t take away the fact that still eating some of these plants could cause nausea, vomiting, or even death.

In our body, we, too, have a warning system that alerts our brain whenever there’s a presence of toxic substances. The bitter taste of these plants tells us not to consume them in quantity or even avoid them altogether.

That explains why the chemicals in plants drive them off for insects, but for us, it serves as a warning only.

When consumed in huge quantities, these plants can be toxic for us, but when eaten in smaller amounts can actually provide health benefits. This is called hormesis.

It’s a process where exposure to a low dose of a chemical agent or environmental factor damaging at higher doses induces an adaptive beneficial effect on the cell or organism.

Our body adapts this process of eating vegetables with chemicals only if consumed in low quantity, providing various health benefits but becoming increasingly poisonous at high levels.

How do plant chemicals help?

Studies have shown that various hermetic chemicals in plants help enhance the functioning of neurons.

Like how caffeine, capsaicin from hot peppers, and catechins from tea act on channels in the cell membranes to allow entry to calcium ions that turn on the cell’s protein-making machinery (DNA and RNA).

This is why people living in countries with a culture of consuming garlic and hot peppers tend to maintain excellent brain function as they age.

Which plants are most toxic to eat?

So, how do we know which plants are good to consume and which aren’t? is there a specific quantity we should know about?

Seeds are considered most toxic if consumed in large quantities, including nuts, beans, grains, potatoes, and other roots.

But there are ways to remove their toxicity, so even if you consume them daily, they won’t be problematic anymore.

This can be achieved by fermenting, soaking, and sprouting them. When consuming nuts soaking them reduces the number of harmful nutrient-blocking plant compounds in them.

Fermenting is another way to make plant foods more digestible as it breaks down their toxins.

Some of the plants which should be consumed moderately include:

Peas are known to be protein-rich seeds, but if you come from a family who likes to eat peas, you must have heard that it’s a no-no when it comes to eating raw peas in large quantities.

You must soak peas before adding them to your food and cooking them to remove the toxicity. Even eating peas is advised to be done in moderate quantities.

But if you consume them daily for three months straight, it can cause a neurological disorder called lathyrism. Peas comprise at least a third of your total dietary intake. Also, it depends on how many toxins they contain and how you’re affected by them.

Potatoes with green patches or sprouting green stems are advised not to be consumed.

This green color comes from chlorophyll and indicates the plant has been exposed to enough light and heat to get the enzymes to work and produce chemicals called solanine and chaconine. Even cooking doesn’t kill these toxins.

To get sick from consuming these, you must have about 2 pounds of green potatoes.

Cassava is known to be a great source of calories and is widely consumed in the tropics. But the leaves make linamarin, which goes down to the root, producing cyanide when the root cells rupture.

While this chemical in the human body can go in and out without causing issues, only if it doesn’t break down during digestion, which, when it happens and meets with the enzyme linamarase, can produce cyanide.

When cooking cassava, the cyanide is made to produce by grating it into pieces, but then it also gets soaked, fermented, and evaporates when cooked down. The most toxic ones require more extended preparation before they are safe for consumption.

When eaten in a lot of quantity over many years, cyanide can accumulate in blood plasma. And obviously, avoid munching on raw root altogether.

These contain a chemical that produces a toxic compound called monomethylhydrazine, or MMH. In the human body, it can interfere with neurotransmitters and can render the eater comatose.

While some places like Spain prohibit the sale, Nordic countries, especially Eastern Europe and the Great Lakes region of North America, love its soup. So when it’s made, the mushrooms are boiled multiple times, draining the water down each time to get rid of toxins.

The toxins of this mushroom build up over time when consumed for a long time, so no known quantity proves dangerous.

A toxic known as Oxalic acid is present in the stalks, used for various purposes in daily life, such as removing paint, bleaching fabrics, and sanitizing toilet bowls.

Rhubarb stalks are often used in a pie with strawberries and other ways to turn it into a possible sweet dish.

One needs to be aware of the leaves, which are toxic and full of this acid. When consumed, it takes away the calcium from the body.

If you avoid consuming the leaves, you’re good to go, and there shouldn’t be a problem.

Does broccoli have defense chemicals?

Almost every plant has a defense chemical, so it’s preferred you don’t eat them raw. Broccoli, kale, radishes, cauliflower, and leafy vegetables such as spinach and parsley are cruciferous vegetables.

These leafy greens are good to eat and consume if cooked properly.

But when cooked, these chemicals or toxins are not harmful anymore. Therefore, either by cooking or boiling, the toxins can be removed.

What vegetables have no defense chemicals?

That’s true for most of the plants and vegetables you cook. Usually, high temperatures can get rid of the toxins or the chemical defense produced by the plants.

But there’s an exception if you leave cooked food out for an extended period and forget to put it in the refrigerator. Some foodborne bacteria produce poisons or toxins that aren’t destroyed by high cooking temperatures.

Always put your food in the refrigerator.

As surprising as it is that vegetables have a defense mechanism that we didn’t know about, the safest thing is to consume them in a quantity that people around you have advised.

As long as you don’t go overboard, cook and prepare them as advised, and only consume fresh vegetables, you’ll be fine with the vegetarian diet.