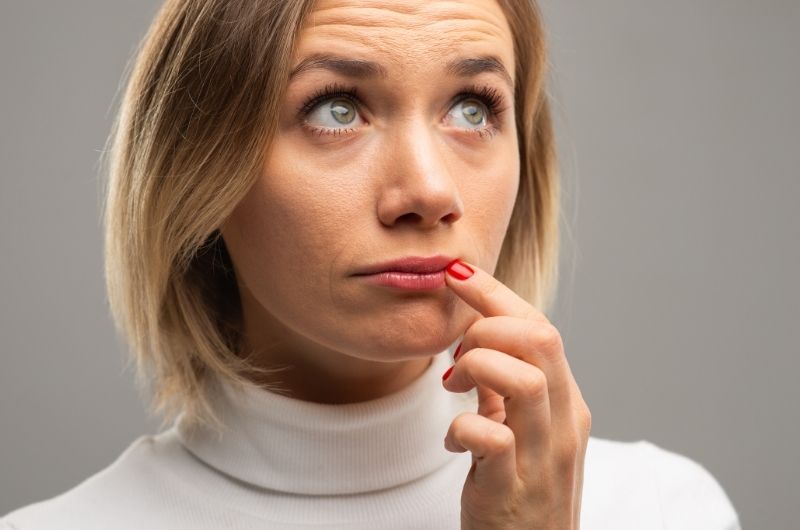 Testing positive for herpes while your partner didn’t could be due to several factors. First, false-positive and false-negative scenarios can happen. Getting a false negative or a false positive may mean you may have to get another test to confirm it. Possibly herpes may be hard to detect to some testing procedures in its incubation stage, which may result in differing test results between partners. Medication to stop or reduce viral shedding could be another reason your herpes test results differ.

According to recent research, the herpes simplex virus is one of the most prevalent health concerns globally.

As a sexually transmitted infection, herpes causes herpetic sores or painful blisters. The blisters may break open, ooze a disgusting fluid, and leave an open sore.

Even though herpes may be classified as a sexually transmitted infection, it does not mean it can be exclusively be transmitted through sexual activity.

It can be contracted during birth from mother to child, or it may enter the body through cuts in the skin or mucus membranes.

When we talk about mucus membranes, we mean the thin tissues of membranes that cover openings in our body, such as the nose, the mouth, and the genitalia.

When the infection spreads throughout the body, you can easily find it in saliva, semen, and vaginal secretions.

If your partner becomes exposed to herpes, you can easily contract it if you engage in unprotected sex or even kissing.

However, the chances of you not contracting the infection after exposure are very slim yet not entirely impossible.

You may find yourself in a relationship with a partner where no protection is guaranteed, and when you go for a check-up, it turns yours turns out positive while theirs turns out negative.

How could that even be possible?

Herein we will discuss why you may test positive for herpes while your partner tests negative.

When we talk about false negatives, we must speak about test sensitivity.

In medical terms, test sensitivity determines in percentage terms how many people may likely be found with a disease after testing.

Given that the actual sensitivity of the herpes test might be somewhere near 96%, there could be four false negatives in every 100 positive tests results.

Your partner may be one of them. Do you know where that puts both of you?

You will need a second test for confirmation purposes.

When we talk about false positives, we must confront a factor known as test specificity.

On the flip side, test specificity defines in percentage terms how many people may not have a specific disease.

If the test sensitivity turns out to be 99%, that might mean that out of every 99 negative results; one false-positive result may appear to match.

However, the real sensitivity for the herpes test comes up at 97%, which means for every 97 negative test results, there will be three more false positives.

Come to think of it! There might be a chance your positive result was false, but before celebrating, do due diligence; take a second test to be sure.

3. Incubation stage of the infection

There may be a stage after exposure to any infection when no symptoms may appear, and even tests might not be able to detect the disease at all.

For example, we mentioned that when the herpes virus gets into the body after exposure, it spreads and multiplies in the body cells until it is in body fluids from whence it can be both detected and even transmitted.

That whole process takes time and may be different for different infections.

For example, for herpes, it may take up to four days after exposure for you to experience any symptoms or even test positive.

If you go for testing with your partner when you have only been together for two days, you may test positive, and they may test negative even though they have the virus in their system.

Therefore both of you may need to take a second test several days later after the first.

It would be wise to avoid further exposure in the period between the two tests.

When infections like HSV or HIV are spelled doom to many discordant couples today, ages are long past.

Nowadays, medications can be used that can significantly reduce viral shedding.

When we talk about viral shedding, we refer to the ability of the host cells in the infected person to produce infectious virus particles.

If both partners have both a positive and a negative herpes test result, the one who turns out to be positive may have been using medications that reduce viral shedding for their partner’s safety.

Can I test positive for herpes and not have it?

There may be chances, though very slim, to get what we call a false positive.

Like syphilis and gonorrhea, Herpes Simplex Virus is one of the most common sexually transmitted infections around the globe, more so because the primary means of transmission gets to unprotected sexual intercourse with an infected person.

As much as herpes may not be a potentially critical or fatal condition, we must at least seek to know if we have the virus, especially when we intend to get into relations that may lead to exposure through sexual activity.

That is to make sure that we do not jeopardize other peoples’ health and ours.

So it may be very advisable if you get herpes test results that differ from your partner’s results that you go back and test again to get rid of any doubts before you make any decisions.