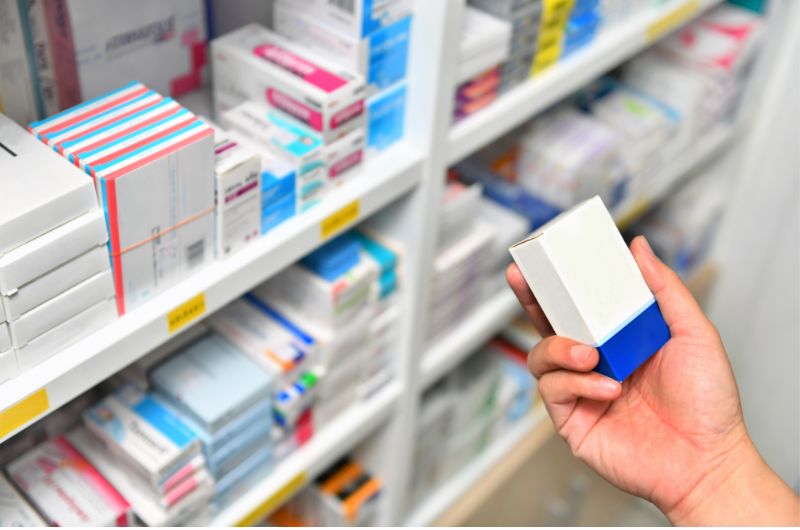 Silver sulfadiazine is a topical antibiotic cream mainly used to treat second or third-degree severe burns and yeast infections on the skin. It’s also used to treat leg ulcers and pressure sores. It does not help treat a boil since it won’t be able to penetrate the skin and fight bacteria developing under your skin. This cream helps treat open wounds on the skin only. To treat a boil, you must take oral antibiotics for 10-14 days or as prescribed by your doctor. If the boil becomes severe and isn’t draining out, then minor surgery is done to drain it out and help treat it.

Getting boils can be pretty painful and frustrating. The boils are caused by bacteria when they infect the skin causing a painful pus-filled bump that grows under your skin.

Since it grows under the skin, it might not be visible in the beginning unless you press on it.

Sometimes these boils, when not treated, can get more prominent as the bacteria causing it multiplies under your skin, also known as a furuncle.

The larger it grows, the more pus is getting accumulated inside it.

While boils are also treated with a surgical procedure where it’s cut open and drained. The earlier treatment includes healing it with antibiotics to fight the infection.

Let’s find out if silver sulfadiazine is the correct cream for treatment!

Should you use Silver Sulfadiazine for boils?

If you treat it in the beginning, the boil can get healed without needing surgery. Antibiotics work best when dealing with a boil.

Silver sulfadiazine is also an antibiotic cream that fights the bacteria and yeast on the skin. While it’s used to treat a severe infection on areas of skin, it doesn’t help when used to treat a boil.

It stops the growth of bacteria that may infect an open wound and helps decrease the risk of the bacteria spreading to surrounding skin or the blood, where it may cause a blood infection.

While it does fight bacteria, it’s not the antibiotic cream you want to use for treating your boil, as it won’t be able to penetrate into the infected skin of a boil and treat it.

Antibiotic creams like silver sulfadiazine, Neosporin, Bacitracin, Iodine, or Polysporin won’t help either, according to the American Osteopathic College of Dermatology.

Oral antibiotics for treating a boil

The antibiotics needed for treating a boil should be taken orally for 10 to 14 days. But if the case is severe, taking two oral antibiotics with a prescribed ointment usually does the trick.

Depending on the severity of your boil, your doctor will suggest oral, topical, or intravenous antibiotics.

The bacterial skin infection develops and multiplies within in a boil, presenting as a red pimple that swells up and oozes. It’s pretty painful and grows rapidly. Since it’s an infection within the skin, using an antibiotic cream like silver sulfadiazine won’t be much helpful.

Treating it with an antibiotic that acts within the body is helpful. But you can also help treat it by using a warm compress, reducing its size and inflammation.

The only way your boil can be treated is if it dries up from within by taking a prescription of oral antibiotics or forms a head that pops off on its own after the boil matures.

Popping it on your own will only give you pain, and premature popping can worsen your boil as it might not pop off as quickly as your pimple does.

There’s also a danger of bacteria spreading to other body parts, causing recurring boils if you don’t treat them correctly.

Things to remember when treating your boil

If you’ve got a boil on your body, you must be careful while handling it.

If there’s any carelessness on your part, the infection can spread to other body parts, and you’ll be caught in an endless cycle of boils.

So, here are a few trips when you’re treating your boil:

How do I differentiate a boil from a cyst?

While a cyst is a smooth, round, closed sac under your skin filled with fluid or semisolid material. A carbuncle is a few boils grouped together.

A boil is a small red pimple-like thing with symptoms like redness, swelling, pain, a white or yellow center, oozing pus or crusting, fatigue, or fever.

It’s formed by bacteria in the skin, and the most common places where it begins include the neck, breasts, face, armpits, buttocks, and thighs.

This topical cream is used to prevent severe infection on areas of skin with severe burns, but it also fights yeast infection on the skin.

It’s a prescription cream and should only be used as prescribed on the box or by the doctor.

Usually, it’s used on the affected area and applied like a layer about one 16th of an inch thick, or 1.6 millimeters.

Can you use silver sulfadiazine for fungal infection?

Yes, you can use this antibiotic ointment to treat a fungal infection, but it’s for use on the skin only.

Do not use this cream for infection in other body parts and refer to a doctor for proper treatment.

How do I prevent boils?

The best thing is to follow good hygiene. It’s vital to follow clean hygiene and take care of any minor scrapes or small wounds immediately before it gets infected and turns into a boil.

Don’t use other people’s razors or scissors.

Boils are contagious, so if you have one or someone else, ensure proper precautions are taken, or the infection can spread quickly.

How do you treat a large boil?

A boil usually starts as a red pimple, swells up, and pains a lot. As it grows bigger in size, it starts filling up with pus. It can increase as big as a golf ball, needing immediate medical attention if you don’t treat it in its initial stage.

Taking oral antibiotics can help dry out the boil from inside, and you won’t have to do anything. It might develop a yellow or white head, and in that case, it usually pops away on its own when matured.

Some people also try home remedies to get the boil to pop off on its own. If a big boil cannot dissolve, it’s usually operated on where the doctor has to make an incision and drain it out.

How can I treat a boil at home?

If you’re planning to treat your boil at home, you can attempt a few home treatments:

– Putting a warm compress on the boil for 20 minutes 3-4 times a day will help reduce it in size and help with inflammation. It’ll also help bring it out ahead of the boil if it’s not there, which will help drain out the pus.
– Taking oral antibiotics helps dry out the boil from the inside.
– If a boil drains on its own, wash the area gently and dress it with a sterile bandage. Clean everywhere the pus is touched; otherwise, it can cause more infection.
– Repeat the dressing process for the next few days and keep everything around you clean. The pus might not drain out in one go, so applying the bandages is necessary.

The most important thing is not to pop the boil on your own like a pimple, as it can worsen the situation.

When treating your boil, it’s best to treat it with an oral antibiotic or as prescribed by your doctor. Due to the nature of a boil, using a silver sulfadiazine cream would not help treat it.

You should take oral antibiotics for a boil and keep the area clean.

Don’t try to pop it because it might make your boil even worse, and don’t touch it, or you’ll risk spreading it to others or even on your other body parts.

You’ve to be careful when treating your boil and finish the prescription, or the bacteria won’t disappear!