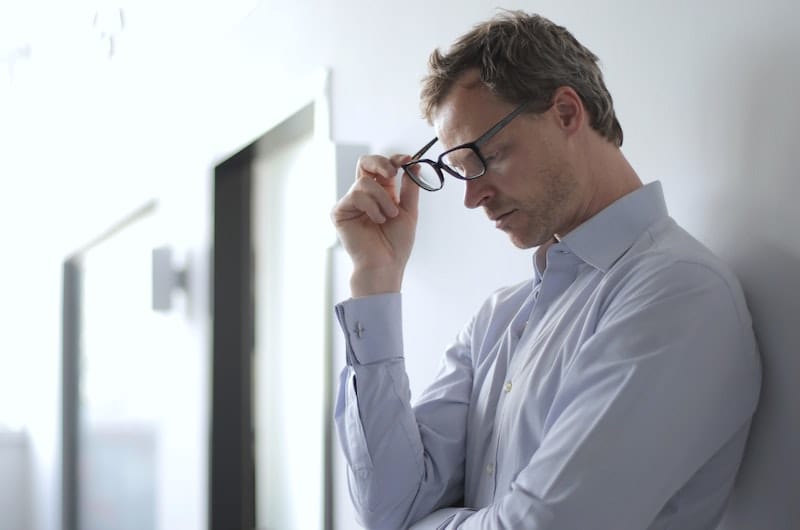 Our hearts happen to be myogenic. That means the heart muscles can operate without getting tired and even without any nervous stimulation.

Even so, there must be means of ensuing and controlling the heartbeat through electrical impulses sent to both the left and right ventricles of the heart by the left bundle branch and the right bundle branch, respectively.

Like many parts of our anatomy, the bundle branches can be afflicted by conditions that hinder or reduce their functionality.

For example, a blockage or any delay in the right bundle branch may significantly affect the heart’s functionality

If a blockage happens, thus affecting blood circulation, much more may go wrong simply because the blood being pumped is made solely to transfer oxygen and nutrients to all parts of the body and get rid of waste products like carbon dioxide.

The resultant effect of experiencing a right bundle branch blockage may be fainting or that feeling that precedes actual fainting.

There may be no other real symptoms that show bundle blockage.

Right bundle branch blockage can be caused by many things such as blood clots, heart attack, heart defects, high blood pressure, heart inflammations, and other conditions of the circulatory system.

Anxiety can be considered one of the causes of some named conditions, such as high blood pressure; therefore, it can be indirectly linked to right bundle branch blockage.

Blood flows from the heart to the lungs through the pulmonary vein.

Once in the lungs, it receives much-needed oxygen and is then transported back to the heart by the pulmonary vein, where it gets pumped to all other parts of the body.

The blood flow in the pulmonary vein and pulmonary artery can be hindered by a clot, known as pulmonary embolism.

In addition, the lump can form in the limbs due to long times of body stillness like long flights or drives, known as deep vein thrombosis.

Another reason your blood can clot easily could be due to a condition referred to as hypercoagulability.

Hypercoagulability explains when your blood is likely to form clots due to medications, birth control pills, cancer, smoking, pregnancy, and surgical procedures, among many other possible causes.

In other instances, the pulmonary embolism may be caused by blockage of air bubbles and tumorous inflammations other than blood clots.

Pulmonary embolism could easily cause blocking of the right bundle branch, affecting your heartbeat.

A combination of pulmonary embolism and blockage of the right bundle branch could be fatal, and emergency medical attention may be necessary, especially if the patient has lost consciousness.

Myocardial infarction, also known as heart attack, usually happens due to damage to muscles of the heart, which may be irreversible and very fatal.

The muscles can get damaged due to a lack of oxygen supply to the heart muscles caused by some blockage to the coronary vein, which takes blood to the heart.

The cause of blocking could be a blood clot, an air bubble, or the inflammation caused by a cancerous tumor.

When myocardial infarction sets in, you may experience pain in the left side of the chest, arm, neck, and even jaw bone.

In addition, some people complain of general tiredness and fatigue. In other people, myocardial infarction may show no symptoms at all.

The worst-case scenario of myocardial infarction may be a cardiac arrest in which the heart ceases to function due to extensive damage to its muscles, causing instant death.

During myocardial infarction, some of the muscles that may damage even after medical attention could be the right bundle branches that relay the electrical impulses that control the heartbeat.

Therefore, a myocardial infarction could likely cause damage to the right bundle branch and hence a blockage.

Just like many other forms of congenital disabilities, the heart may be affected in its structure and formation in the period before birth.

The heart may even fail to form fully. That may be caused by some genetically inherent problem or other underlying medical conditions in either the mother or the fetus.

After birth and even during the child’s growth, a problem with the right bundle branch can cause a blockage or a defect that could have been there before delivery.

In such cases, any underlying medical conditions that must get treated, such as the presence of a hole connecting any heart chambers, can be surgically corrected, eventually reducing or rectifying the right bundle branch blockage.

Pulmonary hypertension can be described as increased blood pressure within the arteries.

Pulmonary hypertension could most likely be caused by reduced elasticity of the artery walls, primarily due to the deposition of calcium deposits, making the walls rigid and stiff.

High blood pressure can occur in the coronary artery, which takes blood to the lungs causing a blockage or valves rupture.

In addition, the incidence may directly or indirectly cause a blockage in the right bundle branch resulting in problems with the heartbeat.

Can stress cause the right bundle branch block?

An increase in pulmonary pressure can cause the right bundle branch block.

Like any other vital organ, conditions affecting the heart may be fatal if neglected and therefore necessitate urgent and specialized attention.

Even though the right bundle branch may lack actual symptoms, feeling g faint or even fainting could be enough heads up for you to seek a proper and correct diagnosis.

Suppose you are diagnosed with right bundle branch blockage. In that case, you may have to get a diagnosis for the causative condition whose treatment may alleviate those of the blockage, which may not be directly treatable.