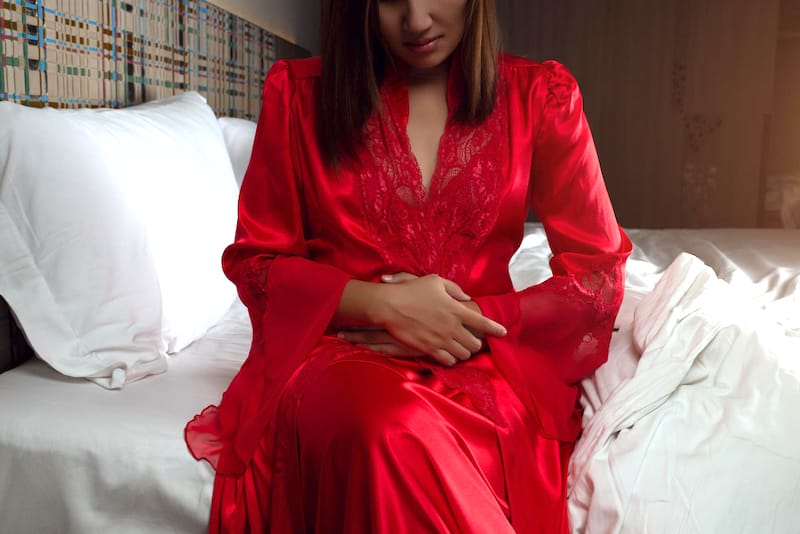 You will likely lose some weight, especially around the stomach, if you’ve had fibroid removal surgery. However, it does depend on the size and quantity of fibroids removed during the surgery. It’s also important to note that a healthy diet and exercise play a significant part in getting a flat stomach, especially since the surgery results can take a few months to take effect.

If you’ve had fibroids removed recently or are planning to get them removed, you may be excited that you could be losing some weight, especially in the stomach area.

There are no benefits to keeping them, and they just seem to contribute to increased weight and mass.

What are fibroids? Are they a part of your womb? Will the type of surgery affect how much weight I lose? How much time will it take for me to get a flat stomach?

To put it quite simply, fibroids are non-cancerous growths that tend to develop in or around the uterus.

While they can vary in size, they are mostly made of muscle and fibrous tissue. Due to its composition and nature, most women would not be aware that they had fibroids, despite having them.

However, 1 in 3 women can experience symptoms from fibroids such as:

While the exact reason for the growth of fibroids is not clear, it is thought to be due to the hormone Oestrogen.

As you may know, this hormone produced by the ovaries is considered to be the female reproductive hormone. Fibroids tend to develop mostly when Oestrogen levels are at their peak and shrink after menopause.

While it can develop in any woman, it is more likely to develop in overweight women. It is also seen to be less likely to occur in women who have given birth.

As fibroids can grow from a very small to a large size, they are classified from where they grow.

While fibroids do not usually require treatment, symptoms may require medication, failing which surgery would be conducted.

What happens during fibroid surgery?

A few types of surgery can be conducted to remove fibroids.

This surgical procedure removes fibroids and prevents them from ever returning by removing the womb.

As you can understand, this method is only recommended if the fibroids are quite large or if you do not wish to have any children after the surgery.

The recovery from the surgery can take a couple of months, and physical activity is not recommended. This could also lead to a lower sex drive and earlier menopause on certain occasions.

Depending on the size of the fibroids, you may lose some weight and mass in the stomach.

As the womb is removed, your abdominal muscles might stop functioning, making your belly look floppier and bigger. While this is not always the case, it is a possibility.

This option is preferable as the womb is left intact while surgically removing the fibroids. However, to be suitable for a myomectomy, your fibroid’s size, amount, and positions come into play.

Depending on these factors, many small incisions or one large incision may be made on the stomach.

There is a possibility that the fibroids may grow back despite being surgically removed.

There are also a few rare risks involved with the surgery, such as:

In this procedure, a small thin telescope is inserted through the vagina into the womb to remove fibroids.

No incisions are required as the telescope can remove fibroid tissue, although it may require multiple insertions.

Stomach cramps and vaginal bleeding may occur but should stop within a few weeks.

Will I get my flat stomach back after the surgery?

If you have significantly large fibroids or many small ones, the removal of these fibroids could lead to a significant change in your body.

You should notice having more energy and being more comfortable. Exercise and activity should be easier.

In most circumstances, you will notice a positive weight loss in your belly, which should be promoted with a healthy diet and exercise.

It is also important to note that the change will not be instant but taking up to 5 to 6 months to reflect on your stomach.

While a myomectomy would be the most common option for getting rid of large fibroids, you can also consider medication prescribed by a doctor, along with specific exercises.

The surgery could help you get a flat stomach, but to maintain a flat stomach, a healthy diet and exercise are key. This is especially true as exercise has been shown to decrease the chance of fibroid growth.

Whatever decision you do make, you can never go wrong with some healthy food and exercise.