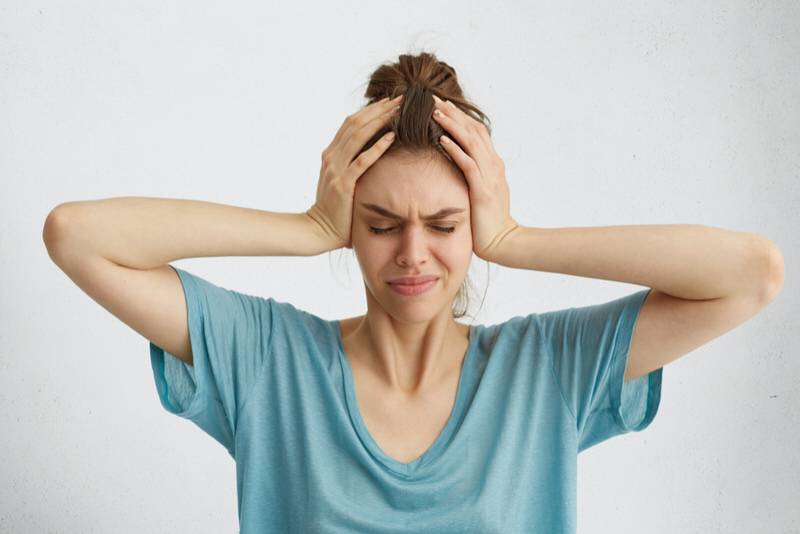 Cravings are an unusual part of being human. Every once in a while, everyone craves to eat something such as their favorite ice cream. While craving something sweet or spicy is common and isn’t harmful, if consumed moderately, things change when you crave something unusual like baking soda.

Consuming more than adequate quantities of baking soda can prove to be harmful to your body. It’s a non-nutritive item that can cause several possible health issues in your body that might need medical attention.

Usually, pregnant women crave such unusual things, but baking soda is also related to some severe issues a person might be facing. Let’s break down these issues one by one, and by the end, maybe you’ll be able to find your root cause of craving baking soda!

What are the reasons behind craving baking soda?

Craving baking soda isn’t something usual. Craving this kind of item signifies deficiencies in your body that need attention.

Your body could be deficient in iron and zinc levels and needs replenishing. Now both of these are equally important for our body to function healthily.

If your body’s iron level is low, it can’t produce enough hemoglobin in red blood cells that enable them to carry oxygen. It can be mild at first, and you won’t notice any such symptoms.

But if you’re craving baking soda and have been recently consumed it in large quantities, this implies your body’s iron levels are pretty low.

Some signs and symptoms of iron deficiency:

Causes of iron deficiency can be differ based on various factors:

Iron deficiency can lead to many complications in your body, such as heart problems and children’s growth issues. The best thing to do right away is to improve your diet and include more iron-rich foods in your day-to-day diet to incorporate daily required levels of iron.

Taking supplements is something your doctor might suggest if your iron levels are critically low.

Zinc is vital for our body in various ways, such as supporting cell function and helping enzymes perform their duties.

Other duties include boosting the immune system, assisting cells in dividing, maintaining a sense of smell and taste, and promoting wound healing.

It’s an essential mineral that performs many vital functions in our body. If you’ve been craving baking soda, one of the reasons apart from iron deficiency could be zinc insufficiency.

Other symptoms you might notice besides craving non-nutritive items such as baking soda are:

A poor diet with less zinc intake is one of the leading causes of this deficiency. Other causes include poor absorption of zinc in the body and chronic conditions such as alcohol addiction or Crohn’s disease leading to zinc deficiency.

But additional reasons which you might not know include:

Eating a wide variety of zinc-rich food such as oysters, yogurt, milk, chickpeas, baked beans, fortified breakfast cereals are some of the options to bring up the level of zinc in your body.

As always, there’re supplements for zinc that you might want to start taking immediately if your zinc deficiency is reaching a critical point.

Why am I craving baking soda during pregnancy?

If you’re craving baking soda during your pregnancy, then you’re not alone. It could be a simple weird craving like most women get during pregnancy, which goes away after a few months. Or it could be a disorder called pica, where a person compulsively eats nonfood items with no nutritional value.

It could be as simple as craving crushed ice or as fatal and as weird as baking soda. When a woman is in her first or second trimester, she gets this urge or desire to eat strange food items.

Pica is described differently from craving baking soda one time. A person suffering from this disorder can’t stop eating this non-nutritive item and needs medical help.

It’s not something to be ashamed about if you suffer from this disorder. It’s better to tell your doctor about your weird cravings not to cause more harm to your baby. Initially, it might not be easy, but you want your baby to be healthy at the end of the day, which is why you should do it.

Any complications from consuming baking soda during pregnancy will be treated, which might differ based on which item you’ve been eating compulsively.

Craving baking soda due to pica

There are several other categories of people who crave eating baking soda due to their pica disorder. Not just pregnant women but a lot of people with various issues might want to eat this non-nutritive item:

If someone is suffering from a mental health issue, a psychological examination can determine their mental health status. They can be recommended therapy, medications for managing behavioral problems, or both.

Is eating baking soda bad for you?

Anything in moderate quantities is not bad for your health, but when you eat it more than the required amount and possess a craving for it, it becomes harmful.

It can affect your health in various ways and cause serious health issues. Pregnant people and kids are advised not to have long-term use of baking soda in their diet.

How common is pica in pregnancy?

Pica disorder is quite common during pregnancy. Usually, it’s temporary and is due to some deficiency in the body.

People have different cravings, including sweet, savory, spicy, or even odd cravings such as ice, clay, or baking soda. If the cravings don’t go away after pregnancy, it’s better to seek medical help.

What are the side effects of baking soda?

Consuming more than the adequate quantity of baking soda can mess up your health in various ways:

What medications does baking soda interact with?

Baking soda has severe interactions with 24 different drugs and moderate interaction with about 93 drugs.

How much baking soda can you ingest?

It would be best to drink it slowly, not to cause harm but to help you with indigestion.

If you crave baking soda, a non-nutritive item, you could have some iron or zinc deficiency in your body, which is usually the case for most people.

Another possibility is that there are many hormonal imbalances during pregnancy, which can cause pregnant women to crave baking soda that goes away in a few months.

On the other hand, pica is a complex disorder that can’t be self-treated. The person would require medical attention.

This sort of disorder doesn’t go away quickly, and it’s with years of medical help, you can get it under control. It’s challenging for people with mental health issues or intellectual disabilities.

I think it’s better to get your deficiencies checked if you’ve recently started craving baking soda. It most probably is some deficiency that’s treatable with supplements and the right food.