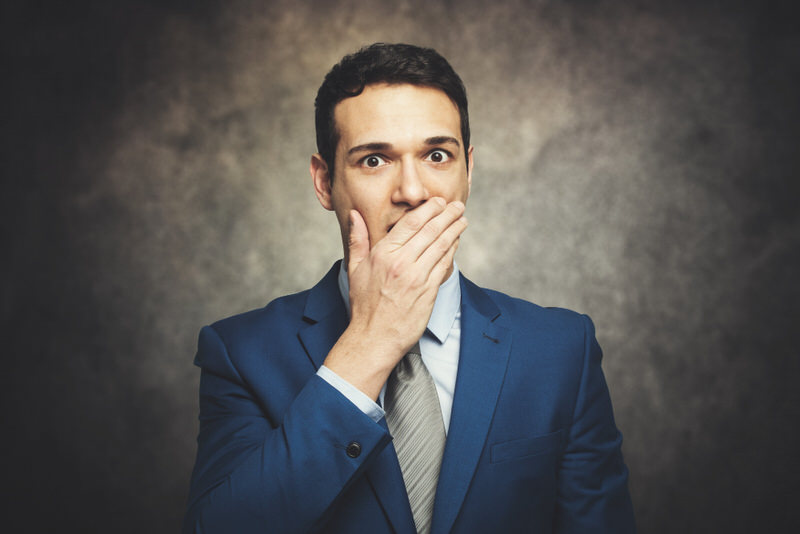 Yawning in itself is contagious; one cannot stop repeating it if they see someone else yawning. But when you start burping at the same time or towards the end of your yawn, it becomes embarrassing, especially if you’re outside! Yikes!

While yawning is a mechanism where one swallows a lot of air, burping is the opposite. When we yawn, we open our mouths wide, suck in a large volume of air, and exhale slowly. With the involvement of our muscles of the jaw, chest, diaphragm, and windpipe, we get a lot of air in our lungs. While burping can be termed as releasing excess air from our stomach.

Both of these activities are common amongst all humankind. Everyone burps and yawns. But then why do only some people end up doing these two at the same time? Let’s explore the possibilities of why this happens and what you can you do to stop burping after you yawn?!

Before we try to understand why some people end up burping after they yawn, let’s get to know what causes us to yawn and burp in the first place. Then understand why do they happen simultaneously for some.

As I mentioned before, yawning is a process where we open our jaw wide and suck in a large volume of air, and exhale slowly. This action helps us to inhale more air into our lungs.

Research indicates that yawning helps us to cool down our brain, just like any overworked machine. As we yawn, our heart rate increases, and we breathe in more air.

This cooler air inhaled circulates around our brain, bringing the temperature down. This is why we yawn before sleeping and upon waking up. Our body temperature falls when it is time to sleep and rises when we wake up.

Not only to control our body temperature, but yawning is also helpful and occurs involuntarily to relieve pressure build-up behind the eardrum that occurs during changes in altitude.

The most interesting thing about yawning is that when we observe someone yawning around us or even imagine someone yawning, we immediately replicate it. This contagious activity is thought to result from empathy, understanding what the other person is feeling, and putting ourselves in their shoes.

Burping is simply releasing excess air from our stomach out through our mouth. Our digestive system is involved in this process when digestion takes place. Gas is produced when food is being digested. The release of extra gas makes a burp.

Burping occurs both ways, voluntary and involuntary. It could be a result of the following:

Reasons why you burp when you yawn

Now that we have clearly got our heads wrapped around why yawning and burping occurs in the first place, it will be much easier to understand why some people end up burping when they yawn.

Yawning and burping are interlinked activities when we look closely at them. The common term both are involved with is excess air.

The simplest way to understand this is that we swallow about 2 quarts of air a day just eating and drinking and burp about half of that. If you’re doing both simultaneously, it means you are inhaling a lot of air than normally expected.

The related term for inhaling excessive air is called aerophagia. People with aerophagia gulp a lot of air resulting in uncomfortable gastrointestinal symptoms. There are several reasons why this could be happening.

How to stop burping when you yawn

Before you think of going to a doctor to seek help, there are some small but useful tips you can practice on a daily basis to reduce the frequency of you burping after each yawn.

Being mindful about the activities mentioned above daily can help reduce the chances of burping when you yawn. Not just for 2-3 days, but try following these for a significantly more extended time and then notice how you must have improved considerably. If, even after being mindful about these, you still burp when yawning, then consulting a doctor should be your priority.

Can anxiety cause yawning and burping?

Anxiety, yawning, and burping could be interrelated. This can be explained as during anxiety attacks, you hyperventilate, a typical response leading your body to feel it isn’t getting enough oxygen. As a result, you might experience yawning. Then due to excessive swallowing of air and breathing, you tend to burp too.

Why do I make a noise when I yawn?

You might hear a noise when you yawn due to pressure change in your ears, be it from a higher altitude or going underwater. These noises are caused by a tiny part of your ear called the eustachian tube.

Is yawning due to lack of oxygen?

You could be yawning because you just saw someone do it around you. Or it could be due to low oxygen levels in the paraventricular nucleus of the hypothalamus of the brain inducing it. Or you could just be tired or bored.

Is it bad to burp a lot on purpose?

Burping after having a meal is normal. But there might be a lingering illness if you burp a lot daily. One reason could be GERD (gastroesophageal reflux disease, also known as acid reflux. Which happens when acid in your stomach flows back into your esophagus and causes heartburn.

It is a phenomenon when air is sucked into the esophagus and then rapidly expelled through the mouth. This could be a reason for burping when yawning, as you suddenly end up inhaling a lot of air which then comes out right after as a burp.

Yawning and burping are two activities that don’t often happen together. While both are everyday day-to-day activities occurring in every human being, an excess of either of these could result from an underlying problem.

Being closely related while yawning, we do end up inhaling excessive air. Burping right after might just be our stomach expelling this excessive air. But it could also be due to underlying stress and hyperventilation from it, or it could be due to supragastric belch.

Whatever the reasons might be, there are things you can easily do to stop burping after each yawn. Being mindful of your day-to-day activities can bring you a lot of relief and save you from feeling embarrassed by burping out loud in public just after yawning. Hope it helps!