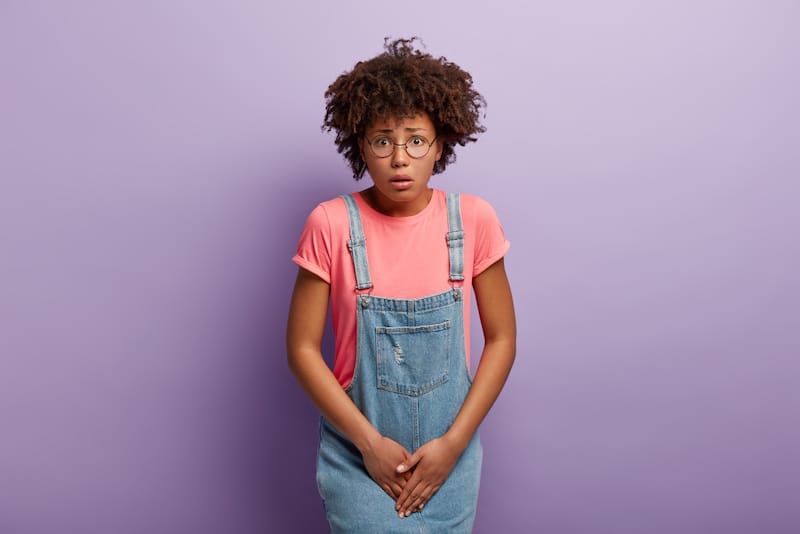 The triple antibiotic ointment is generally good for treating minor wounds like cuts, scrapes, and burns but may not treat injuries in your private area. This ointment contains bacitracin, polymyxin B sulfate, and neomycin as part of the formula. Any of the ingredients of this ointment could result in an allergic reaction which could severe the current condition. In addition, if you’re currently on other medications, it can interact with those drugs as well. Lastly, if you’re pregnant or a breastfeeding mother, it might not be such a good idea to use it either. It’s better to consult a doctor before using it on your private parts. Alternatively, you can apply a topical antibiotic or a barrier ointment.

Whenever you face a minor injury like small cuts or scrapes, you can quickly get any over-the-counter ointment and use it to apply on the wound as a first-aid without overthinking about it.

But when it comes to injuries in private areas, you stop and think twice before using any OTC ointments because it might end up doing more harm than help.

Unlike other parts, our private area is a sensitive part of our body and requires more delicate care, including the kinds of ointments used on it for any purpose. Using the wrong ointment can add more issues than help fix the current one.

So, using a triple antibiotic ointment like Neosporin (a brand ointment) is something you need to understand the usage of before thinking about using it on your sensitive parts.

Before jumping into the usage of a triple antibiotic ointment for applying on private parts, there’s a need to see if you even need it in the first place.

For women, it’s not unusual to get cuts in the vaginal area after indulging in sexual activities. But there’re other ways to get injuries, like getting a cut after shaving the private area.

The intensity of the cut may vary depending on the injury. But the most important thing is to see how deep this injury or cut is before trying to self-treat it.

If it’s not in your line of sight, sit on a chair and place a mirror in front of you to judge how deep your injury is. Don’t forget to wash your hands before and after touching your injury.

Simple cuts or superficial cuts are those injuries that will require you to be careful of them and handle them in a way to avoid getting them infected more.

Maintaining basic hygiene is of utmost importance, but so is using an ointment or taking a painkiller if it’s causing you pain.

Even superficial cuts can cause pain which could become unbearable. In such cases, using an ointment is better than taking oral antibiotics.

Available in many brand names, Neosporin is one such brand you must have heard about.

This ointment is called triple ointment because the formulation contains bacitracin, along with polymyxin B sulfate and neomycin, and forms three antibiotics as a whole.

Now, using them as ointments on the injury is beneficial in treating the wounds. But you can’t use this ointment with liberty when it comes to applying it to your private area.

First of all, it’s only available for skin use only, and it definitely can’t be used over significant cuts or larger portions of the body.

It’s also not appropriate for infections caused by any type of fungus or virus.

The thing about triple antibiotic ointment is that the formulation, which consists of bacitracin, neomycin, or polymyxin, could cause an issue when applied to the private parts.

As the skin surrounding private parts is sensitive, they’re more prone to an allergic reaction.

Using it in a private area might cause an allergic reaction if you haven’t consulted with your doctor first, as you might be allergic to the formulation consisting of active and inactive ingredients.

Not only an allergic reaction, but you could also develop a nasty interaction if you’re on some medications which could interact with this ointment.

So consulting with your pharmacist or doctor is essential for you might be unaware of these interactions.

What can you apply to a private area?

When it comes to triple antibiotic ointment, it might not be the best solution for applying to the private parts injury, but there’re other safe options to consider.

You can consider applying a topical medication or barrier ointment to help soothe the area.

Ointments like Bacitracin or barrier ointment such as Aquaphor can help heal the skin faster. 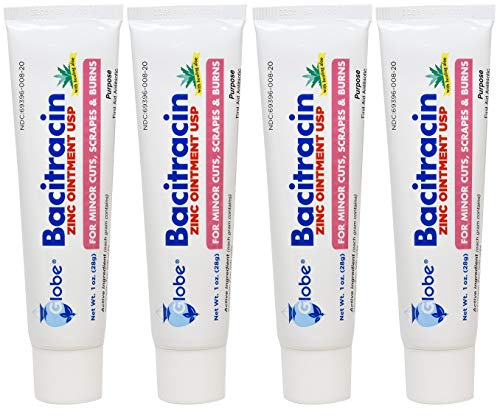 Bacitracin (topical antibiotic) and Neosporin (triple antibiotic ointment) are good options for treating minor skin injuries, scrapes, and burns. Both are approved by the U.S. Food and Drug Administration (FDA).

So, when it comes to determining which could be the best ointment for using on private parts, the answer lies in what works best for you.

Without knowing if you could be allergic to some ingredients in a triple antibiotic ointment, it would be irresponsible to suggest using it on your injury.

You can develop skin irritation or severe allergies, or there could be possible drug interaction if you’re on some other medications as well.

So, consulting a doctor is a must.

When to see the doctor

It could be possible you have no idea how you got that deep cut in your private area.

Especially for women, these cuts could be a bit deeper than a simple cut, and they might not bleed profusely but are something to be concerned about.

For women, these cuts could be caused from:

These might not heal on their own or can be handled by you by taking painkillers or applying OTC ointments to the injury.

If your symptoms haven’t improved in a few days and show no visible healing, you should see your doctor immediately.

You should also see the doctor if there’re other symptoms or issues such as:

These would need immediate medical attention from a doctor.

Things not to do during the healing process

Taking care of the injury in your private parts is different than taking care of an injury on other body parts.

Here you have to be more careful and sensitive in handling things.

Which ointment is best for itching in private parts?

Yeast infection does cause itching and burning in one’s private area.

Though it also depends on the cause behind this itching in private parts, which could change the form of treatment needed to get rid of it.

When should you not use triple antibiotic ointment?

There could be various issues regarding this ointment, and there are certain cases where it shouldn’t be used, such as:

– Neomycin is part of the formulation of a triple antibiotic ointment which many people could be allergic to. Without knowing if you’re allergic or not, using it can cause a severe allergic reaction.

– Using this ointment during pregnancy could pose a risk, so discuss it with your doctor before starting using it. Even breastfeeding mothers should consult before using it.

– Triple antibiotic ointments aren’t suitable for infections caused by any type of fungus or virus.

Which is better, Polysporin or Neosporin?

Unlike Neosporin, a triple antibiotic ointment, Polysporin is a double antibiotic containing ingredients bacitracin and polymyxin B but lacks neomycin, the third ingredient in Neosporin.

When the cut or injury is deep, it’s more prone to become sensitized to an allergen, so even if the patient isn’t allergic to neomycin previously, an allergy can develop late in life after prolonged exposure to Neosporin.

When applying ointment to the private area, it’s best to consult a doctor before self-treating it.

What are the side effects of using triple antibiotic ointment?

Side effects include getting an allergic reaction to using this ointment, resulting in hives, difficult breathing, and swelling of the face, lips, tongue, or throat.

The neomycin part of the triple antibiotic formula has a rare side effect leading to hearing loss.

The common side effects include mild itching or rash or minor skin irritation after using the medicine.

If you have severe redness or irritation, swelling, pus, oozing, or other signs of infection, then immediately see your doctor.

The private area is sensitive and can’t tolerate most ointments as a treatment.

The triple antibiotic ointment is generally good for treating minor skin injuries like cuts, scrapes, and burns, but it might not be a good option for applying in private parts.

This ointment could have an allergic reaction to you or might interact with other drugs in medications you’re currently on.

Though it’s available to be purchased without a prescription, it would still be best to consult a doctor before using it as a form of self-treatment in your private area.