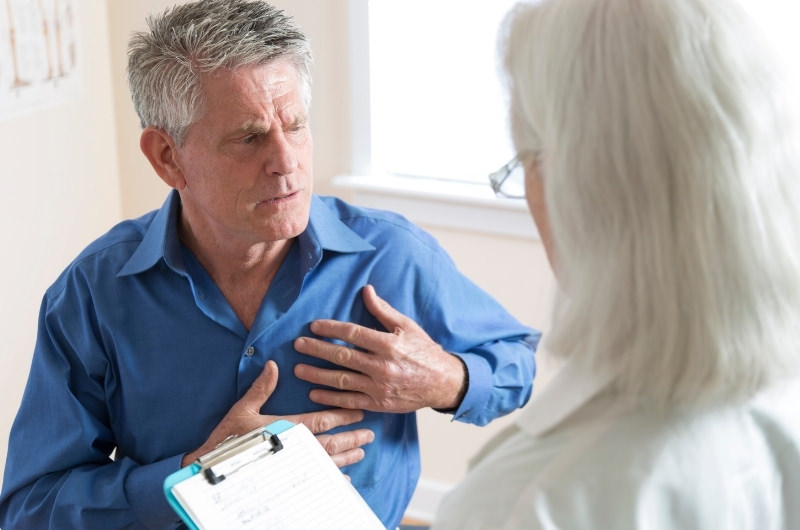 If you notice spider veins on your ribcage, you might have a condition called telangiectasia, where the tiny blood vessels cause threadlike red lines or patterns on the skin. Not life-threatening, but these spider veins can sometimes be uncomfortable or cause itching and redness. Multiple factors such as genetic, environmental, or a combination of both can lead to the formation of spider veins. Based on family history and performing some tests, you can help formulate a treatment plan to treat spider veins.

If you’ve noticed small thread-like red blood vessels forming near your rib cage and wondered what it is, then you might have Telangiectasias, commonly known as spider veins.

Many people might have these spider veins. While most don’t notice it as it’s somewhere on their body, they don’t see it often. For others, they might have it in very prominent places.

Depending on person to person, they usually aren’t bothersome for some. For others, it can be a sign of serious illness. So let’s try to understand more about telangiectasia.

What are the causes? Is there’s anything you can do about it? What kind of treatment is there to make them disappear? Let’s explore all these questions, and hopefully, you’ll get a clearer picture of your issue.

The small blood vessels you see on your ribcage must look like spider veins to you as they are very thin and spread like a spider’s web on your ribcage.

This is a condition termed telangiectasia in which widened venules (tiny blood vessels) cause threadlike red lines or patterns on the skin. They sit near the surface of the skin or mucous membranes and are often formed in clusters.

These spider veins are usually formed in areas like lips, nose, eyes, fingers, and cheeks but can also form in places like near your ribcage.

Other than how they might appear and their color, there are no other apparent symptoms of spider veins if it’s not serious. So, if you see these threadlike spider veins appearing on your body parts, that’s when you know you might have telangiectasia.

It’s still unclear how these spider veins come into existence. Researchers find that multiple causes might contribute to their existence. These may be genetic, environmental, or even a combination of both.

Once you see the threadlike veins appearing on your body parts, it’s a pretty apparent telltale that you have telangiectasia.

Depending on the diagnosis, people seek treatment as early as possible when they become aware of their spider veins. There could be the possibility of it being in the family history.

Your spider veins might not completely disappear, but there is a way to treat them to some extent. Based on your diagnosis and your family history, your doctor will bring together a treatment plan that can work for you.

Other diseases associated with spider veins

But when diagnosing, your doctor may also perform specific other tests to see if there’s any other underlying disorder. There could be other diseases associated with telangiectasia, such as:

Related to spider veins, this is more of a severe version of telangiectasia. It’s a rare genetic condition that can also be life-threatening.

Instead of forming and showing up on the skin, these spider veins form on the vital organs, such as the liver. The issue which makes it life-threatening is that they may burst to cause massive bleeding.

The causes of HHT are genetic, and people with this condition might inherit it from at least one parent. Five genes are suspected of causing HHT, and three are known. People with HHT receive either one normal gene and one mutated gene or two mutated genes.

HHT may cause the formation of abnormal blood vessels called arteriovenous malformations. These may occur in several areas of the body.

These AVMs allow direct connection between arteries and veins without intervening capillaries. This might result in bleeding and is deadly if it occurs in the brain, liver, or lungs.

The good news is that it can be treated by blocking or closing the blood vessels using embolization, laser therapy to stop bleeding, or surgery. If done right, people with HHT can also have a normal lifespan.

What causes spider veins on the rib cage?

There is no particular reason why there are spider veins on your ribcage. Generally, they appear on the ski; if HHT, they might be on your liver and won’t be visible. These are caused when fat builds up in the liver from fatty liver disease and blood flow sluggishly clots, impacting blood pressure.

Spider veins are generally not itchy, but if they’re then, it might be because your condition is getting serious. You might feel redness, itchiness, and inflamed to some extent.

Do spider veins ever go away?

Depending on your condition, family history, and treatment plan, your doctor might treat your spider veins and make them disappear completely. There are various treatment plans, and based on what is recommended to you might tell the time taken to treat it.

How do you stop spider veins from spreading?

Telangiectasia or spider veins are broken or widened blood vessels near the surface of the skin. Mostly appearing on your face, these spider veins can also form on your legs, back, and ribcage. Generally harmless, these spider veins will only cause discomfort such as pain or itching when the condition gets severe.

In some cases, spider veins might not disappear fully. Your doctor can choose the best method to treat your spider veins amongst various treatment plans. Occasionally spider veins can be a symptom of a more severe medical condition which your doctor can diagnose after performing the necessary tests.