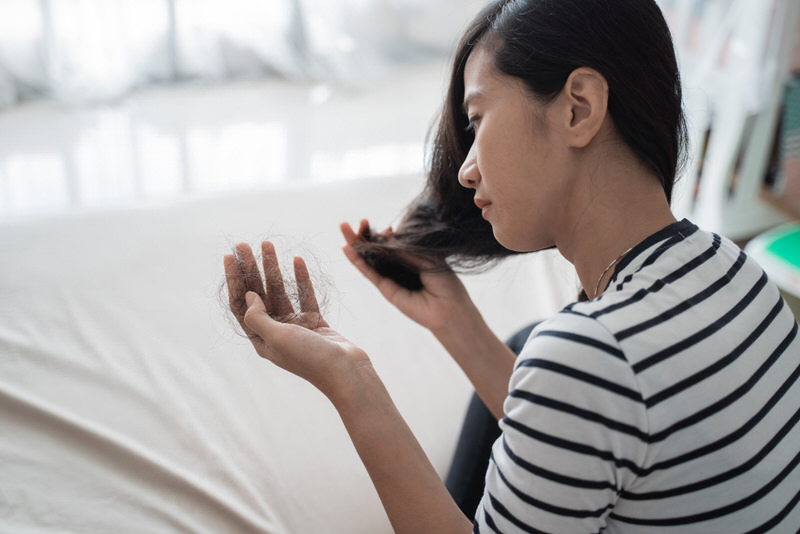 The use of various herbs and fungi has been a constant in eastern and Asian cultures. From the use of medicinal marijuana to the use of mitragyna speciosa, the origin of all these herbs, which are known for their medicinal properties, is the continent of Asia. One such herb is the Reishi Mushroom which has recently been making waves in medicine due to its promising effects on hair growth.

Reishi Mushroom is a herb with great historical significance. In Asia’s continent, it is known as a ‘herb of spiritual potency,’ There are many names given to the reishi mushroom, including lingzhi and G. Lucidum. These mushrooms typically grow in hot and humid locations within Asia, mainly at the base of deciduous trees.

Hair loss is an issue rampant in Asia and even in parts of the U.S and Europe. From hereditary hair loss to a stressful life resulting in hair loss, hair loss can be several different reasons.

The use of reishi mushrooms is an entirely natural solution to your hair loss problem as it is known for promoting hair growth. Due to the vast range of positive effects Reishi mushroom has on your hair, I would be the first one to give it a try, and after reading about its benefits ahead, I am sure you would too.

Effects of Reishi Mushroom on Your Hair

While the range of effects Reishi mushroom has is vast as it can help cancer, fatigue, and depression, we will be looking at its impact with regards to hair growth and health. There are several ways in which the reishi mushroom can help you have healthier hair, and they are as follows;

One of the most noticeable effects of the reishi mushroom is the inhibition of DHT that it causes. DHT or dihydrotestosterone is an androgen or a sex hormone converted from testosterone by an enzyme known as 5a-reductase. This hormone’s function is to promote ‘male traits,’ such as hair growth, etc.

One of the leading causes of androgenetic alopecia is scalp sensitivity to DHT, which is prevalent amongst men who have a genetic inclination towards male-pattern baldness. However, you mustn’t be disillusioned as I have just the solution for you.

DHT inhibition is not only a possibility, but with proper inhibition, your hair loss will be reversed, and more well-rounded hair growth will be promoted. A 2005 study conducted on the 5a-reductase inhibitory effects of 19 species of mushrooms concluded that the Ganodermalucidum or reishi mushroom showed the most promising results.

According to this study, the reishi mushroom caused the 5a-reductase inhibition to fall between 70% to 80%, while the second most effective mushroom species only caused a 60% inhibitory percentage.

For people with AGA, the reishi mushroom is an excellent alternative to pharmaceutical medication with various side effects.

Another reason why reishi mushrooms promote hair growth is the antioxidant and anti-inflammatory properties that they retain. Combining these two properties is perfect for protecting fragile hair and improving the blood flow in your scalp.

While the improved blood circulation promotes hair growth, the anti-inflammatory compounds in the mushroom protect your hair from damage.

Antimicrobial Properties for a Healthier Scalp

One of the biggest problems the scientific community faces today is the resistance bacteria is developing towards antibiotics. Speaking from personal experience, as I was a sickly child, there are various antibiotics that no longer affect me. In light of these changes, people look towards natural and organic methods of fighting bacteria, and the reishi mushroom is one such avenue to counter hair and scalp-related issues.

A study was conducted on the reishi mushroom, which focused on collecting it, drying it, crushing it, and then extracting it through one of three methods; methanol, ethanol, and acetone. The study also added a negative control of distilled water and positive control of an antibiotic named gentamycin sulfate to the experiment. This study showed that all of these extracts showed a zone of microbial inhibition within the negative control.

You may be confused as to what bacteria has to do with hair health and hair loss. However, there is a direct correlation as DHT abnormalities aren’t the only reason for hair loss. One primary reason why people go through hair loss is fungal and bacterial infections.

By utilizing an antimicrobial substance like the reishi mushroom, you can promote a healthy scalp, and you can prevent your follicles from clogging.

Reishi Mushroom as an Immuno-Modulator

Much like the rest of your body, your scalp and hair can also suffer from viruses and bacteria attacks, which is why a healthy immune system matters.

The reishi mushroom is a perfect solution as it has proven its effects as an immunomodulator. In simpler terms, the reishi mushroom can activate your immune system through cytokine production in this case and other chemical manipulations in other. A functional immune system and response would result in a better defense against the attack on your hair follicles.

Apart from hair loss, an issue that almost everyone has to face at one point in time is graying hair. However, to prevent this from happening too early on, the reishi mushroom can be a perfect avenue for you.

The reishi mushroom is known in order to avoid oxidative damage to your hair, resulting in stronger hair better equipped to retain its natural color. This is proven by a study carried out on the antioxidant effects of the reishi mushroom in 2015.

Are there any potential side effects of the reishi mushroom?

While the research on the potential medicinal uses and side effects of the reishi mushroom is still in its preliminary stages, few discoveries have been made. One such finding made during a study suggested that people who consumed the reishi mushroom for four months were twice as likely to experience a side effect as those who consumed a placebo. In light of this research, some of the side effects you may experience are as follows;

While one research conducted on the reishi mushroom found that four weeks of mushroom consumption did not result in harmful effects on the liver and kidneys, there are two case studies of severe liver problems occurring which disagree. However, in both of these case studies, the people only suffered these problems once they started consuming the reishi mushroom in a  powdered form.

While the side effects found in studies and control groups aren’t that frequent, it is essential to note that the reishi mushroom is yet to have a reported safety data. There is limited information available as of now.

As per the research that has been conducted on the mushroom, it has shown to be a promising alternative to pharmaceutical medication to combat hair loss. Not only has it proven to be relatively safe with minor side effects, but it has also proven to be highly effective against hair loss and to promote an overall healthy scalp and hair.

All in all, it is safe to say that the reishi mushroom is a viable enough option to give a try.