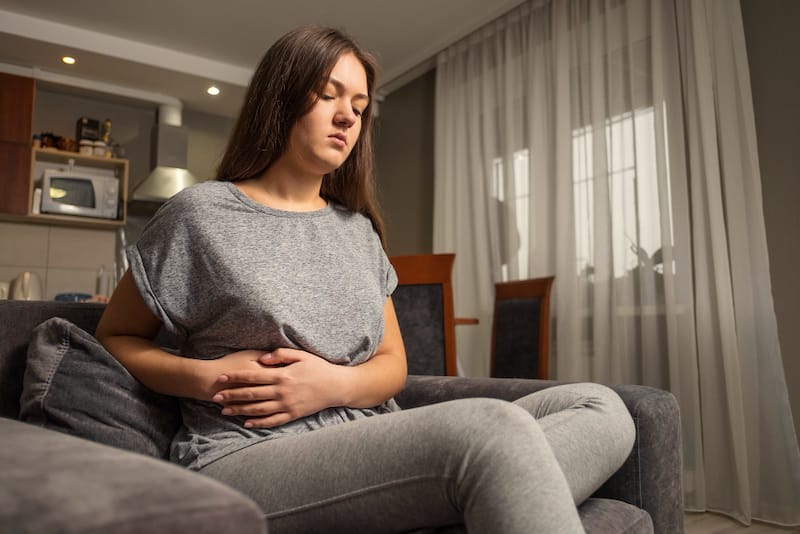 Problems that occur years after gallbladder removal can be caused by sphincter of Oddi dysfunction, post-surgical adhesion, biliary microlithiasis, and other trivial causes. The lesser causes include choledochal cysts, remaining gall stones, biliary injuries, and dysmotility.

Functionally the bile gets released into the duodenum to help digestion of food. However, even though the gallbladder serves a storage purpose, sometimes complications may arise and necessitate removal.

Most people who get their gallbladder removed are in constant battles with gallstones. Now, the foods we eat can cause the formation of stones in the gallbladder.

Besides being excruciatingly painful, it can cause blockage of the bile duct leading to inflammation and severe irritation.

The symptoms may include bloating, nausea and vomiting.

Some other complications like gallbladder cancer and cysts can also lead to its removal.

The surgery to remove the gallbladder is a major surgery that can be performed either through a large open incision or with four small incisions and internal cameras.

However, if the surgery gets performed, you may experience some complications related to the surgery either immediately or even a long time later.

The complications following a gallbladder removal are called a postcholecystectomy syndrome. The syndrome may bring many symptoms, including diarrhea, vomiting, and nausea.

Several factors can cause problems after gallbladder removal. However, sphincter of Oddi dysfunction, post-surgical adhesions, biliary complications, and indigestion are the major causes of such issues.

Here are probable causes of problems we may face even years after getting a gallbladder removal.

Causes of problems after gallbladder removal

Bile and pancreatic juice must flow between the pancreas and the bile duct to the small intestines, where they help in the digestion of food.

Therefore a muscle known as a circular rubber band is located along the respective ducts to control the release of bile and pancreatic fluid into the small intestines.

That rubber band-like muscle may be referred to as the sphincter of Oddi.

Sometimes and especially in people who have had their gallbladders removed, the sphincter of Oddi can experience a dysfunction that makes it unable to open and close as it should.

After some time, a backup of fluids occurs in the bile ducts and causes inflammation and severe irritation.

Dysfunction of the sphincter of Oddi can cause several symptoms, which, once noted, you should seek medical attention immediately. The symptoms include chills, diarrhea, fever, and nausea.

To get a proper diagnosis, you must get some scans since the symptoms can come and go and vary in intensity each time.

Just like scars form on the skin to initiate the healing process, adhesions caused by fibrous bands mend internal cuts.

Therefore it occurs where surgeries have taken place to begin the healing process. But unlike external scars, which we can monitor, adhesions may go out of control.

Adhesions may sometimes happen by adhering together two organs or tissues which should not be structurally together.

As a result, problems may occur, and the symptoms include extreme discomfort and even excruciating pain.

Therefore during post-operative care after gallbladder removal, constant care must be upheld to eliminate the formation of inappropriate adhesions.

Removing the gallbladder does not in any way eliminate the cause of the formation of the gallstones in the first place. Therefore some minute gall stones may form in the biliary duct.

Some of them are as small as three millimeters in diameter. However, their small size does not mean they are less painful or disturbing.

You may experience an upset stomach, diarrhea, vomiting, and nausea, but you may need other medical tests and scans to get a complete diagnosis.

As a treatment, most people are given a particular oral aid that dissolves the stones and flushes them out of the system.

After a gallbladder removal, there may be other causes of problems later in life.

Sometimes it may be a remaining stone that they had overlooked during the gallbladder removal surgery. Such must be dealt with to avoid pain and discomfort.

You may also have sustained some biliary injury from previous gall stones or the gall bland removal surgery.

Another most probable cause of problems after gallbladder removal is dysmotility.

Can a gallbladder grow back?

Like all other organs in the body, the gallbladder cannot grow back after removing it.

However, the opening of the bile duct still releases the bile into the small intestines, and functions run as normally as they should.

What is a postcholecystectomy syndrome?

Postcholecystectomy syndrome describes the presence of several symptoms that happen to you after you get a gallbladder removal.

Gall stones and gallbladder removal can happen to anyone. But it would be advisable to go for lifestyles and habits that do not promote such complications.

For example, greasy foods and foods with high cholesterol levels can heighten the risk of developing gall stones. Therefore, we must learn to live healthy lifestyles.

Whenever you see the symptoms of gall stones, you must seek proper medical attention and diagnosis.

Most importantly, you may have to choose other treatments that do not involve gallbladder removal unless it is your only option.