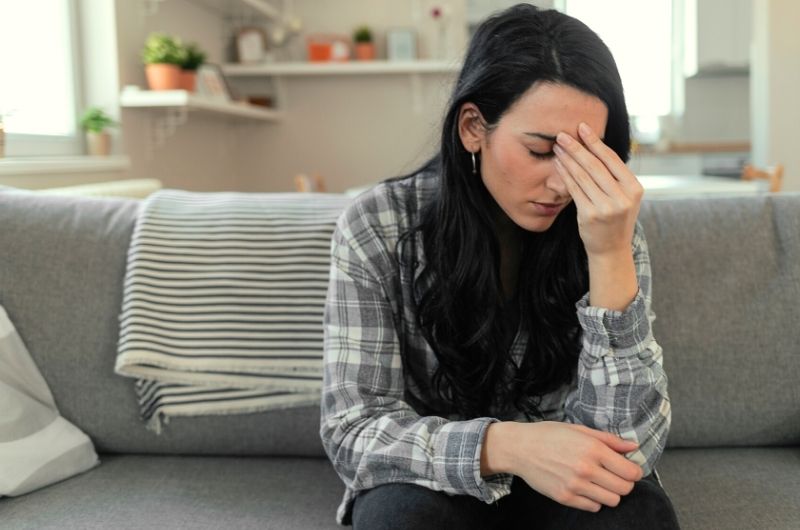 There are moments when you feel intensely anxious or fearful without any imminent danger but solely because you perceive some threat coming your way.

That feeling is what we refer to as a panic attack.

When we talk of a panic attack after eating, we must first acknowledge that our eating habits are very much to blame for our emotions, moods, and even behavior at some point.

You must know of someone who is easily irritable when hungry but becomes calm and approachable after a nice meal.

For the same reason, food can change your mood from anger to calmness, and it can at the same time cause you some negative emotions such as anxiety and even panic attacks.

There must not be any actual cause of the panic attack in food. The simple functionality of our body and how it reacts to food may cause many things.

Even so, some substances such as alcohol and caffeine are capable of causing panic attacks because they can compromise one’s mental judgment, thus affecting their behavior and emotions.

Herein we will discuss several causes and reasons why we may experience panic attacks after eating.

Causes of panic attacks after eating

Let’s look at 7 potential causes for you to have panic attacks after eating food.

The body transforms carbohydrates into glucose.

For glucose to be absorbed into our bodies, they must produce enough insulin. Insulin enables the cells in our bodies to use glucose for energy production.

The excessive insulin production in our bodies may cause sensations that make us anxious and eventually cause panic attacks.

In cases of reactive hyperglycemia, some people may complain of experiencing symptoms such as dizziness, shaking, racing heart, and increased perspiration.

Do you wonder why you have a craving for a specific cake or pie or cookie even though you know well enough that so many sugary foods may be bad for your dental health?

The answer may be straightforward.

Once you eat something sugary, you have a boost in energy that elevates your mood and makes you feel happy.

When the energy boost reaches its peak, it drops very quickly, leaving you feeling crest-fallen and in a worse mood, which may leave you craving even more sugary foods.

If you continue going for sugary foods, there will be continual boosts and drops in your blood sugar level, which can trigger the release of adrenalin and cortisol into the bloodstream.

Adrenalin and cortisol may be capable of causing anxiety and panic attacks.

Some foods can trigger panic attacks even though they have no capability of affecting blood sugar levels.

A great example would be cheese and other fermented foods, which contain histamine, a neurotransmitter that is likely to cause anxiety and panic attacks.

Other foods like caffeine can cause sleeplessness, which may, in turn, increase anxiety.

In addition, sugar and white flour may contain adrenaline which may cause anxious feelings or panic attacks.

Alcohol happens to be a notably common trigger of anxiety and panic attacks because of its ability to corrupt mental perception and judgment.

Allergic reactions can range from mild to severe.

Some symptoms of allergies, such as light-headedness and shortness of breath, may resemble allergy symptoms.

You may have consumed something that you are allergic to, either knowingly or unknowingly, and the resultant reactions may make you feel like you are experiencing panic attacks.

After consuming food, it goes straight to the stomach.

During indigestion, you may experience abdominal pain, bloating, excessive discomfort, and even nausea.

Indigestion can be also be caused by eating greasy foods and foods that lack enough roughage.

Roughage refers to some foods like whole grains, nuts, seeds, legumes, and fruits and vegetables, that your body can’t digest.

Failure to drink enough water after meals can also cause indigestion.

Indigestion can lead to anxiety and even panic attacks if it becomes too severe or without any reasonable cause.

Due to acids present in stomach contents, you may experience a burning sensation.

In addition, you may also experience a very uncomfortable choking feeling.

The burning and choking sensations can make you very anxious and result in panic attacks.

Have you ever felt your heart has skipped a beat or two?

That weird sensation known as palpitation may most likely be caused by some foods, although it may not be clear which types of foods cause palpitations.

Although palpitations may be harmless to an ignorant person, they may be anxious or even panic after experiencing a palpitation.

Some foods may contain neurotransmitters such as histamine and other substances such as adrenaline that may cause anxiety after consumption.

Others, such as caffeine, can reduce sleep and induce anxiety.

Alcohol, on the other hand, can cause anxiety by affecting behavior, emotions, and mental judgment.

How can high blood sugar cause panic attacks?

Excessive insulin production in the body may cause light-headedness, dizziness, and increased anxiety.

As we have seen, having a panic attack after eating may be a prevalent and normal thing.

However, unless you realize your diabetes may be acting up or you have a severe allergy problem or ingested something poisonous, you may have no reason to be afraid of panic attacks.

Panic attacks may come and go, but you will always have to eat because your body needs it, and your health counts on it.