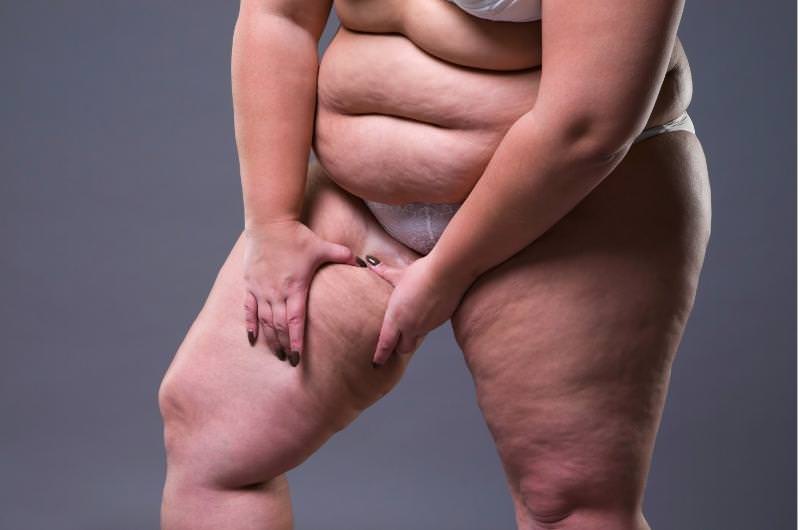 Obese people’s BMI may exceed 30, which means they may have serious weight issues and resultant medical complications. Lymphedema, often known as fluid accumulation in the leg tissues, can be the reason behind it. The accumulation may be caused by a failure in the lymphatic system to function correctly due to obesity, cancer, cancer treatment, radiation, and chemotherapy, among other causes.

Though less complicated than lymphedema, Lipedema may cause one leg to be bigger than the other in obese people. It may be caused by fat deposits in the lower body and mainly in ordinary women. It often sets in during first menstruation, during pregnancy, and after hormonal therapy.

Lastly, deep vein thrombosis caused by an intravenous clot in the leg of an obese person may cause one leg to be bigger than the other. High cholesterol levels in obese people may contribute to clot formation. Deep vein thrombosis needs treatment to prevent future occurrence.

We all might have witnessed a case where someone we know may have one of their legs bigger in appearance than the other. The bigger leg must have had some complications that had caused it to swell thus.

This type of swelling has, over in recent history, become a significant health concern, especially among obese and overweight people with a high BMI. We must first know about BMI before we begin to understand what obesity is.

Body Mass Index or BMI can be described as the quotient of what we get when we divide our body mass in kilograms by the square of our height in meters. The resultant figure has set limits beyond and below which if you go, you can be either obese or underweight.

People with obesity happen to be prone to countless weight-related health problems ranging from cholesterol issues to the swelling of legs, among many others.

Although the swelling of one leg to look bigger than another may not be exclusive to obese people.

Countless lean people, athletes even, have had to contend with the swelling of a single limb. That could probably be why we need to understand the conditions that could lead to such swelling, given that they also happen to obese people.

So herein, we will discuss in detail why one leg may be bigger than the other in obese people.

Reasons why one leg may be bigger than the other

The blood in our bodies plays many vital functions, such as oxygen and nutrient transfer. The fluid in our blood that becomes the main agent in transmitting the said nutrients and other content may be plasma.

Plasma carrying the nourishment having been dispelled from the bloodstream proceeds to bathe the countless body tissues in our bodies, providing nutrition and picking in its place waste products.

Some of it remains in the tissues and then collects in the lymph vessels, which help to assimilate it back into the bloodstream.

When there happens to be a malfunction in the lymphatic system, the circulatory system may not compensate for the excess fluid.

The fluid, therefore, builds up in the tissues causing excessive swelling, generally known as pitting edema.

How Lymphedema and obesity relate

In obese people, there could be several reasons lymphedema may occur. The legs of obese people tend to have more tissues than other parts of the body.

Therefore, the resultant fluid may be so much that it becomes a challenge for the lymphatic and circulatory systems to dump away. This scenario may result in fluid up and swelling, even possibly in one leg, making it look more prominent than the other.

On the other hand, obese people may have a lot of fat deposits and overlying fleshy tissues.

Collectively the deposits and tissue are likely to constrict the lymph vessels, similar to squeezing a drinking straw. Therefore, the constriction may mean less of the lymphatic fluid gets assimilated back to the bloodstream, resulting in fluid build-up and swelling on the limbs. That can happen to both or either of the legs.

Lipedema, a disease that marks the hallmark of deposition of much fat in the lower body and is common in women, may have been completely overlooked or even confused with the more complicated condition of lymphedema discussed above. It may also affect obese people.

Lipedema, also referred to as the painful fat disorder, causes excessive fat deposits on the legs, thighs, buttocks, and arms.

The fat deposits also bring with them much pain, discomfort, and poor quality of life among the people it affects, not to forget the problem in finding clothes that fit.

Given that lipedema occurs mainly in women, it may set in during their first menstruation, during pregnancy, and lastly later in life, especially after undergoing hormone therapy.

Although discovered tens of years ago, lipedema lacks any known causes or recorded evidence of being passed on genetically. Lipedema swelling does not indent when pressed, therefore non-pitting.

Lipedema swelling may be painful, bruise easily, have varicose veins, and have the ankle cut-off sign where the feet are spared from the inflammation.

There may be no known treatment for lipedema, but lymph-edema treatment may help in dealing with some of the symptoms.

Diet, exercise, compression garments, liposuction, and physical and professional therapy form some of the most instrumental methods of coping with lipedema.

Obese people seem to have high cholesterol levels, not to forget other possible underlying health complications.

In light of that fact, a clot may at some point occur in either leg. When such a clot occurs, swelling may follow, a condition known as deep vein thrombosis.

Deep vein thrombosis or DVT may cause swelling of one leg in an obese person. The complication needs treatment fast to prevent the clot from traveling along the vein, causing more damage to other more vital tissues in the body that could make it fatal.

Why is my one leg fatter than the other?

How do I get rid of lipedema in my legs?

There happens to be no known treatment for lipedema. Even so, treatments for lymphedema, diet, exercise, compression garments, liposuction, professional and physical therapy may be instrumental in dealing with some of the symptoms.

It should be our first concern if we are obese to get a correct diagnosis before worrying or jumping to conclusions.

As we also seek to deal with the problem of having one leg being bigger than the other, we should also put forth measures to tackle obesity altogether.

Therefore it would be instrumental if we embraced healthy lifestyles and lived within the correct and recommended weight levels.