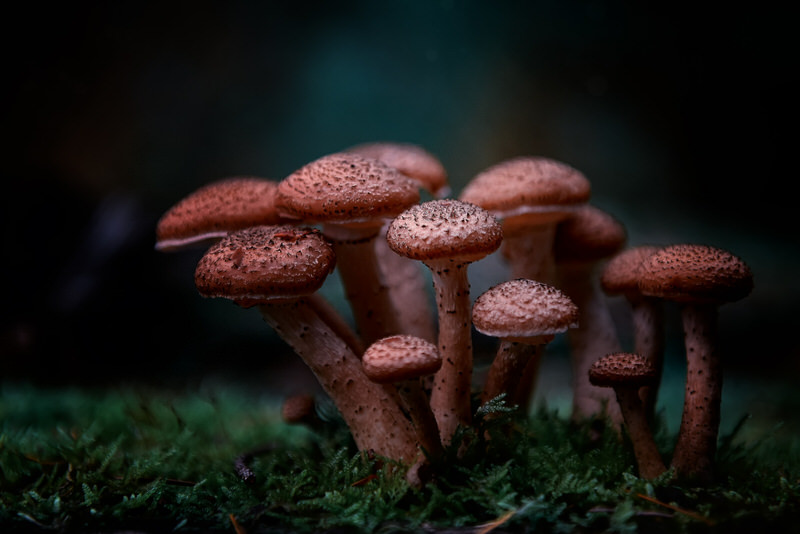 Contrary to popular belief, your brain (specifically the hippocampus) can and does grow new neurons every day. Exercise, a good night’s rest, and a healthy diet can go a long way in promoting this process. Another method is to use mushrooms. Certain mushrooms, such as the Chaga, promote neurogenesis and have minimal risk associated with it. Other mushrooms with psilocybin, aka magic mushrooms, have a stronger effect but are very risky.

Have you ever wondered about your brain? How it grows, and how it works? Did you know that the brain doesn’t grow much as you age despite it being our most important body part?

You have almost the same number of neurons/brain cells in your brain when you’re born as you have now. This number remains steady throughout your life.

But some parts of your brain can grow more neurons as an adult. The growth of these neurons is known as Neurogenesis.

Now you might be thinking about the benefits of growing these neurons. Can they make you smarter? How do I trigger neurogenesis? Can mushrooms make my brain cells grow? How will this affect my daily life?

Neurogenesis is the process where new brain cells or neurons are made in your brain.

Most neurogenesis happens when you’re still an embryo, but that doesn’t mean you completely stop growing neurons once you are born or even as an adult.

Scientists have discovered that a particular set of neural stem cells lie dormant within your brain. Once the time is right, your brain sends a signal asking these cells to grow into neurons. These are the only cells capable of this amazing ability.

The 4 most notable effects of neurogenesis are provided below.

A 2018 study noted that the addition of neurons helped the participants learn new things faster. Unfortunately, there wasn’t too much of a difference, but there was a noticeable increase in the rate that the participants picked things up.

This is because while neurogenesis increases the number of neurons, the connections made between the neurons are what helps with learning.

The same study also noted that neurogenesis improved the memories of the participants involved.

Unfortunately, the same factor described above reduced the impact of neurogenesis on improving memory, but an improvement was seen.

Luckily, this effect is very noticeable. As we now know, neurogenesis increases the number of neurons. But did you know that there have been studies relating lower amounts of neurons in your hippocampus (a part of the brain) and depression?

Luckily this is the exact area that the number of neurons increases due to neurogenesis. As a matter of fact, most antidepressants promote neurogenesis.

4. Reducing the risk of Alzheimer’s and Dementia

There has been some evidence that the increase of neurons can also help reduce the probability of getting diseases such as Alzheimer’s or dementia. But this is still under research.

Looking at the above list, we can see that all of the benefits of neurogenesis happen to be related to your hippocampus. This is because neurogenesis can only occur in very specific parts of the brain, like the hippocampus.

Since there are 26 different neurons in your hippocampus alone, neurogenesis is a very complex process.

Inducing Neurogenesis – The dos and don’ts

The above benefits are good for you in many ways, excluding neurogenesis. But now you have one more reason to do the dos.

There is also another key method to increase neurogenesis. Mushrooms!

Perhaps you’ve heard of it before, but mushrooms such as Chaga or Reishi have certain medicinal properties. Studies conducted on these mushrooms have confirmed that they combat depression via neurogenesis.

But that’s not all. They also help you relax, reduce stress and anxiety. And as we learned before, getting your rest is necessary for neurogenesis. So we can now add neurogenesis to the list of benefits provided by Chaga and Reishi mushrooms.

However, these two mushrooms are just the tip of the iceberg. The effects of psilocybin make mushrooms a gold mine when it comes to Neurogenesis.

Psilocybin is a well-known psychedelic which, in very simple terms, is a drug that can cause the user to have hallucinations and enter a different state of consciousness. As you can imagine, there is a high potential for abusing this drug, making it illegal in most countries.

The few studies conducted on psilocybin and other psychedelic drugs have noted a very clear positive impact on reducing depression and PTSD by enhancing neurogenesis.

Other studies have also said that psychedelics have repaired the damage done to the neurons by depression. But all of these studies are still in their very early stages, especially since testing these effects on humans can be a very lengthy process.

What are magic mushrooms?

These mushrooms have a special ingredient. You guessed it, psilocybin! While they can be eaten raw, they are usually dried and then blended into food or drinks such as tea (much like Chaga).

Studies have shown that a standard dose of psilocybin increased the growth of brain cells in mice, conclusively proving that these mushrooms can have a significant impact on neurogenesis.

But these magic mushrooms can also have the below negative effects:

The unfortunate side effects have unfortunately made these mushrooms very risky to take, especially as young adults might abuse the drugs for their psychedelic effects.

Another risk of using these magic mushrooms is that they look similar to poisonous mushrooms. And most times, it takes an expert to identify which is which.

Given that both these mushrooms grow in the wild, there is a good chance you might pick the wrong mushroom.

Mushroom poisoning can cause severe illness, permanent organ damage, or even death. So it’s best not to risk it at all.

If you are looking to increase neurogenesis (who wouldn’t?), the best mushrooms to help you would be the Chaga and Reishi mushrooms. This option is safer and has many other benefits, which you can read about here.

Magic mushrooms have psilocybin which can make them more effective for neurogenesis, but we have a long way to go to conclude the research. These mushrooms are also illegal in most countries as they can be very dangerous in the wrong hands.

You could also try getting a prescription for psilocybin by consulting a doctor. But hey, why not try the safe method. After all, getting the proper amount of sleep, exercising daily, and having some Chaga mushroom soup now and then can go a long way to bettering your life.