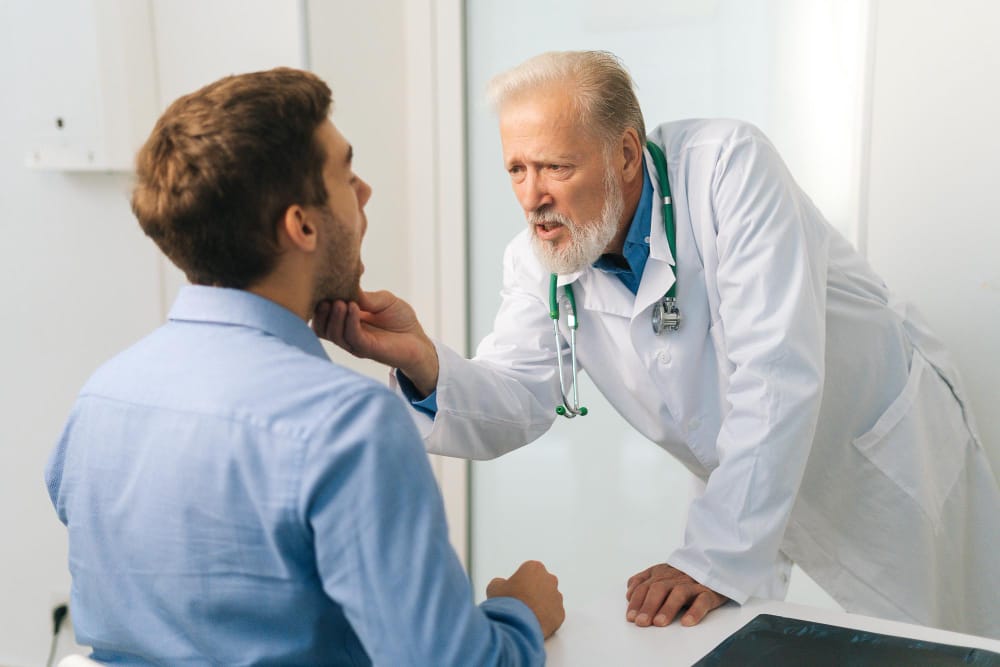 Sinuses produce mucus, a fluid that helps clean the nasal cavity and keep it free from bacteria and other infectious substances. They occur in the body as four paired cavities in the frontal part of the head. The sinus includes left and right frontal sinuses and left and right maxillary sinuses.

When infected by sinusitis, growths occur in the nasal cavity, also known as polyps, and swelling in tissues lining the sinuses. There may be swelling around the eyes, cheeks, forehead, and nose. Sometimes sinusitis can also be very painful. Fever, headache, sore throat, and a loss of the sense of smell can also set in.

Though in most cases the leading cause of sinusitis is a viral infection, it also may be caused by, among many other things, infections, allergies, air pollution, or some physical, structural problems in the nose. Sinusitis can prove to be a headache by appearing recurrently in people with asthma, cystic fibrosis, and a generally poor immune system.

Besides treating symptoms of sinusitis with painkillers and other nasal medications, sinusitis can be prevented by immunization, proper sanitation, and avoiding habits such as smoking that may spike it.

It becomes unavoidable to have surgery to rectify sinus-related problems at some point. The procedure is meant to remove the blockage in the sinuses caused by inflation. It also deals with any other complication, such as the bad structure of the sinuses.

Many people complain about their loss of senses of smell and taste after sinus surgery. There may be several reasons that the same happens. Although the loss of the senses of taste does not necessarily happen to everybody who undergoes sinus surgery, it may not be a permanent situation.

Reasons why we lose the sense of taste after sinus surgery

It may not be unheard of for your sense of taste to be temporarily diminished after sinus surgery since there might be a most likely occurrence that nasal cavity and airway may still be congested.

In most cases, crusts appear after the surgery to prevent airflow from reaching the smell receptors at the roof of the nose. The loss of smell by such kind of obstruction normally clears after some time given the right post-operative care.

Therefore loss of smell by obstruction may not be a cause for alarm. Even so, people who had diminished sense of smell before surgery may not have their sense of smell increased after sinus surgery.

You may wonder why we are talking about the sense of smell rather than that of taste. Simply the reason is that the senses of both smell and taste are meant to complement each other functionally. That would mean that much of the flavor we feel when tasting something may greatly be owed to the sense of smell.

That would explain why the sense of smell once tempered with during sinus surgery greatly affects taste after the surgery, even though the taste buds in the tongue were untouched during the same surgery.

2. Damage to smell receptors which affect the taste

The smell receptors happen to be situated at the roof of the nose as cilia or tiny hairs covered by a thin mucus membrane.

According to medical researchers, they detect an odor of substances by fast detecting the chemical components of the substance’s molecules, giving rise to the ability to detect almost a trillion different odors.

Therefore, it becomes imperative for surgeons to avoid damaging the smell receptors during sinus surgery. Loss of the sense of smell and hence that of taste can significantly affect the livelihood of any person.

In some people, it may even lead to stress and depression.

This swelling causes the sense of smell to disappear.

When the smell is affected, it also affects the sense of taste. It takes up to six weeks to fully recover and have the swelling disappear. So, if you just had sinus surgery, give it time for the swelling to go down, and your sense of taste will return.

4. Dry blood in the nasal passages

5. Nasal polyps could be back

Nasal polyps result in most cases of sinus surgery. Before you went for surgery, you might have developed a loss of smell and taste due to the nasal polyps formation. If, after a prolonged period after the surgery, you experience loss of taste, they may be back.

If you’ve healed from your sinus surgery but still do not detect the smell and thus taste, you should see your doctor. Your doctor may prescribe some drugs to help with the polyps or suggest a surgery repeat.

How to know if you have an infection after sinus surgery

If you suddenly lose your taste after you have regained it, it could mean you have an infection.

An infection would lead to increased swelling, which interferes with the smell receptors in the nose.

This effect, in return, interferes with your sense of taste. The infection may be due to the swelling, mucus, dry blood, or crusting in your nose.

Does septoplasty cause loss of taste?

Septoplasty surgery straightens the cartilage and bone that divides our nostrils. If you get swelling or infection after this surgery, your loss of taste may get detected.

What other reasons could lead to the loss of sense of taste?

Cold and flu affect the nasal cavity, and the smell receptors may get affected too. When this happens, your sense of smell and taste may vanish. Once the cold or flu has cleared, you often regain your sense of taste.

Other symptoms that Covid19 presents include:

If you get these symptoms and the loss of taste after sinus surgery, visit the nearest health facility and get tested for Covid19. You should ensure you stay at home until your sinus surgery heals completely.

Also, wash your hands and often sanitize after touching on other surfaces. This way, you may prevent yourself from contracting Covid19 while recovering from sinus surgery.

Infections in your nasal cavity may trigger cold symptoms, resulting in loss of taste. You should take your prescribed drugs to avoid bacterial infection while recovering. Remember to keep your hygiene levels high during this period.

Can polyps cause permanent loss of taste?

How long does it take for the taste to resume after sinus surgery?

It may take up to six weeks to fully recover from sinus surgery. Often, the sense of taste returns after this period.

Does Septoplasty cause loss of taste?

Yes, the effects may lead to loss of taste.

If you experience a prolonged lack of smell and taste after sinus surgery, be sure to visit your doctor.

The condition may be caused by less severe symptoms like cold, while at times it may be critical causes include the re-emergent of the polyps, Septoplasty, and Covid19. It would be best to treat it with the concern it deserves to get a lifelong solution.