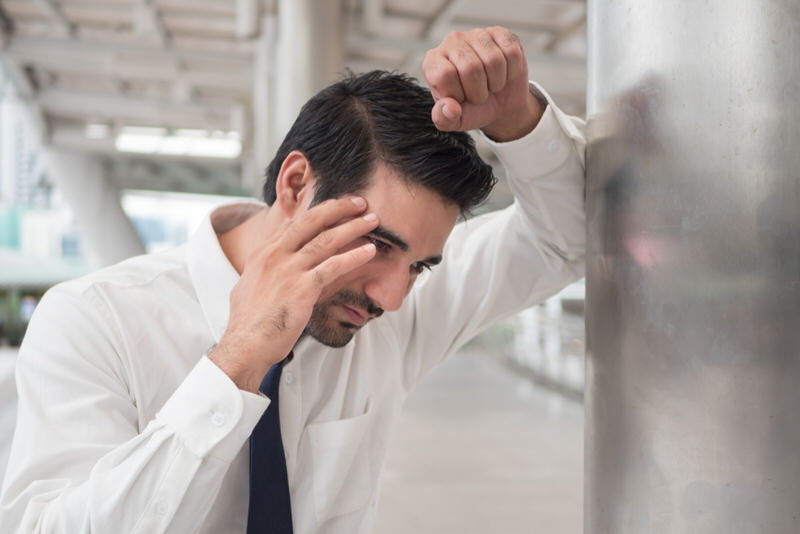 If you feel you’re drunk even though you’re sober, then it could be that you’re suffering from auto brewery syndrome. It’s a rare condition where your gut converts carbohydrates and sugar into ethanol, which raises your blood alcohol level and is similar to being drunk, including the symptoms. It’s not genetic but is usually found in people suffering from an underlying medical condition like Crohn’s disease, obesity, irritable bowel syndrome, etc. Once diagnosed, the treatment options include a restricted diet of low carb and low sugar and antifungal medication.

So you tell people around you that something isn’t right, and you feel drunk even though you haven’t had even a drop of alcohol. It all happens suddenly, and you’re going out of your mind because no one believes you and thinks instead that you’re a closeted drinker or have a lack of sleep.

If you’ve been going through something similar, then there’s nothing wrong with you, and what you have going on is called auto-brewery syndrome. Also known as drunkenness disease, this rare condition makes you feel you’re drunk without drinking alcohol because you actually are.

A lot must be going through your head, including if any such syndrome actually exists, but it does. Sadly no extensive research has been done on this syndrome yet because it’s pretty rare, and there only have been a few cases.

Let me help you understand this syndrome in more detail, and let’s look at causes, diagnosis, and treatment for auto brewery syndrome.

Just as the name suggests, this syndrome happens when your body turns sugary and starchy food (carbohydrates) into alcohol. It’s also known as gut fermentation syndrome and endogenous ethanol fermentation, and it makes you feel you’re drunk without any alcohol consumption.

You can also see its effects if you feel incredibly drunk after only a small consumption of alcohol. It’s a rare condition and occurs when an overgrowth of certain fungus types in the gut converts carbohydrates into alcohol.

Our gastrointestinal tract contains numerous bacteria, where fungi account for less than 0.1 percent. Although a low concentration of fungus doesn’t cause any issues, an overgrowth can significantly affect health.

Yeasts and other fungi feed on the sugars and starches in food, converting them into energy. This process also creates waste in the form of carbon dioxide and ethanol.

The ethanol that fungal fermentation produces enters the bloodstream and travel throughout the body.

Other reasons you may have too much yeast in your body include:

For people suffering from auto brewery syndrome, their body shows high blood alcohol concentration after ingesting a small quantity of alcohol or even no alcohol at all.

This syndrome causes the same physical and psychological symptoms that happen when a person is intoxicated or hungover such as:

People who are affected

Understanding how carbohydrates are converted into alcohol isn’t enough. Those who suffer from this syndrome wish to know why they suffer from it. Not just adults but children too are affected by auto brewery syndrome.

This syndrome is usually a complication of another disease, imbalance, or infection in the body. The good news is you can’t be born with this syndrome, but you may be born with or get another condition that triggers this rare syndrome.

Like in adults, too much yeast in the gut may be caused by Crohn’s disease. Those suffering from liver problems might have a chance of triggering this syndrome. In such cases, the liver can’t clear out alcohol fast enough. Even a tiny amount of alcohol made by gut yeast leads to symptoms.

Since this syndrome is rare, there’s not much research done on it yet, so no specific test exists to diagnose if someone is suffering from it immediately. Symptoms are not enough to diagnose this syndrome, and extensive research is still needed.

To detect this syndrome, your doctor will probably do a stool test to determine if you have too much yeast in your gut. Another test that your doctor might do is the glucose challenge.

You’ll be given a glucose (sugar) capsule in the glucose challenge test. You won’t be allowed to eat or drink anything a few hours before and after this test to ensure accuracy. After an hour, your doctor will check your blood alcohol concentration.

If you have doubts about whether you have this syndrome and don’t want to make a big deal out of it, you can test similarly at home. Eat something sweet on an empty stomach and use a home breathalyzer to see if your blood alcohol level has risen. 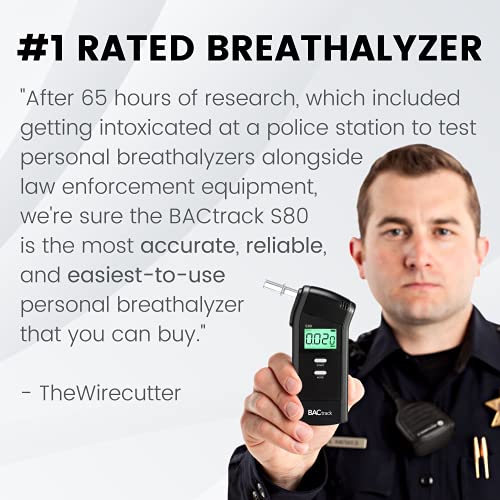 But it’s better to let the doctors do their job and diagnose if you have auto brewery syndrome.

There’s not a lot to be worried about since this syndrome is, in fact, treatable. Obviously, your carbohydrate intake will be recommended to be reduced, and this can significantly help you avoid getting drunk and result in less alcohol blood level.

You should also avoid processed foods and depend more on protein to help you feel fuller for longer.

Food items to be avoided includes:

Those will be treated first if you have other diseases while your diet will be restricted. When you no longer experience any symptoms, the carbohydrates will slowly be reintroduced into your diet.

Doctors can also treat this syndrome with antifungals and, in some cases, antibiotics. Antifungals can help reduce the amount of fungus in the gut, and these will also be useful in treating fungal infections that cause gastrointestinal symptoms.

Depending on how severe your condition is, your doctor will first start with a lower dosage, and if that doesn’t seem to work, they will increase the dosage.

Probiotic supplements may help balance the microbiota in the gut by introducing beneficial bacteria and inhibiting fungal growth.

You’ll basically be making nutritional changes to treat auto brewery syndrome. While you’re on medications, you have to restrict sugar, carbohydrates, and alcohol from your diet.

Take a diet rich in complex carbohydrates that are higher in fiber, such as:

Don’t make any dietary changes by yourself, and consult a doctor first before making changes in your diet or taking any medications.

While auto brewery syndrome is a rare medical condition that makes you feel like you’re drunk even though you’re sober, it’s not the only such condition.

Numerous conditions can affect a person’s mental state and speech coherently. These include:

Many people who aren’t aware of their underlying medical condition do get into a lot of trouble before identifying something is wrong and going to a doctor for a check-up. One hiccup that you might face during this time is getting accused of DUI.

In such cases, an attorney can prove your innocence with evidence such as:

How do you get rid of auto brewery syndrome?

To get rid of auto brewery syndrome, your doctor will diagnose your condition first then recommend treatment options. It could be keeping a restricted diet that involves a minimal amount of carbohydrates and is a sugar-free diet.

You might also be recommended to take antifungals or antibiotics along with this diet modification. Probiotics, a low carbohydrate diet, and avoidance of antibiotics may help prevent relapse.

After some time, if you seem stable, your doctor might slowly reintroduce carbohydrates in your diet.

Auto brewery syndrome is a rare condition with similar symptoms to when you’re drunk. Your body converts carbohydrates or sugar into alcohol in your gut, resulting in high blood alcohol levels.

So you might also be detected for being drunk when blowing into a breathalyzer even though you might not be. Even as you try to explain, you might not be exempted because it’s a rare syndrome, and not many people are aware of it.

It’s better to get diagnosed and prove your innocence than start a treatment.

Can auto brewery syndrome cause seizures?

Autoimmune syndrome might also cause seizures in a person because of an underlying medical condition already present in the person.

A 60-year-old man reported in a car accident faced a similar case of being drunk even though he wasn’t and was diagnosed with auto brewery syndrome.

Seizures were observed in this man due to high blood alcohol levels. After treating his gut with antifungal medications and proper dental treatment was observed, he started to go back to his normal self.

He had a fatty liver which was the cause of triggering his auto brewery syndrome.

Are you born with auto brewery syndrome?

You’re not born with auto brewery syndrome, and it’s not a genetic condition but gets triggered if a person already has an underlying medical condition. Several people suffering from various medical conditions are more prone to developing this syndrome over time.

It could be diabetes, Crohn’s syndrome, obesity, weakened immune system, irritable bowel syndrome, or others. The only way to treat this syndrome is to treat the underlying condition while restricting diet.

People with auto brewery syndrome aren’t always drunk, but they get similar symptoms when they have a diet rich in carbohydrates and sugar.

People who eat carbs such as pizza, pasta, bread, or soda have a high probability of getting drunk at a fast pace.

Microbes turn the sugar in that food or drink into ethanol, leading to high blood alcohol levels. For them, a low-carb and low-sugar diet is recommended by the doctor after being diagnosed with this syndrome. They might also be put on antifungal medication.

Auto brewery syndrome is quite rare and a severe condition as people might not recognize they have one unless and until they get into some severe accident. Since the general population doesn’t know about this condition, a person suffering from this syndrome might also be considered a closeted drinker.

Your life can be seriously impacted if you’re suffering from this condition. Although your blood alcohol level shouldn’t rise to extreme levels, there have been cases where it did for some people. It all depends on your underlying medical condition, which triggers this syndrome.

Getting it diagnosed as early as possible is vital so it doesn’t impact every aspect of your life. Don’t try to self-diagnose as this condition is rare, and if you have an underlying medical condition, it’s essential to treat both of these simultaneously.

Don’t worry too much, and if you suspect having this syndrome open up to your family about it and get the diagnosis and treatment as soon as possible.