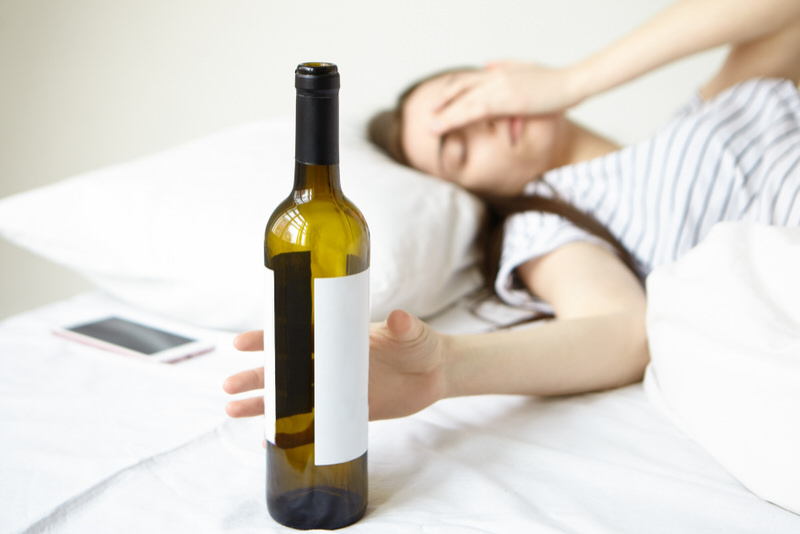 If you’re experiencing a hangover, you can expect physical symptoms like headaches, mental symptoms like dizziness, and nervous symptoms like tremors. The reason that your hangover has lasted this long could be due to many factors, such as lack of sleep and drinking on an empty stomach.

The reason could also be because your heavy alcohol intake has set off gastritis in your body or more serious conditions like alcohol poisoning. The first thing you must aim at is easing your hangover in such situations by staying well hydrated, having healthy breakfasts, and eating bland food if you’re going through continuous vomiting.

Hangover sickness typically lasts about 24 hours. However, sometimes when you’re dealing with a killer hangover after indulging yourself in way too many drinks, you might experience a sickness that lasts for up to 3 days. Or it could even mean that your alcohol consumption has triggered other illnesses.

Either way, if your hangover lasts for 3 days with no intention of going down, you’ll definitely need medical assistance in finding relief.

What are the common symptoms of a bad hangover? Why does your hangover sickness last that long? Can illnesses really be triggered by alcohol intake? What are the goods and bads of throwing up after drinking alcohol? How can you cure a bad hangover?

If you’re having trouble figuring out whether your sickness is an unfortunate result of those drinks you had 3 days ago, the following table will help you identify all the physical and mental symptoms of the sickness as per the US National Library of Medicine.

What causes hangover sickness to last that long?

You must be wondering what makes the typical 24 hours turn into an infuriating 3-day hangover sickness. This depends on various external factors and bodily conditions that existed when you had your drinks.

1. The number of drinks you had

Although the number of drinks doesn’t necessarily impact the time that your hangover lasts, it does affect the intensity of your sickness, according to a 2017 study.

With such severe side effects, your hangover will definitely feel much longer than it actually is.

You must get a good night’s sleep after a night of partying hard to rest your body properly. Otherwise, you’ll face the crummy mood swings that come with sleep deprivation, which will worsen your hangover.

So, it makes sense that your sickness would last longer than the average 24 hours.

Being hydrated is extremely vital when you go out for drinking. If your alcohol intake is too much and makes you vomit, you lose more fluid, which can worsen and lengthen your hangover symptoms.

Symptoms of dehydration are headaches, dizziness, and a dry mouth.

4. Drinking on an empty stomach

Hangovers are medically proved to be far more severe after drinking on an empty stomach. It leads to an ‘overshoot’ of ethanol in the blood, as per a study conducted by the US National Library of Medicine.

When you haven’t eaten anything and have a drink, alcohol irritates your stomach lining, leading to severe gastritis and vomiting.

Medications such as antidepressants, antibiotics, anti-anxiety medications, and allergy medications can mess with the metabolism of alcohol in your body, making it longer than expected to completely recover from the consequences of alcohol.

Also, if you’re suffering from health conditions like migraines, which are intense headaches, you can expect a long lingering headache that can last even up to 3 or 4 days after drinking.

What illnesses can be triggered by alcohol consumption?

The below list has a few illnesses that can quite easily be worsened by moderate to excessive consumption of alcohol. More information can also be found here.

Is throwing up after drinking alcohol good?

The answer to this can be debated. While it’s true that vomiting is not at all a pleasant experience, sometimes the risk of keeping excess toxins within your body can be harmful to you, which is why it’s perfectly okay to let yourself vomit if your body wants to.

Throwing up after a drink can soften your stomach pain and potentially lower the side effects that come with drinking.

However, if you get yourself to throw up regularly, you may experience throat damage and dehydration, and in certain instances, conditions such as electrolyte imbalance and ulcers can also be triggered.

So, it’s safe to say that prolonged vomiting is definitely not advised and if you have uncontrollable urges to vomit, which just won’t stop after vomiting once or twice, it’s best to consult a doctor.

How can you cure a bad hangover?

The best ways to speed up the recovery process of a bad hangover involve simple home remedies that you could easily follow.

Alcohol’s diuretic effect will lead to a heavy production of urine, which means that there will be a constant loss of fluids and electrolytes essential for a fully functioning body.

Especially if you’re vomiting, dehydration is a very common occurrence. So, to combat this, you’re going to have to drink a lot of water from time to time to reduce your hangover symptoms.

This is one of the most famous remedies when dealing with hangovers. A good nutrient-rich breakfast helps your body to maintain its blood sugar levels.

While having low blood sugar can be associated with a hangover, it could lead to symptoms such as fatigue, weakness, and nausea, according to the US National Library of Medicine.

A 2010 study revealed that a concoction of ginger, brown sugar, and tangerine extract proved quite helpful in relieving hangover symptoms like nausea, vomiting, and diarrhea.

Another 2012 study proved that a mixture of prickly pear and borage oil decreased symptoms of hangover sickness in 88% of patients.

What’s the best way to stop throwing up after drinking?

To put an end to the uncontrollable vomiting fiasco, you’ll have to take tiny sips of clear liquids when rehydrating, get a load of rest, and take ibuprofen to ease the pain that comes with relentless vomiting.

It’s also best to eat only bland foods like toast or crackers, and when eating, you should take only small bites and eat from time to time to keep your energy up.

Does drinking alcohol affect your sleep?

When you drink, your body produces a sleep-inducing chemical known as adenosine within your brain. Although you can fall asleep easily, this chemical quickly retreats, causing you to abruptly break your sleep. Regular drinkers may often find it hard to get a well-rested sleep.

How long does brain recovery take after alcohol abuse?

It’s a well-known fact that alcohol impairs the cognitive ability of the brain. When it comes to abusing alcohol, it will take at least 2 weeks for your brain to return to its original state. Unless you suppress your urge to drink within this time, there’s a chance that you might get addicted to alcohol.

Bad hangovers are definitely something to watch out for. According to research conducted by the US National Library of Medicine, hangovers cost an estimated amount of 148 dollars in the USA due to absenteeism and poor job performance.

After going through the risks and side effects portrayed above, it’s best to take precautionary measures when going out to drink by making sure you follow health-positive habits like not drinking on an empty stomach and staying hydrated.

A small habit can go a long way in avoiding a painful repercussion.