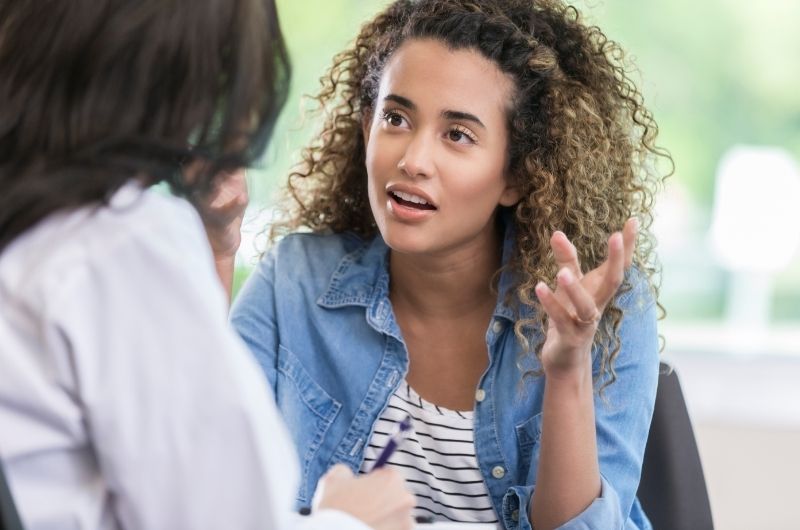 A prefilled syringe of 250 mcg Ovidrel will completely leave your system within 10-14 days. After this period, you may take your pregnancy test to guarantee reliable results and not worry about false positives. About 24-29 hours after taking Ovidrel, one-tenth (10%) of the dose comes out in your urine. hCG trigger shots stimulate your ovarian follicles to release the egg for fertilization. Ovidrel, a recombinant hCG, is as effective as the 5,000-10,000 (IU) urinary-derived hCG. Both only have some mild side effects.

Many couples face challenges in their relationships or marriage. One of these is not having children because of fertility problems.

It’s devastating to watch their faces lit up when they see other families with kids while they’re thinking of having their own.

Thank goodness for new discoveries and research that opened doors for couples to have their own child despite infertility issues.

Though these treatments and procedures are a bit pricey, it’s a priceless gift to finally have your own baby.

Learn more below about how Ovidrel makes every woman, man, and married couple’s dream come true!

It is produced from Chinese hamsters’ genetically engineered ovary cells through a procedure known as recombinant DNA technology.

Other brand names such as Novarel, Pregnyl, and Profasi are derived from the urine of pregnant women.

Urinary-derived hCG (uhCG) shots have been widely used for decades. Recombinant hCG (rhCG) was developed because some of the formulations in uhCG contain high concentrations of other urinary proteins.

However, research shows that both uhCG and rhCG have the same efficacy rates in resolving ovulation and infertility issues in women.

Though rhCG poses slightly lower risks of ovarian hyperstimulation syndrome (OHSS), uhCG is still widely used because it is less expensive and available in almost every country.

How do “trigger shots” work?

Human chorionic gonadotropin (hCG) is a hormone produced during conception or when a woman’s egg becomes fertilized after sexual intercourse.

It maintains progesterone production, which essentially prevents the uterus (endometrium) lining from shedding.

This enables the fertilized egg (embryo) can attach to it, resulting in a woman’s pregnancy.

When used as trigger shots, hCG acts like a follicle-stimulating hormone (FSH) and luteinizing hormone (LH).

FSH and LH hormones are produced by our pituitary gland.

Both stimulate a woman’s ovarian follicle (a fluid sac that houses an immature egg, called the oocyte) to develop and mature the egg.

Once an egg is fairly matured enough, the follicle releases it (ovulation). The egg then journeys down into the fallopian tube and waits for a sperm.

Trigger shots are used to treat various infertility issues in both men and women, including:

Trigger shots and other infertility treatments

hCG shots can be used by themselves but are often always used along with other fertility medications and procedures, including:

Clomid and/or Serophene are fertility drugs that are taken orally.

These are commonly used as first-line treatments for women with infertility issues, particularly those who experience irregular menstrual cycles and unexplained infertility.

These drugs act by blocking estrogen receptors in your hypothalamus, making your body think that you have low estrogen levels.

This causes the pituitary gland to secrete more follicle-stimulating hormones (FSH) into your bloodstream.

FSH triggers your follicles to develop causing, your oocyte to mature and estrogen levels to increase.

A week later, after taking the last dosage of Clomid, your hypothalamus is no longer blocked.

High estrogen levels result in an LH surge that causes your ovary to burst and release the matured egg (ovulation).

Your doctor may increase the medication dosage when ovulation does not happen like expected.

If pregnancy still doesn’t happen, your doctor may prescribe you to take hCG (human chorionic gonadotropin) shots to “imitate” the LH surge.

Ovidrel shots may also be given one day following the last dose of a follicle-stimulating agent such as Bravelle, Fertinex, Follistim, and Gonal-F, to induce ovulation.

Your doctor will test if your follicles have developed through serum estradiol and vaginal ultrasonography.

When your follicles are adequately matured enough, you will have to administer a prescribed dose (250 mcg or 500 mcg) of Ovidrel.

Ovulation typically occurs within 24 to 36 hours after receiving an Ovidrel injection.

Your doctor will probably tell you to have sex the night of the injection and every night after two to three days to coincide with the ovulation.

IUI is a relatively low-cost and non-invasive procedure that helps women or couples who wish to conceive.

It can be performed naturally without medications or with medications such as clomiphene citrate (Clomid), hCG (human chorionic gonadotropin), and FSH (stimulating follicle hormone).

These medicines promote follicle development and release of matured egg/s.

Timing and monitoring are essential with IUI, but schedule and instructions may vary in different clinics.

Your doctor will have to monitor your follicle development as you approach ovulation or the middle of your menstrual cycle through bloodwork and transvaginal ultrasound.

They will tell you to inject an hCG when your follicles grow 15 up to 20 mm, and your uterine lining thickens to at least 7 to 8 mm to stimulate the release of one or more eggs.

When ovulation occurs, your doctor will schedule the IUI.

They will ask for your partner or donor’s semen sample, which will be “washed” and inserted into your uterus using a catheter.

Depending on your doctor, they may ask for second insemination the next day.

They might also prescribe progesterone supplements after the procedure or when you’ve become pregnant.

IVF is more invasive and expensive infertility treatment. Still, it is your best option to have a higher chance of pregnancy.

That is if IUI and other infertility treatments weren’t successful for you and your partner.

You may be more familiar with this procedure through the term “test-tube babies.” Well, it’s what it sounds like, fertilization occurs outside a woman’s body and is done in a laboratory.

Like IUI, timing and monitoring are crucial. You will be given or asked to administer a trigger shot when your follicles are ready.

rhCG (Ovidrel) helps resume meiosis of your oocyte to become mature, containing half of your genetic material.

Within 36 hours, before your egg/s are naturally released, your doctor will schedule for the egg retrieval to fertilize them with your partner’s or a donor’s sperm in a lab.

Once fertilized, the embryo/s are then transferred or implanted into your uterus.

How much Ovidrel should you take?

Trigger shots are typically given once per cycle before ovulation.

In that case, your doctor will prescribe you to administer one prefilled syringe (250 mcg) of Ovidrel 24-48 hours after receiving a stimulating follicle injection. The same dose is also prescribed for timed sex and IUI.

In some cases, your provider may increase the dosage of Ovidrel to 500 mcg (equivalent to 10,000 IU uhCG) to increase the odds of pregnancy.

Talk to your doctor about getting the urinary-derived or the recombinant form of hCG and the risk of developing an ovarian hyperstimulation syndrome (OHSS).

About 12-14 hours after injecting Ovidrel into your stomach area, approximately 40% of the medicine is absorbed in your system.

Between 24-29 hours, that is the mean half-life of the drug, one-tenth (10%) of the dose is then excreted in your urine.

How to avoid false positives?

Medical experts estimate that Ovidrel will be entirely out of your system between 10 and 14 days.

So, it would be better if you take a pregnancy test after this period to avoid “false positives.”

To make sure not to turn your hope into despair, please follow your doctor’s instructions.

If you’ve undergone assisted reproductive technology, you may need to go to the clinic after 14 days to test your blood for hCG levels and detect if you’re pregnant.

If you can’t sit around and wait. Well, you might want to test out how long the drug is hanging around your body.

Simply use a pregnancy test every day and see how the lines progressively become lighter. If the dark lines come back, you might actually be pregnant!

Mild side effects of Ovidrel

Both the standard (urinary-derived) and recombinant hCG trigger shots have mild to moderate side effects, which should go away on their own after 2-3 weeks.

Please be sure to tell your doctor about other medications, food supplements, and herbal products that you’re taking to avoid drug-drug interactions.

It’s also important to tell your doctor about any health conditions to see if you’re okay to take trigger shots.

Remember that you should have a negative pregnancy test result before using Ovidrel.

Trigger shots may harm an unborn baby. Taking this drug will also give you and your baby a higher chance of having multiple births (e.g., twins, triplets, etc.)

Common side effects of Ovidrel may include:

Other rare but severe side effects

hCG shots may cause ovarian hyperstimulation syndrome (OHSS) in very rare cases. Please seek medical attention immediately when you have symptoms of OHSS which include:

Ovidrel should be taken a day after a follicle-stimulating agent so that your follicles are ready enough to release a matured egg.

To get satisfying results, please follow your doctor’s instructions on the dosage, when to administer, and what else to do, especially if you’re undergoing other procedures such as ovulation induction, IUI, IVF, and timed intercourse.

Ovidrel may give you mild side effects such as nausea and vomiting, mood swings, headaches, and breast tenderness. These should go away within 2-3 weeks.

Talk to your doctor about the risk of developing ovarian hyperstimulation syndrome (OHSS), any existing health conditions, and medications before getting a shot.

This medicine, however, is not effective in women with primary ovarian failure.