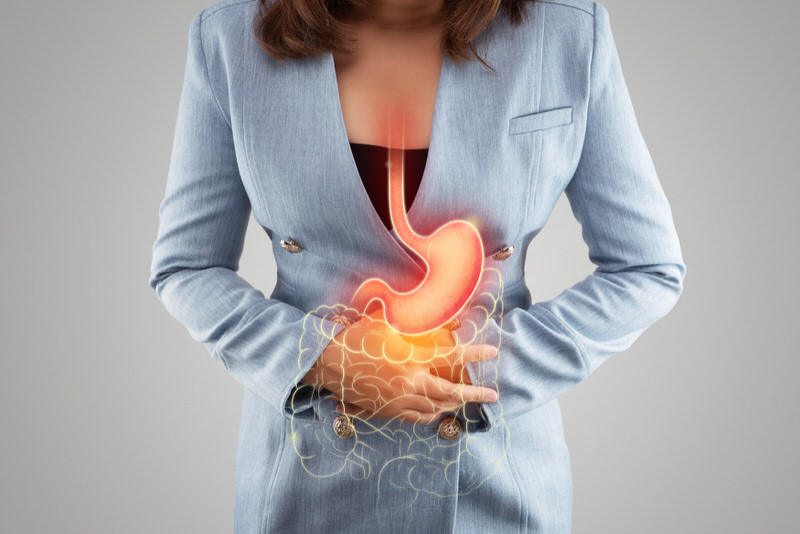 According to the research by Best Practice & Research Clinical Gastroenterology, an acid rebound can last anywhere from 3 days to 2 months after withdrawing a patient from a treatment of acid-suppressing medication for at least 2 months. Acid rebound is a phenomenon that occurs after you stop taking acid-suppressing medications like Zantac. Researchers say that about 5% of the adult population is taking acid-reducing drugs in western countries. The symptoms of acid rebound include reflux, regurgitation, indigestion, and heartburn and, the symptoms differ in the degree of severity from patient to patient.

Long-term use of these drugs can have a paradoxical effect on our digestive system once it is stopped.

Proton pump inhibitors (PPI) like Aciphex, Prilosec, Nexium, Protonix, and Prevacid are among the most widely used prescription medications in the United States for acid reflux.

The symptoms that a patient experiences after withdrawal of acid-suppressing medication can differ significantly from person to person.

Acid rebound is also called rebound acid hyperproduction. It occurs when the body has a surge of gastric acid following the removal of acid-suppressing medications.

When patients have been on medications like Prilosec or Nexium for years or, sometimes even months, they can develop acid rebound if they stop these medications abruptly.

When acid rebound occurs, patients may sometimes manifest worse symptoms than it was before starting the medication. Patients can produce acids in their stomachs in higher quantities than before in these situations.

It happens due to the excess gastrin present in the blood after the withdrawal of the acid-reducing medication. It signals the stomach to overwork and produces even more acid than before.

The patient’s current symptoms can also be worse than the symptoms they started with before starting the acid-suppressing medications.

What is a proton pump inhibitor (PIP)?

The PPIs directly block the acid pump in the parietal cells themselves. The effect of these medications can be long-lasting; it helps in postprandial (after a meal) and nocturnal gastric pH control for up to 8 hours.

However, consistent use of these drugs over weeks and months can reduce their acid-suppressing effects to half.

PIPs used in conditions such as

What to do if you are experiencing acid rebound symptoms

The symptoms of a patient with an acid rebound can be painful and have lots of discomforts.

When a patient stops taking the acid-suppressing medications, the symptoms can be more severe compared to when they had started taking it for reflux (GERD) or heartburn.

The patients may experience the symptoms following the stoppage or weaning off of the medications. These symptoms are painful and uncomfortable but, they are not life-threatening whatsoever.

But if left untreated can lead to dangerous conditions like H. pylori bacteria infections, Barret’s Esophagus, or even cancer of the esophagus.

The symptoms of patients with acid rebound are unique and require medical advice depending on their symptoms and signs.

In the April of 2020, the FDA recalled all ranitidine prescriptions and issued an immediate withdrawal request for Zantac because they may contain cancer-causing chemicals.

If you took Zantac previously, you might now suffer from an acid rebound if you have not started new medications.

There are many new medications available like Pepcid, Nexium, Tagamet, Prevacid, or Prilosec. A visit to your health care provider will give you a solution to your unique signs and symptoms of acid rebound.

Recent studies suggest,  PIPs are often overprescribed by doctors. This is not a very good situation, as it has led to an increase in acid rebound cases over the years. It is also not healthy to immediately stop the medication because it can wreak your digestive system.

It is therefore advised to stop or wean off the medicines in a step-by-step process. Before you do this, consult with your doctor and make sure this process is safe for you.

Step 1: Start alternating the frequency of your medications. On day 1, take a single dose of PPIs and, on day 2 take 2 doses of PPIs. If you experience adverse symptoms, supplement your missing dose with over-the-counter antacids.

Step 2: After 2 weeks of regularly alternating the dosage of PPIs per day, take the PPI with your largest meal only. If you experience adverse symptoms, supplement your missing dose with over-the-counter antacids.

Step 3: After 2 more weeks of following step 2, you may stop the medication.

Remember that your diet and lifestyle play a vital role in your acid reflux symptoms. If your BMI is greater than 25, consider a weight management program before the PPI weaning to help with your symptoms.

Acid rebound is a phenomenon that is that has to be dealt with patiently. If you suffer from gastric reflux, try avoiding PIPs. They can lead to very adverse reactions in the long run.

Consult with your doctor for the best plan of action for your disease manifestation. If you are weaning off PIPs, be diligent, cautious, and regular with your dosage.