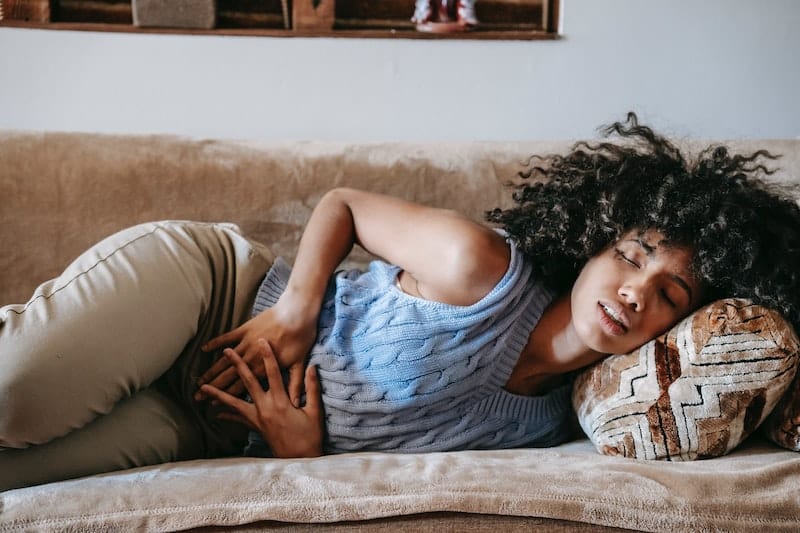 EWCM will come a few days before your ovulation starts. Some accompanying signs of ovulation will include ferning saliva, lower abdominal cramps, increased body temperature, and increased sexual desire. The EWCM should be clear, stretched, and with no foul smell to indicate a positive fertility period.

Egg-white cervical mucus, also known as EWCM, is fluid that frequently occurs in the cervix in the period before ovulation.

But while some women don’t give much thought to the color or notice the consistency of their discharge, egg white cervical mucus (sometimes abbreviated EWCM) plays a vital role in fertility.

Some women will get pregnant without any difficulty, while it may take a toll on others.

Fertility can be affected by genetic and lifestyle factors. Depending on the history of pregnancy difficulties in the family line and our dietary and other social factors, you may experience problems with getting pregnant.

Timing your most fertile period may be a plus if you have such difficulties.

At this time, the chances of a successful pregnancy increase. Therefore, noticing your EWCM will play a big role in how successful your pregnancy may get.

Fertility experts advise being on the lookout for EWCM if you have struggled with your pregnancies.

Therefore, most women will be wondering how to predict their ovulation correctly after noticing the EWCM.

Let’s look at some tips on understanding EWCM and how to do correct pregnancy timing.

How long after EWCM is the egg released?

Depending on how our bodies work, the egg might be released a few days after you notice the EWCM.

Some fertility experts put two days after the EWCM. So, when you see EWCM, you will start ovulating in two to five days.

This phenomenon means you may get pregnant any day within a few days after noticing EWCM discharge.

Give yourself two days after EWCM discharge, and then start trying to get pregnant for the following seven days.

These days prove perfect to get pregnant as per the menstrual cycle.

What are the common ovulation symptoms?

EWCM serves as the key sign that ushers in ovulation. However, some other symptoms may help you understand your ovulation pattern.

At the onset of these symptoms, you stand a chance of getting pregnant sooner.

Can I get pregnant the day after EWCM?

Some people start ovulating even within the first day of sighting their EWCM. Our bodies operate uniquely, so it might happen you get pregnant a day after EWCM.

We advise that you embark on trying to get pregnant immediately after you sight your EWCM vaginal discharge and up to nine days after.

You have a higher chance of getting pregnant than before or after the period during this period.

The earlier days prove the most successful in getting pregnant.

Can you get EWCM a week after ovulation?

EWCM occurs before ovulation in most cases. During the two days before your ovulation starts, the EWCM discharge starts coming out as a clear thick discharge.

It will be unlikely for this discharge to occur after ovulation.

If you had active sexual intercourse within the ovulation period, it could signify implantation.

You might need to visit your gynecologist for further pregnancy tests to confirm your pregnancy status.

Can you ovulate five days after positive OPK?

If you need the perfect ovulation window, don’t wait that long.

The eggs last up to 24 hours after ovulation.

So, if you get a positive on your ovulation test, don’t wait for more than 60 hours before trying to get pregnant.

The earlier you try after your ovulation, the more successful you may be.

So we suggest that you start trying your luck immediately after you notice the EWCM. This way, it may end up more successful in getting pregnant.

Does EWCM mean I already ovulated?

EWCM discharge serves as an indication that you will ovulate soon.

Within two days of noticing this fluid, your ovulation starts.

Can you get pregnant after EWCM?

Yes. Two days after EWCM, you start ovulating, and you might have an easier time getting pregnant.

The fluid discharge that happens after pregnancy will be different from EWCM.

While EWCM presents itself as a clear and stretchy colorless fluid, the one after pregnancy might be thinner and less elastic.

However, it may act as an early sign of pregnancy in some cases. If you notice EWCM after ovulation, visit your doctor for better results.

Should EWCM have a foul smell?

If you notice a foul smell with your EWCM, you should see a gynecologist.

You may have a bacterial infection that needs immediate treatment. However, EWCM should harbor no bad smell.

If you need to get pregnant, timing and monitoring your EWCM proves to be an essential step.

With the correct timing, you will achieve positive pregnancy results. In addition, you should have sexual intercourse within 60 hours after sighting your EWCM.

This way, you increase the chances of getting pregnant since the egg stays for 24 hours after ovulation, where you may get successful fertilization.