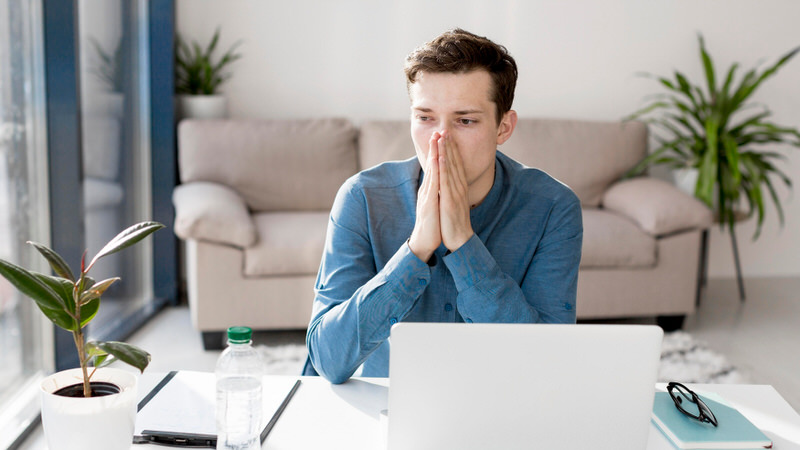 You don’t have to panic about having an excessive fear of ending up in jail, as it’s a relatively common complaint made by people with OCD. However, with Harm OCD, obsessions can tend to be quite overwhelming as you’re constantly worried about inflicting harm on your loved ones or even random strangers, in which case you’ll need to seek professional psychiatric help. People with OCD, contrary to popular belief, have no special tendency to commit crimes as they never intend on doing any harm in the first place.

While anxiety and OCD may sometimes go hand in hand, they have distinguishing differences, like the former being more realistic worries and the latter being an outcome of hyper-imagination. You can treat your OCD in many ways through therapy, medication, and even self-treatment in certain instances.

OCD, which refers to obsessive-compulsive disorder, is classified under chronic anxiety, where an average person can experience a somewhat unnatural and uncontrollable flow of obsessive thoughts followed by a behavioral response.

These thoughts are repetitive and trigger sudden urges in a person with OCD. If untreated, it can lead to a severe decline in mental health and may pose a threat to oneself. These obsessive thoughts can also include the fear of going to jail.

But is it normal to have OCD over the fear of going to jail? Is it normal to worry that your actions could result in legal problems and persecution? What is harm OCD, and what are its symptoms?

Are people with OCD more likely to commit crimes, or is it simply a myth? What is General Anxiety Disorder, and is it the same as having OCD? How can you treat your OCD?

Is it normal to have OCD over the fear of being jailed?

If you’re suffering from OCD, it’s completely normal to obsess over going to jail.

This is more common than you may know, as most people with OCD have an intense fear of ending up in jail, even if they’ve done nothing wrong due to their obsessive imagination.

For example, you could be refusing to take a drive because of the fear that you may hit someone during your drive and end up in jail.

In such scenarios, your OCD can interfere with your day-to-day activities as well. So, you don’t have to worry about being alone in this experience.

If this feeling is something you go through constantly, you likely have harm-based OCD, which will need treatment and even medical attention in certain instances.

Let’s take a look at what Harm OCD is.

What is Harm OCD?

Harm OCD is a subset of OCD, which means you’re having aggressive thoughts of committing violence against someone.

If you’re worried about your condition, the given list of intrusive thoughts will help you understand whether you’re showing signs of harm OCD.

Are people with OCD more likely to commit crimes?

Although people with OCD constantly feel guilty and shameful about even having these intrusive thoughts, they are no more likely to commit crimes as much as a normal person would.

In most instances, this OCD merely arises from the obsession to protect others and isn’t exactly harmful to people around them, although it may be excruciatingly burdensome for them.

Research conducted by the US National Library of Medicine shows that people with mental health conditions like OCD are over 10 times more likely to be crime victims than perpetrators.

However, it’s also important to understand another aspect of this. Some individuals may have harmful OCD behavior.

This happens when the intense fear of losing control results in a disruption of your ability to function normally. This can sometimes pose a threat to yourself and others around you.

The differences between OCD and General Anxiety Disorder (GAD)

GAD refers to a long-term disorder that makes you anxious in various situations rather than in one instance. While OCD and GAD seem to be similar, they are independent conditions that exist separately.

It’s even possible for an individual to have both these disorders simultaneously. Therefore, the best way to learn the subtle differences is through a table.

How can you treat your fear of jail OCD?

If you’re willing to treat your OCD and recover, there are various treatments and therapy that you could try out.

The below list can help you figure out your options.

In serious situations, you may have to resort to medication as well, which includes antidepressants such as selective serotonin reuptake inhibitors that exclusively help deal with various symptoms of OCD.

However, medical research shows that although SRI’s can be successful, there are serious health concerns with long-term usage. With the proper professional mental health assistance, you can identify which forms of therapy will best suit you.

Most of the time, if you’re experiencing mild OCD, you could even treat yourself with relaxation techniques that can help you resist your compulsions.

A 2012 study shows that for mild OCD, even computer-assisted self-treatment has been proven to be effective.

The Anxiety and Depression Association of America states that approximately 2.3% of its population has OCD, which amounts to about 1 in 40 adults and 1 in 100 children in America.

So you could say that it’s indeed a fairly common disorder that you should be concerned about.

This also reflects the importance of mental health, which should be given equal significance as physical health.

So it’s up to you to look to your health and seek professional assistance when you feel that you’re facing symptoms of such mental conditions.