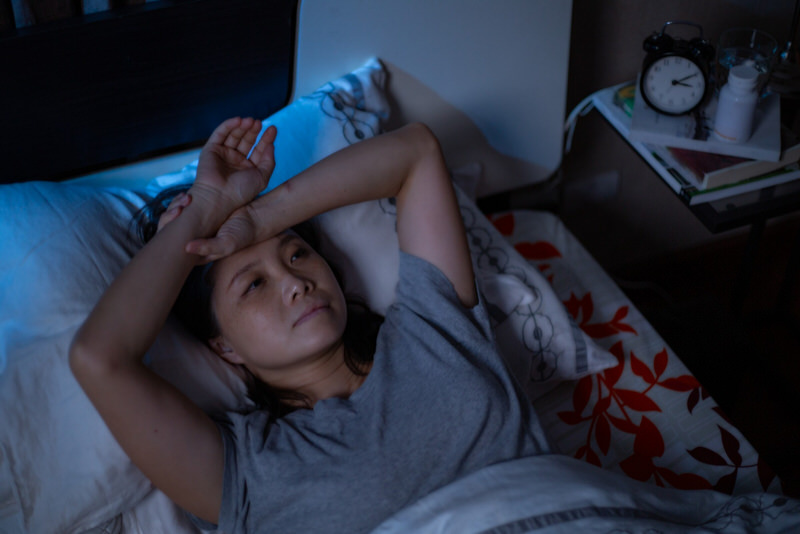 If you’re dreaming about someone who’s dead, then it’s because you were really close with them. It could have been your partner, relative, friend, or someone you had regular conversations with. While different cultures and religions have their own interpretations, in scientific terms, it’s your subconscious mind’s way of dealing with the death of someone you cherished.

We can never fully have a dreamless sleep, and our dreams are always filled with random things that happened to us or around us.

We can dream about our pets, future, past, and something we wish would come true. Our dreams are a projection of our subconscious mind, thoughts we might push aside or don’t often think about.

But what does it mean when you recently dreamt of someone who is already dead? People don’t usually dream about dead people they never knew. But only about people that might have been their relative, friend, colleague, or someone really close to them.

Let’s try to interpret your dream about a dead person and what it could mean to you?

Dreaming about someone who is dead

If you recently dreamt about someone who is dead, then it could mean different things. You only dream about someone who’s dead whom you were really close to, like a relative, spouse, and a friend.

It could also be a colleague, basically, someone whom you met daily or had regular conversations with.

Sometimes the death of a loved one can be untimely. You might not have been able to get the last word in, or the last conversation you had might not be an ideal one. This leads to guilt and unresolved feelings.

You wanted your last conversation to be a happy one, or there might be things you were planning to do together but couldn’t.

Seeing them in your dreams is a way for your subconscious mind to free you from this guilt and try to get closure, even if it’s only possible through dreams.

This is a widespread interpretation that many people come to when they dream about a loved one’s death.

Their passing away is something many people can’t accept easily, and they need time to accept this reality. Therefore, these dreams are simply a subconscious projection because they miss the person who passed away.

For you, it could also be a way to accept death and a process of moving on. These dreams frequently occur when you were really close to the person who died.

Dreaming about a dead person can continue for even months and is a part of the healing process.

People of different cultures and religions believe in ghosts, spirits, and the afterlife. So for them, they think the dead is paying them a visit through a dream, and whatever they are doing in the dream is some form of message for them.

When we dream of a dead person, the dreams are usually pretty clear, unlike other dreams, which can be distorted.

These people also believe that the dead person is visiting them from heaven or is stuck between heaven and the physical realm. The actions and even touch of a deceased person might feel real sometimes.

Although, it could also be because your mind was familiar with the way they talk, their actions, and their touch.

If you’re dreaming about someone who recently died, it’s because you feel lost in your own life; it might be because they were once a guiding force for you.

You must have used to look up to them and seek advice from them whenever in trouble. Now that they aren’t there anymore for you in your troubled times, you see them in your dreams.

Different religions have different interpretations when it comes to dreaming about the dead.

In Christianity, some people believe that God gives them a visit if their loved one appears in a dream. Depending on if the deceased person looks happy and healthy can provide an insight into heaven.

In Hebrew religion, if someone dreams about the dead, it’s more about their name instead of the physical person. The Hebrews claim that the name may be related to a verse in the scripture that represents a greater meaning.

Through a historical lens, different civilizations used to hold different meanings if we try to interpret the dreams about a dead person.

In the Zulu civilization of the 19th century, people are known as diviners frequently reported having the dead visit them in their dreams.

The diviners claimed that the dead were not there to talk with them but actually kill them. Zulu lived in a very violent culture, and this dream interpretation was one of the repercussions.

The ancient Egyptians believed that the dream world existed between the world of the living and the afterlife. They used to think that deities and departed spirits used to roam this realm. They would believe, too, that their dreams were visits from the dead themselves.

The Native Americans, on the other hand, used to believe that these dreams would bear messages from gods, the dead, and the nature around them. They thought that the dreams where the dead used to visit were actually incarnations of the dead themselves.

Is it normal to dream about dead loved ones?

It’s pretty normal to dream about your dead loved ones. It could mean many things for those who have such dreams. They could be grieving, trying to move on, or simply missing them so much they end up seeing them in their dreams.

What does it mean to dream about a loved one?

If you’re dreaming about your loved one, then it could mean you’re going through a rough time in your life.

You need emotional support from your loved one. You’re currently drained out, and, in this time, you should seek out your loved ones and spend time with them.

They could have been your friend, relative, partner, or even your colleague. Someone who meant a lot to you and with whom you had frequent conversations.

Throughout history, too, there have always been different interpretations attached to dreaming about a dead person.

Even in different religions, people have various beliefs about why they see the dead in their dreams. Or it could just be your subconscious mind making your dream of the dead.