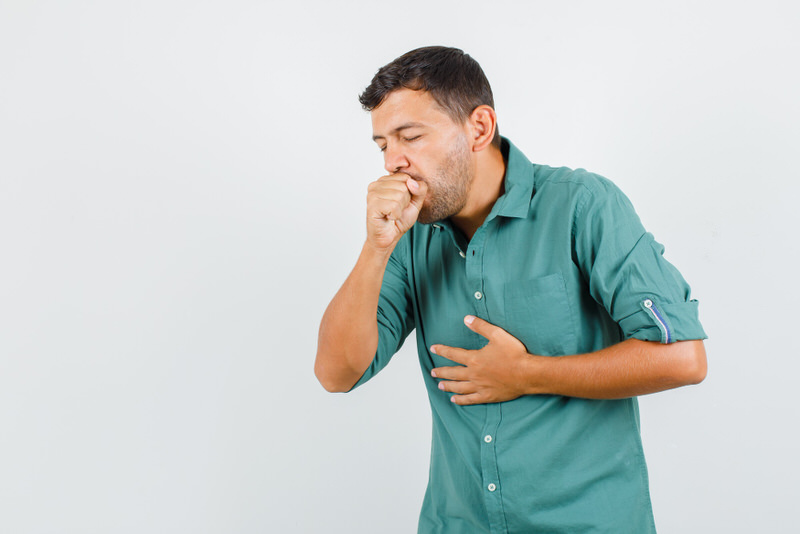 If you’re coughing up clear jelly balls of clear mucus, there are several varied reasons for this excess mucus formation. Our lungs, mouth, throat, nose, intestine, and even our eyes produce mucus. For example, the nose produces about 1 liter of mucus every day. The throat and lungs also secrete mucus, keeping the airways hydrated, protecting them from irritation while also preventing the germs from entering the body. An allergy, cold, and infection force the body to produce extra mucus, indicating that you have an infection in the respiratory tract. At times, the severe and persistent cough can also indicate lung problems requiring immediate attention.

Although cough is a natural phenomenon where your lungs throw out all the mucus and phlegm piling up within, a physician must examine continuous coughing with excessive mucus.

You may get irritated with all that mucus making your throat sore, but few people know that mucus serves various purposes within the body. So, let’s learn more about mucus and phlegm, which mucus shows an alarming sign, and how to treat it the right way.

Mucus: why the gel-like look!

As a kid, you might have wondered why mucus is so sticky and stuffy, giving you the feeling of “Yucckkkkk” every time you have to blow your nose.

This is purely due to the elements forming the structure of mucus. Mucus is made up of 98%  water, 1% salt, and 1% biopolymer. Biopolymers are long molecules that interact with one another, forming a gel-like physical appearance.

Mucus is beneficial for the body

The statement is, in fact, true. By producing an adequate quantity of mucus, your body is protecting you in two ways.

Are mucus and phlegm the same thing?

Although mucus and phlegm may look the same to you, there is a slight difference between the two.

Mucus is a thin mass secreted from your nose, whereas phlegm is thicker and produced in your throat and lungs.

Mucus and phlegm work together to keep you healthy. The mucus lining within your nose filters 80% of particles trapping germs, dust, and debris, whereas cilia (tiny hairs in the nose) push the mucus and phlegm towards the throat.

4 reason why your mucus changes colors

There could be varied reasons the color of your mucus starts acting weird, indicating that something is going on in the respiratory system that demands medical attention.

If you are coughing solid white mucus, it means a bacterial infection has attacked your airways. Going to a physician and using prescribed antibiotics will provide you relief in this condition.

Green and yellow sputum is a symptom of respiratory infection. This is because when bacteria attack the body, your immune system starts releasing defensive enzymes, giving the mucus a tinge of green or yellow.

4. Other colors of mucus

Red, pink, or signs of blood in mucus are signs of infection, or in severe cases, it could be cancer. Charcoal and grey color accompanied by irritation in the throat is due to smoking.

And finally, brown mucus is a symptom of chronic lung disease, cystic fibrosis, or bronchiectasis.

Why do children have mucus in their vomit?

When young children have chest congestion, they’re are not good at blowing their nose or coughing out the phlegm stuck in their throat.

This means all the excess mucus is being swallowed. With so much mucus finding its way to the stomach, the child suffers from an upset stomach or vomiting after intense coughing, and there will be mucus in the vomit.

How do I know if it’s smoker’s cough?

Smoking is also a major cause of persistent cough, which usually affects long-term smokers.

The toxins in the cigarette damage the airways resulting in a smoker’s cough. Prolonged coughing can cause hoarseness and chest pain which further leads to lung cancer.

A smoker’s cough is more like a forceful cough during which a person pushes out air to clear the irritants blocking the airways.

Common symptoms of smoker’s cough include:

Mucus and cellular materials build up a cast that looks like branches from a tree within the airways causing Plastic Bronchitis. To clear the airways, the lungs force the body to cough, which could cause difficulty in breathing.

Common symptoms of Plastic Bronchitis include chronic dry or wet cough and also suffer from shortness of breath. Treatment options include rushing to the physician for better examination of your lungs and always passage.

Ways to reduce overproduction of mucus:

Overproduction of the mucus can be a cause of extreme discomfort. Here are some quick tips for home remedies to help with mucus overproduction:

I am allergic to winters; my mucus level increases whenever there is a change in weather. The mucus blocks my nasal cavity making it difficult for me to breathe, and the excessive cough makes my condition even worse. But by using warm water and a humidifier, I have seen a drastic improvement and my frequent visit to physician has decreased.