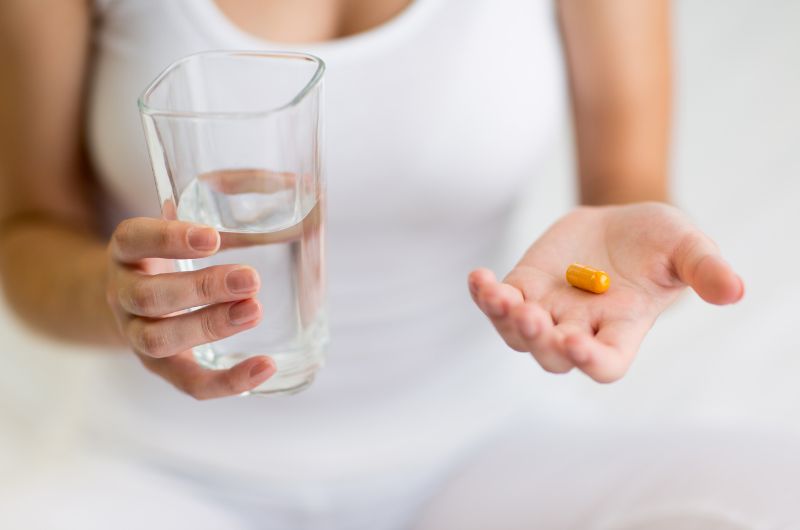 Lexapro is an antidepressant to help increase the serotonin in the brain to treat depression and anxiety. Ashwagandha is a traditional herb that helps reduce stress and anxiety symptoms and provides other benefits. While Lexapro is a prescribed medicine taking ashwagandha is more of a personal choice. There has been no reported interaction between these two, so a person doesn’t need to worry about any interaction. Lexapro interacts with 667 drugs, so it’s vital to inform your doctor about your complete list of health issues to avoid interacting with other medications.

Ashwagandha and Lexapro have something in common: they help treat anxiety in a person and significantly reduce stress.

Anxiety is the most common health condition in the U.S., impacting nearly 1 in 5 adults yearly. While Lexapro is medically prescribed medication, ashwagandha is more of ayurvedic medicine.

The only difference between them is Lexapro can’t be taken without a prescription, while anyone can include ashwagandha as a part of their diet.

If you’re confused about whether you should be taking both at the same time and are worried about the interaction between the two, keep reading!

Lexapro (escitalopram) is an antidepressant used to treat depression and anxiety.

It works by helping restore the balance of serotonin in the brain and lower anxiety levels. It belongs to a class of drugs known as selective serotonin reuptake inhibitors (SSRI).

This SSRI antidepressant is prescribed to patients by a doctor upon a careful diagnosis and comes with warnings.

The dose is also of utmost importance and needs careful administration. A person on this medication must also be careful and not suddenly stop taking it, for it can have negative impacts.

In the beginning, a person might take some time to adjust to this medication, but with time it takes only a couple of weeks to start seeing a difference and up to 4 weeks to see full benefits.

You might even experience some side effects initially, but instead of completely stopping the dose, ask your doctor how to get off this medication, or you could experience withdrawal symptoms.

When people first take Lexapro, they take time to get used to it. During this time, a person might witness various side effects, which should be minimal and go away by the second week of taking it.

However, if you’re also taking ashwagandha alongside Lexapro, you might get confused by these side effects and mistake this medicine for interacting with the herb.

It’s essential to be aware of the common side effects, which include nausea, dry mouth, trouble sleeping, constipation, tiredness, drowsiness, and increased sweating.

Some people might also witness serious adverse effects such as decreased interest in sex, changes in sexual ability, and easy bruising/bleeding.

It might also increase serotonin and cause a rare condition called serotonin syndrome/toxicity.

You have to be careful about other medications, if any, because there’s a long list of drugs Lexapro could interact with.

Found as an evergreen shrub in India, the Middle East, and parts of Africa, ashwagandha has proved to have many medicinal properties helping people for a long time in various ways.

They work as an energy booster, stress reducer, and anxiety. It also proves beneficial for certain cancers and Alzheimer’s disease and might help lower blood sugar levels.

It proves to have neuroprotective and anti-inflammatory effects. Compared to Lexapro, ashwagandha also has a calming impact on anxiety symptoms.

A study on mice suggested that this herbal supplement had a comparable anxiety-reducing effect with lorazepam, indicating that it might actually be helpful for anxiety.

A study conducted in 2019 on humans finds that taking a daily dose of 240 milligrams of this herb helps reduce stress levels by lowering cortisol.

Although extensive research needs to be done to prove actual benefits related to stress for this herbal supplement, there’s nothing wrong with making it a part of the lifestyle.

As a medication, Lexapro does have a list of other medicines where interaction is possible. An interaction impacts how a drug works and might increase or reduce the effects of the said medicine.

While these are only some medications that can result in an interaction, the best thing is to let your doctor know about any medical issue you suffer from before consulting about Lexapro.

When it comes to ashwagandha, it’s a home remedy for helping to reduce anxiety symptoms in a person and naturally help them. You could be already taking it before starting Lexapro or thinking about starting.

Ashwagandha is a natural product, and including it in your diet won’t harm you. Regarding interaction, it doesn’t react with Lexapro in any way, so you don’t need to worry about any side effects impacting you.

Though Lexapro displays a possible interaction with 667 drugs, it doesn’t show any possible reaction with ashwagandha.

But since Lexapro treats anxiety and other issues such as depression, generalized anxiety disorder, and major depressive disorder, you should always be careful about interaction possibilities.

What are the side effects of ashwagandha?

Taking ashwagandha daily is alright for your body as long as you take it in small to medium doses, but it can become harmful if taken in large quantities.

It can then; lead to an upset digestive system, diarrhea, nausea, and vomiting, and it could also irritate the intestinal mucosa.

Pregnant women should avoid taking it because it may distress the baby and could lead to potential premature labor.

The FDA doesn’t regulate the Ayurvedic herbs, which is ashwagandha amongst many and might not be preferable to some people.

Can you take ashwagandha with anxiety medication?

Taking ashwagandha with Lexapro drug doesn’t do any harm, and clinically there’s no proof of any side effect or interaction possible. However, there’re other anxiety medications that could result in an interaction.

A person suffering from other medical issues and taking more medications along with anxiety medication also needs to let their doctor know before including ashwagandha in their lifestyle.

What drugs shouldn’t be taken with ashwagandha?

It would help if you didn’t take ashwagandha with sedative medications because it might cause sedative effects and induce a state of drowsiness in the person. Some of these medications include clonazepam (Klonopin), diazepam (Valium), lorazepam (Ativan), alprazolam (xanax), flurazepam (Dalmane), midazolam (Versed), and others.

Can you take ashwagandha with Wellbutrin?

Ashwagandha is a herb that’s supposed to help people reduce their stress and anxiety and help them achieve a more peaceful life.

Wellbutrin is a drug prescribed to treat depression and can improve the mood and feelings of a person.

While you can’t depend on a herb to clinically treat depression and alleviate your mood, there’s no harm in taking it alongside Wellbutrin.

There’s no interaction between the two, so a person taking both in the right quantities won’t see any side effects.

Does Lexapro make you feel weird at first?

When starting this medication, it certainly takes up to two weeks to start getting used to the dosage and up to 4 weeks to see the benefits of the medication in effect.

At first, a person might go through some mild side effects such as nausea, sleepiness, weakness, dizziness, anxiety, trouble sleeping, sweating, and sexual problems, amongst others. But they should subside within two weeks.

If it still doesn’t, then the medication probably isn’t suited to you and in such case, letting your doctor know about it is the best so they can change the dosage or the medication altogether.

While the doctor prescribes Lexapro upon a careful diagnosis, ashwagandha is a more home remedy a person might take because they believe in its benefits.

Ashwagandha helps reduce stress and anxiety symptoms and has other physical and mental health benefits. Taking it in small and medium quantities won’t affect you in any way.

There’s no interaction between Lexapro and this herb, but Lexapro does tend to react with many other drugs. It might take a couple of weeks to get used to this drug, and you shouldn’t confuse the initial side effects with any interaction between them.

But to be on the safer side, it’s best to let your doctor or healthcare provider know about intaking this herb so that they can guide you better on your journey to improvement.