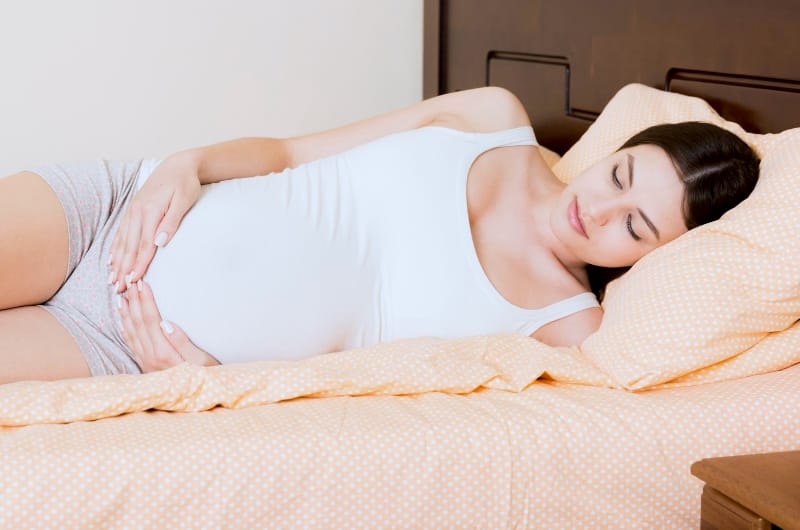 BV increases your risk of miscarriage when you suffer from the infection in the later weeks of your pregnancy. But, miscarriages during the first trimester aren’t usually caused by BV but are frequently due to chromosomal abnormalities that develop in the fetus. Treating BV as early as possible during pregnancy may reduce your chances of suffering from pregnancy loss. Other infections like chlamydia, foodborne illness, fifth disease, toxoplasmosis, etc., can also increase your risk of a miscarriage.

Pregnancy is a very eventful time in a woman’s life. And, as they say, one of the greatest gifts in this world is giving birth to another life.

Have you already heard your baby’s heartbeat? Did you feel their tiny kicks and punches? That feeling is something nothing in this world could ever replace.

As much as the joys of pregnancy give you, there’s also the fear of things going wrong like miscarriages.

About the time you’ve known you’re pregnant, you have a 10-15% chance of miscarrying.

Several factors can cause you to miscarry; yes, infections are one of them. Many women suffer from bacterial vaginosis, even during pregnancy.

Symptoms of bacterial vaginosis during pregnancy

Bacterial vaginosis occurs when the “bad” bacteria (anaerobes) outgrow the “good” bacteria (lactobacilli) in your hoo-ha.

There’s no known exact cause for how this exactly happens, but several factors may disrupt your pH balance and normal vaginal flora resulting in BV.

Women with BV, pregnant or not, commonly have the following symptoms:

Does BV cause miscarriages?

Remember to talk with your doctor when you have concerns regarding your vaginal health.

It’s normal to worry when your baby’s life is at stake.

But, most pregnant women with BV ended up delivering perfectly healthy babies. So, you need not worry much. And, even if you tested positive for BV, treatments are available.

Experts still have no clear explanation of the relationship between bacterial vaginosis and early pregnancy loss.

Most causes of early miscarriages (during the first trimester) are hard to determine.

However, most are frequently linked to fetal chromosomal abnormalities and health problems of the mother, like infections, hormonal issues, poorly controlled diabetes, systemic lupus erythematosus, or thyroid disease.

BV is known to increase the risk of miscarriages in a woman’s pregnancy, particularly during the last trimester.

However, a recent study showed that women who were 16-24 weeks pregnant (second trimester) are three times more at risk of losing their babies than women who aren’t infected.

What happens if BV is left untreated during pregnancy?

While bacterial vaginosis isn’t a life-threatening infection, pregnant women are much prone to complications such as the following:

What can you take for BV while pregnant?

Most of the time, bacterial vaginosis goes away on its own. But, remember that it varies from woman to woman.

You must get tested for bacterial vaginosis during pregnancy, especially when you have already had preterm labor.

Your doctor may prescribe you medicines and other treatments to help you eliminate the infection.

Your doctor may prescribe you antibiotics like the following:

Remember to do the following when treating bacterial vaginosis.

What infections can increase your risk of miscarriage?

From the term “miscarriage,” you would think it happened because something went wrong during your pregnancy.

However, that’s not always the case. Most pregnancy losses result from your fetus not developing correctly.

Other than BV, some viral and bacterial infections can also increase your risk of miscarrying. If you’re worried about having one of the following infections listed below, please ask your doctor about getting tested to receive early intervention.

Here are some infections that may put you at risk of pregnancy loss:

It’s treatable and curable with antibiotics, but serious complications may arise when the infection is overlooked.

Untreated STIs like chlamydia can result in the following:

Some bacteria that cause foodborne illness (food poisoning) in pregnant women may lead to preterm delivery, stillbirths and miscarriages.

Remember to visit the nearest emergency clinic at your place when you have symptoms of food poisoning.

Sometimes, it’s difficult to tell if symptoms are just normal because of your pregnancy.

It usually takes hours to days before the symptoms occur, varying from mild to severe.

The following are common symptoms of food poisoning:

Parvovirus B19 is a virus that causes a mild rash illness called fifth disease.

When people catch this virus and get it during childhood, they will develop permanent immunity.

But when a pregnant woman becomes exposed to the virus, it may cause severe anemia in the baby, resulting in a miscarriage. But, this rarely happens, and only about less than 5% of pregnant women have a miscarriage due to Parvovirus B19 infection.

Please consult your doctor immediately if you’ve recently been exposed to someone with fifth disease.

Toxoplasmosis is an infection caused by a parasite known as Toxoplasma gondii, which grows inside a cat and can be spread to other animals and humans.

When the parasite is passed to a pregnant woman, there are chances that she can give the infection to her baby.

It usually happens when you are infected with the parasite just before or during pregnancy.

Severe complications are more likely to occur when the infection occurs earlier in the pregnancy and can result in miscarriage, stillbirth, and a child born with signs of congenital toxoplasmosis.

If possible, don’t change the cat litter by yourself, and if you do so, please wear gloves and wash your hands thoroughly afterward.

Feed your cats with cat and/or canned food only, and avoid raw or uncooked meats. Keep your cats indoors as much as possible.

Pregnant women who weren’t vaccinated against the rubella virus and get infected during their first trimester can pass this infection to their babies and cause congenital rubella syndrome.

If a mother is infected with the rubella virus, their babies may develop severe congenital diseases.

Rubella virus infection may also cause stillbirths and miscarriages in pregnant women.

Doctors usually include checking up pregnant women for rubella immunity during prenatal care.

Please ask your doctor if you have concerns regarding the infection.

Pregnant women with the herpes simplex virus have a very high chance of passing this infection to their babies, who will be at increased risk of acquiring a deadly complication called neonatal herpes.

Pregnant women with weak immune systems infected with cytomegalovirus may pass the virus to their babies.

It will cause the baby to develop severe birth defects and other long-term health problems.

In a recent study, cytomegalovirus is known as one of the most common uterus infections, which has been linked to miscarriages.

What is a septic miscarriage?

Septic miscarriage happens when a woman experiences pregnancy loss together with intrauterine infections.

These infections usually develop in the placenta, which may spread to your uterus, pelvis, and other organs, resulting in organ failure and, in severe cases, even death.

Can you get pregnant after BV treatment?

Yes, you can try to conceive one week after your BV treatment.

Because BV is linked to preterm delivery and miscarriages, getting tested is crucial if you are already free from the infection before trying to get pregnant.

Why do I keep getting BV?

There are several possible reasons why you keep on getting BV.

You may not have received adequate treatment from your previous BV. Or you were exposed to risk factors that altered your vaginal pH balance.

If you doubt that your partner is giving you BV, remember only very few studies have shown that men can spread BV.

But if your partner is a woman, then it’s most likely that she suffers from BV and keeps passing unto you.

You both must get tested and treated for BV.

BV has been a significant cause of concern for pregnant women as it may lead to giving birth to premature and underweight babies. But, many women still gave birth to perfectly healthy babies despite having BV.

However, it doesn’t mean you will ignore BV symptoms because such an infection can still put you at a higher risk of a miscarriage, especially when you have BV during your second and last trimester.

It’s best to treat BV as early as possible with antibiotics that your doctor will prescribe, along with improving your intimate care routine and lifestyle.