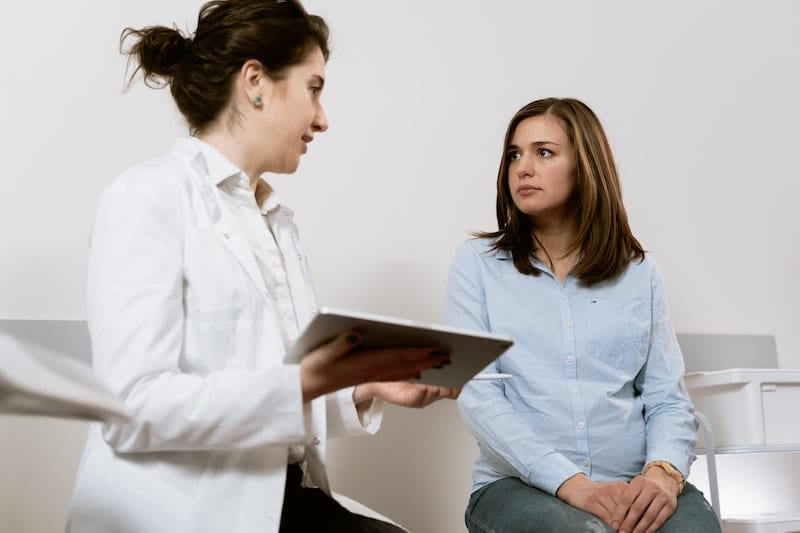 Bartholin cysts happen when fluids get backed up in the Bartholin gland due to blockage and may form a swelling on either side of the labia of the vagina. It can be caused by injuries, irritation, or extra skin on the vulvar. In addition, cysts can be infected by bacteria or STIs to form abscesses. There are several safe ways to treat Bartholin cysts in pregnant and non-pregnant mothers.

Bartholin cysts get their name from the gland located in the labia of the vagina that produces a fluid to lubricate the vagina.

The gland’s opening may be blocked, causing an accumulation of the fluid. The collection may sometimes cause a small lump, yet sometimes it may grow even as large as a softball.

When you have a Bartholin cyst, you may feel discomfort while walking, sitting, and even while cleaning yourself after visiting the washroom.

When a Bartholin cyst has no infection, it may lack pain and even subside on its own. However, infection on Bartholin cysts may cause an abscess or rather infections.

The infections may be caused by STIs or even bacterial infections, which happen to be highly contagious.

Symptoms of Bartholin abscess may include severe pain and discomfort. Swelling, tenderness, and a discharge from the cyst followed by a possible increment in the cyst’s size.

Bartholin cysts typically happen on one side of the labia and rarely on both.

They may also need to be examined and scrutinized further when they appear on women surpassing their 40th birthday.

It may portend underlying conditions like ovarian cancer or any other cancer known to affect the female reproductive system.

That may happen because vaginal secretions during pregnancy added to hormonal fluctuations make pregnant women more susceptible to infections.

In addition, such infections may spread into the cysts, creating an abscess.

Unlike non-pregnant women, you may realize cysts in pregnant women need to be addressed immediately without allowing prolonged escalation as such may affect the mother and the fetus and the easiness of the child’s delivery.

In fact, in emptying the built-up fluid, the drainage mechanism may be left in place for up to six months to ensure all fluid completely drains.

Like all parts of the body, the vulvar area of the vagina happens to be covered by skin.

As a result, the skin may experience much that can make or support the appearance and growth of Bartholin cysts and abscesses.

Injury to the skin, like from past mutilations or other abusive or extreme sexual experiences, may cause blockage to the drainage from the Bartholin gland hindering fluid flow and causing a backup.

In other cases, it may be an allergic irritation or even abrasions from something corrosive or hot.

Some people also have extra skin on that part of the skin that may support the appearance and growth of Bartholin cysts.

That happens since excess skin may increase heat build-up and make cleaning of the area more challenging, which may cause blockage and even infections.

Bartholin cysts caused by skin-related issues can affect both the non-pregnant and the pregnant alike.

The laxity and heaviness caused by pregnancy can make the latter less vigilant in genital hygiene, thus making them more susceptible.

Even though the direct causative factor of Bartholin cysts which is duct blockage, may not be transmitted from one person to another, the infections that infest it become contagious.

That may mean the presence of Bartholin cysts and abscesses may cause some sexually transmitted infections and help in the transmission of others.

Some of the commonly known STIs may include gonorrhea and syphilis.

Thus it may be advisable to abstain from sexual activity when having Bartholin cysts or abscesses.

Besides the possibility of pain and discomfort to one partner, it may also expose both of you to other sexually transmitted infections, whether or not related to the Bartholin cysts.

Some bacteria like Escherichia Coli may cause Bartholin abscess and even be transmitted by people suffering from them.

Some women may opt to sit in several inches of warm water a couple of times a day which may be instrumental in increasing their comfort and may even thaw the cyst to unblock and drain on its own.

So although it may be difficult for pregnant women, it is not entirely unachievable.

A surgeon practically opens the cysts after issuing due anesthesia in this method.

After that, the cyst gets stitched up so that there will be continued draining without the possibility of blockage.

A small tube called a catheter goes into the duct leading into the cyst during surgical drainage, allowing for continued drainage of the fluid therein.

After that, the catheter remains attached for over a fortnight to ensure continued drainage.

In cases of infection and pain, you can have antibiotics and painkillers prescribed, respectively.

However, over-the-counter medications may not augur well with your pregnancy, so you must get your prescription.

Removal of the Bartholin gland may be the last alternative after all other treatments have failed to work.

How is Bartholin cyst treated during pregnancy?

He makes a small incision in the cyst and allows it to drain.

He then inserts a catheter into the incision, where it remains for around one and a half months to enable continuous and complete drainage of the cyst.

Just like any other disease affecting the genitals and reproductive system, Bartholin cysts can be as serious as they can be painful and uncomfortable.

For the pregnant woman, immediate treatment measures need to be taken since the health of the mother and fetus may be jeopardized.

You must also remember to avoid over-the-counter medications and use only prescribed drugs, if any.