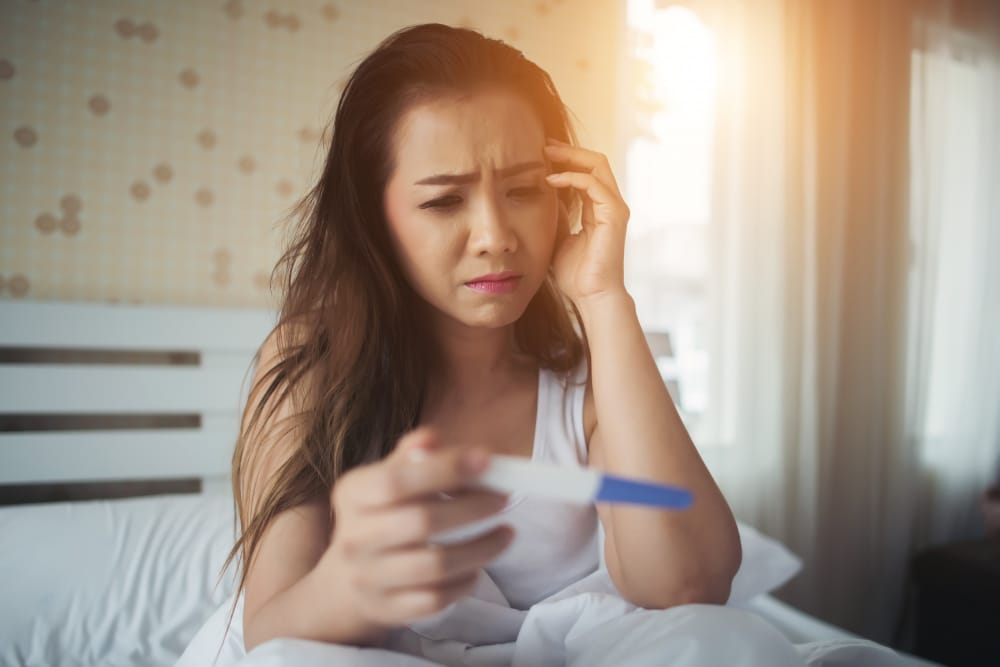 The ovulation period differs from person to person, depending on their menstrual cycle. It’s not always the 14th day after your last day of the period. Pregnancy is possible if you have sex during the 5 days leading up to the day of ovulation and even 14-24 hours after it. It also depends on your age and frequency of sex. This is why it’s essential to know your ovulation period. There are various methods available to choose from, such as basal body temperature charting, ovulation kits, ovulation apps, fertility monitor, and cervical mucus method.

Conceiving a child doesn’t depend on luck and is an actual process that might require you to know your ovulation period. Some people don’t have to put too much effort into this process, but for others, it can take a lot of planning just to be able to conceive.

The menstrual cycle and the ovulation period, which differ from woman to woman, are a couple of deciding factors to try conceiving. You might think that ovulation starts after 14 days of the period ending, but that’s not true for every woman.

So, the human body is a bit complex, and let’s see if you can conceive 4 days or even earlier before your ovulation period starts.

As I said earlier, each woman’s fertile window differs from others, which lets you know when to try conceiving.

It directly depends on how long your menstruation cycle is, which differs as some women might have periods for 3 days, others for 5, and some even do for 7-8 days. On average, it’s a 28-day cycle, and this cycle can further differ when one has irregular cycles.

The fertile window includes the day of ovulation and the time sperm can stay inside the cervix before it fertilizes the egg.

The ovulation period can be different for each person, but it might lead to unwanted pregnancies if you don’t know enough about it. It’s not just the 14th day after your last day of the period, but it’s a bit more complex than that.

Ovulation is when a mature egg is released from the ovary, and this egg then moves down the fallopian tube where it can be fertilized.

When this egg is released, if the sperm is already in the fallopian tube, there’s a good chance of them coming together and creating an embryo. When this doesn’t happen, it leads to your periods.

Now, this window is not just the day of the ovulation, but there’s a good chance of getting pregnant even a few days before or after the ovulation time. Although chances are slim during those days but never zero, you might end up conceiving.

Now, this is still just a basic time frame it’s not absolute as getting pregnant depends on the factors such as age, frequency of sex, and menstrual cycle of the woman.

A study conducted in 1995 looked at the timing of sexual intercourse with ovulation and the likelihood of conception.

Out of the 221 healthy women, there were 192 pregnancies.

Below is a table showcasing the probability of getting pregnant starting from 5 days before ovulation and leading to the date of ovulation.

When it comes to asking if you can conceive 4 days before ovulation, the answer would be yes, you definitely can, and there’s a good chance of that.

All of this can get really confusing if you don’t know when your ovulation actually begins, and you’ll be left trying to conceive. Unfortunately, all this isn’t taught in schools, so you have to learn on your own if you can’t discuss it with your parents.

5 ways to predict your ovulation window

Learning about your body and how it functions is something everyone should know if you want to protect it. Knowing about your ovulation period can help you in many ways, and only conceive a baby when you’re ready to do so.

Here are some ways to do so.

When a woman ovulates, her body temperature rises slightly. Keeping track of basal body temperature during multiple menstrual cycles can help you see the pattern that forms and know when you’re about to ovulate.

This can help you identify the days leading up to the ovulation during which you can or can’t have sex, depending on if you want to conceive or not. This method works best when you take the temperature every day around the same time and same place.

Multiple factors can hinder your temperature, so be aware of them.

These are pretty easy to use and work similarly to using a pregnancy kit to see if you’re pregnant. These are also urine-based tests that you can use anywhere to detect your ovulation period. They detect the hormone LH, and this is the hormone that spikes up as ovulation approaches.

Several kinds of kits are available, from the cheaper ones, paper strips, to the expensive digital ones. A digital one does make it easy to understand but is pricier than the paper strip ones.

Each has its own pros and cons, and it depends on the ease of use and money you’ve got to spend.

Our world is increasingly becoming tech-savvy, and with that comes the ovulation apps. These fertility apps help you keep track of your whole menstrual cycle and notify you of the days of your fertility window. Days are easily marked when you’re nearing your ovulation period, and some features might require you to make an in-app purchase.

Some apps even let you keep track of your PMS sexual activity, which gives you an overall experience of the whole cycle. It can be great for those with irregular periods as the apps gather all the past information to narrow down the dates when your period would be arriving.

A fertility monitor is a smartphone-connected device that helps you identify up to 6 fertile days of your cycle.

It enables you to track your ovulation at your home by measuring estrogen levels and LH hormone and even understands your cycle variations. They work by measuring body changes such as BBT, heart rate, and breathing.

You see, when you’re nearing ovulation, there’s this thick discharge that is rubbery and a bit sticky and stretches a bit. While it all sounds weird, every woman experiences it, some more than others.

This is a sign that ovulation is nearing, and the cervical mucus method is one such way by observing its pattern. You’ll have to monitor your vaginal secretion pattern for at least a month to use this method.

When you keep track of it every day, you become aware of a thicker discharge and when the fertility window opens.

Why didn’t I get pregnant when I was ovulating?

It’s a simple fact that you won’t get pregnant if you’re not ovulating. The point which everyone believes to be true is that your ovulation is on every 14th day of your menstrual cycle isn’t true.

In fact, each person’s ovulation period differs from one another depending on their menstrual cycle.

If you have irregular periods, then your ovulation period will differ. To know the correct time of ovulation, use various methods to calculate it precisely.

How long should you keep sperm inside to get pregnant?

Although these things work on their own and you don’t have to sit in a particular position or do anything special, doing a few things might help increase the chances.

You can try staying in bed for 20 minutes to an hour to help aid the sperm. You can put your knees together or place your feet on the wall with hips on a pillow to increase the chances.

Is it normal not to conceive straight away?

It might be pretty tricky for some people to conceive right away and easier for others. It depends on many factors such as ovulation period, sperm quality, the hospitable environment of the uterus, etc.

How long can the sperm survive before ovulation?

Learning about your menstrual cycle and things attached to it, such as the ovulation period and fertility window, is essential to know when there’s a higher chance of getting pregnant. This is vital for when you want to conceive and when you don’t want to avoid unplanned pregnancy.

Every woman’s ovulation period differs depending on their menstrual cycle, but 5 days leading up to ovulation day and even the day after, you can get pregnant. There’re various methods to know your ovulation period. If you want to take complete control of your body, it’s essential to learn everything about it!