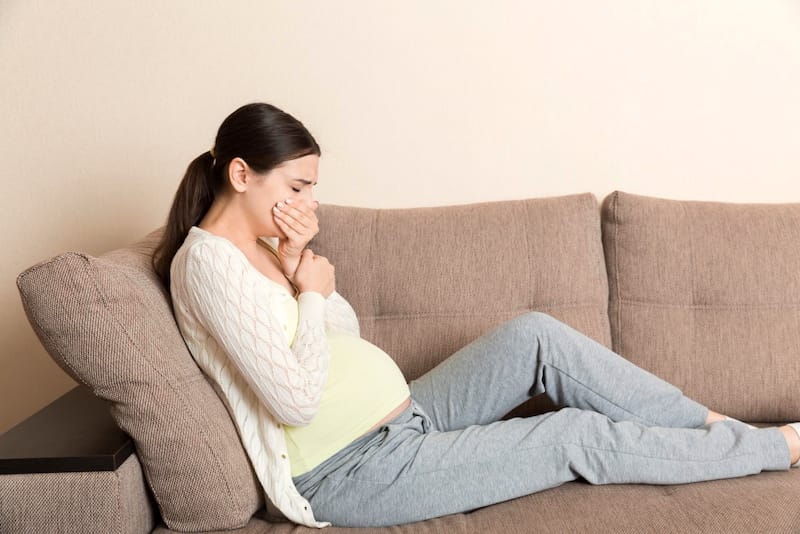 Ceviche is a tasty raw fish appetizer, but not when you’re pregnant. You could accidentally end up eating it, but it’s not necessary you’ll get a listeria infection from one time. Look for signs or symptoms like fever, chills, muscle ache, diarrhea, and vomiting. Make sure you don’t confuse it with flu symptoms, and remember if you recently ate raw seafood. If you see mild signs, it can be managed at home by drinking plenty of fluids and eating bland and non-greasy food. But if the symptoms become severe, it’s best to seek immediate help. In either case, please inform your doctor, so they know how to help you in the future. Ceviche during pregnancy is safe to consume if cooked properly.

Every pregnant mom knows the foods she must avoid during her pregnancy to avoid harming the baby’s development. While you might know ceviche is one of those items, you could be looking at this article to find a solution if you accidentally ate them.

It’s a tasty appetizer, and accidentally eating it could raise various concerns. While there’s a higher chance of pregnant people getting sick, affecting the baby’s growth, or having severe side effects, that’s not always the case.

When trying to find solutions to what to do next, the right way to go about this is to look for the signs and symptoms that could mean something is wrong. Let’s look at what you need to look out for to determine if that ceviche is affecting you or not!

What are the warning signs to look out for?

Ceviche, a raw seafood snack, can have parasites or bacteria like Listeria, and it can cause an illness known as listeriosis, a severe type of food poisoning.

While the risk of food poisoning for ordinary people isn’t that common, it’s ten times higher for pregnant women.

It’s essential to look for the symptoms responsible for this food poisoning and notice if you’re experiencing something similar.

With something like vomiting and diarrhea, one of the common side effects is suffering from dehydration as the body loses lots of fluids.

Even if the effects aren’t visible immediately, there’s a chance of seeing the signs and symptoms for the next two months.

Sometimes women don’t get physically sick but pass on the infection to their babies. It may result in grave issues like miscarriage, stillbirth, or early labor.

Your unborn child can be affected in various ways or have lifelong health issues such as paralysis, seizures, blindness, intellectual disability, brain disorders, kidney problems, or heart problems.

It’s another type of food poisoning caused by salmonella bacteria and can affect your baby by eating uncooked seafood too.

Salmonellosis symptoms are similar to listeriosis but include belly pain and blood in your poop as additional signs. Immediately call your doctor if you see these signs.

What to do if you accidentally ate ceviche while pregnant?

If you accidentally end up consuming ceviche because you forgot you were pregnant, which can happen when you’re in the first trimester.

You’re still not used to this fact, or because you gave in to your cravings, there’re ways to deal with it.

It’s good news if you only ate a small portion and didn’t consume a lot of ceviches because this amount won’t probably affect your baby immediately. However, this doesn’t eliminate the possibility of food poisoning.

You must notice if you can see visible symptoms of food poisoning. You should visit your doctor and tell them your situation when you notice the slightest signs.

Can you eat cooked ceviche during pregnancy?

There are a lot of items pregnant people aren’t allowed to eat during this time because it could directly hamper their baby’s development in many ways.

Fish in ceviche is uncooked, which is one of those things which you shouldn’t be eating during this time, but that doesn’t mean you have to give up seafood entirely.

Eating properly cooked seafood is your safest bet during pregnancy if you’re craving the taste of it.

When it comes to eating ceviche, it’s alright to consume a cooked version until the internal temperature is 145°F or 62.77778°C.

It helps kill any bacteria and parasites in the seafood, making it safe to consume for the baby. You can use a meat thermometer to know the correct temperature.

While you should avoid types of fish with high levels of mercury, some excellent choices are available, such as freshwater trout, catfish, herring, shrimps, cod, or salmon.

The U.S. Food and Drug Administration has a set guideline for pregnant people on how much fish is safe to consume in a week.

These are rich in omega-3 fatty acids, which are good for your baby’s development. But also are a source of vitamins and minerals like vitamin B12 and D, iron, zinc, iodine, and many others.

Make sure you have pasteurized ceviche because the unpasteurized version may contain bacteria such as E.coli, which may cause food poisoning and is unsafe for consumption.

Going for pasteurized lime juice for the marinade citrus juice is preferable if you wish to eat it. While other citrus juices are used too, lemon juice is considered a better option.

Another helpful tip is to make it a homecooked meal instead of consuming it from the outside because you can ensure it’s safe to consume.

There’re plenty of recipes out there that you should look into before making it yourself. Consult your healthcare provider before consuming any type of fish.

If you start seeing the symptoms fix an appointment with your doctor immediately. Though the treatment depends on the severity of the issue, doctors recommend antibiotics to help keep your baby safe.

You would be required to drink lots of water or suck on ice chips to remove all the toxins from the body. You won’t be able to keep anything down, so this is the best thing to do during this time.

Eating bland and non-greasy foods will help keep things down and eat them slowly not to upset your stomach.

Dehydration can be terrible for you and your unborn baby. If you start vomiting, call your doctor.

What happens if you accidentally eat raw fish when pregnant?

Eating raw fish during pregnancy is told to be avoided because it’s raw, and there’s a high chance of bacterial contamination, which can lead to food poisoning and harm the baby.

But if you accidentally eat it once, there’s nothing to panic about the situation. See if you have any symptoms within the next hour, but if you don’t, keep a watch for the next two months.

Usually, there’s nothing to worry about, but if you’re panicked, see your doctor for professional advice.

Can I eat a raw shrimp cocktail while pregnant?

It’s best not to consume seafood, but if you’re craving it, ensure you’re consuming cooked shrimp to avoid food poisoning.

Shrimp is a seafood item with a low mercury content, so it’s pretty safe to eat when cooked. But make sure it’s not past its best date, has been refrigerated and stored correctly, and hasn’t been near raw seafood.

Can you eat ceviche while breastfeeding?

As soon as you’re done with your pregnancy and out comes the baby, you can safely eat raw seafood again.

While raw seafood can harm your baby during pregnancy, it isn’t harmful when consumed during breastfeeding.

How to avoid food poisoning during pregnancy?

But there’re other ways you might get food poisoning, too, and it’s essential to follow a few steps such as:

– Washing hands right before eating and after using the washroom.
– Washing hands after touching any animal or anything related to them.
– Avoid eating at unsanitary places or places you’re unsure of the quality.
– If you’re making your own seafood dishes, ensure you have fresh fish, store them well, and use different knives.

Accidentally consuming ceviche can make any pregnant person go crazy and immediately think about the consequences. While there’s a higher chance of getting food poisoning during this time, you’re not necessarily getting it.

Keep a lookout for the signs of food poisoning. It can be treated at home if the signs are mild with your doctor’s aid, but if it starts getting severe, get immediate help.

It’s best not to consume ceviche from an unknown source. If you’re craving it really bad, try to make a cooked ceviche at home. Cooked fish is entirely safe to consume since the cooking has killed the bacteria.